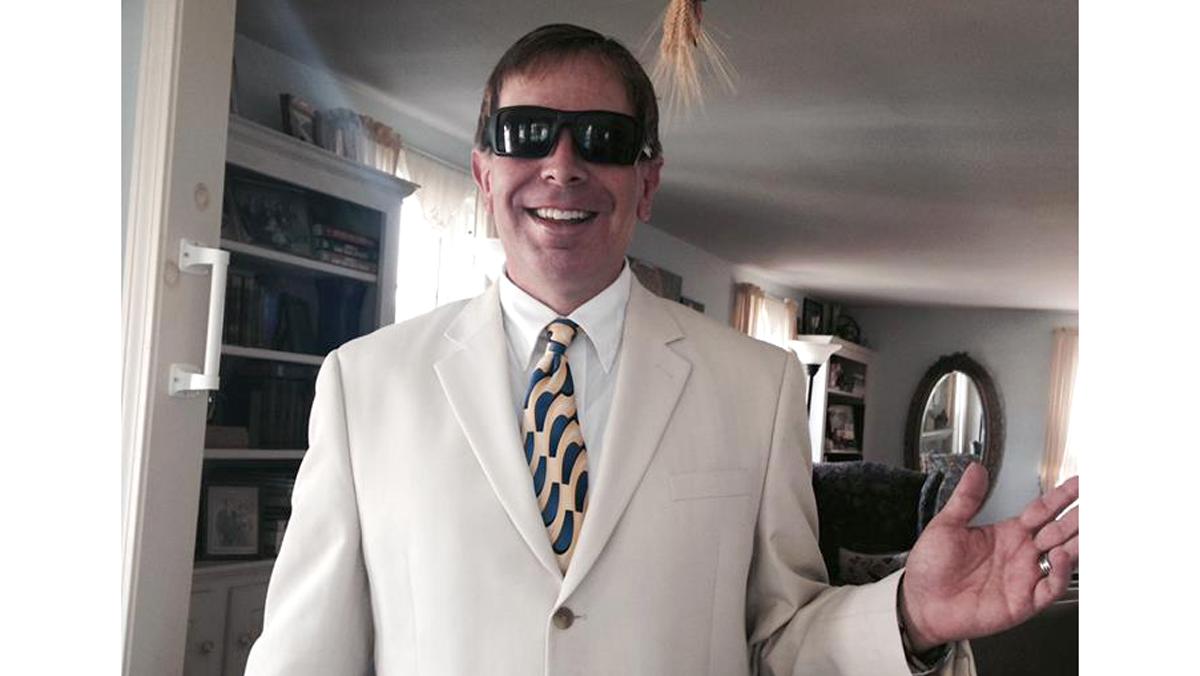 Courtesy of Facebook
Richard Rainville, lecturer in the Department of Modern Languages and Literatures, died Nov. 9. Rainville taught at Ithaca College from 1990 to 2003, and returned to teach part time in Spring 2018.
By Rachel Heller — Staff Writer
Published: November 14, 2018

Richard Rainville, lecturer in the Department of Modern Languages and Literatures, died at age 53 on Nov. 9.

Rainville taught at the college from 1990 to 2003 and returned Spring 2018 to teach Spanish courses part time. He died due to a medical emergency. In an email sent to the college community about Rainville’s death, Michael Richardson, interim dean of the School of Humanities and Sciences, said Rainville remains for him “an inspiration and an ideal of the dedicated teacher.” Dave Maley, public relations officer at the college, said he cannot release what the medical emergency was without family permission.

The college held a remembrance service in Muller Chapel on the afternoon of Nov. 9 to honor Rainville’s memory and provide support for the community.

Originally from Rochester, New Hampshire, Rainville received his B.A. from Colby College and his M.A. from Cornell University. In addition to teaching at the college, Rainville taught at Cornell University from 1989 to 1990, Hobart and William Smith Colleges from 2003 to 2007, St. Thomas Aquinas High School from 2007 to 2012 and at Ross School, according to Rainville’s Linkedin.

Rainville also spent time helping others to become teachers. At the college, Rainville led the training sessions for all teaching assistants for language courses. He also served as a student–teacher supervisor at Ithaca High School.

Richardson said Rainville was one of the first faculty members he met when he began working at the college in 1998. Rainville helped him get settled in and start his teaching career.

“He played a really important role in my development as a teacher,” Richardson said. “He was someone who had such a clear interest in talking about teaching and talking about pedagogy that it was very easy for me as a new faculty member to engage him in conversations.”

Rainville always seemed to be in good spirits and energized any room that he entered, Richardson said.

“Sometimes, it would be Friday, and he’d come in, and he’d have on a Hawaiian shirt or a colorful shirt, and he would just lighten the mood,” Richardson said. “You could tell when he was in the room or not in the room because he had a real presence to him.”

Paula Twomey, lecturer in Department of Modern Languages and Literatures, said she knew Rainville since the 1990s, back when he worked as the college supervisor for student teachers and she taught Spanish at Ithaca High School.

When Rainville returned to teach at the college, his office was right next to Twomey’s. Twomey said they were both “early birds” and would spend the mornings talking to each other about pedagogy, Spain, Latin–American movies and how to be effective teachers.

Twomey said Rainville was devoted to his students and acted as an advocate for them.

“Rick was a very dedicated teacher throughout the time I knew him,” she said. “I admired him for his energy and enthusiasm in the classroom.”

Several students at the college who were enrolled in one of Rainville’s classes in Fall 2018 said he was a passionate and energetic teacher.

Junior Charles Novack said it was clear that Rainville loved teaching Spanish. Rainville would even spend time on his days off to meet with his students, Novack said.

“He loved helping everyone become fluent in Spanish and to make students feel comfortable learning the language, making it easy for everyone,” Novack said. “He is missed by his students.”

Freshman Leticia Guibunda said that because Portuguese is her native language and she had already taken Spanish classes in the past, Rainville made efforts in class and through exams to make sure she still felt engaged.

“He would try to challenge me so the class was still interesting, even with my background knowledge in the language,” Guibunda said. “I think he was a great teacher.”

One day in junior Savanna Lenker’s Spanish class that Rainville taught, two students engaged in a debate that got intense, Lenker said.

During the following class, Rainville told his students how impressed he was that despite the heated discussion, the students were still able to forget their differences and love each other, Lenker said.

“I think he had an incredible ability to bring messages of love and acceptance into the Spanish classroom,” she said.

The Department of Modern Languages and Literature in the School of Humanities and Sciences has opened a new initiative to involve interested students in a series of global linguistic experiences.