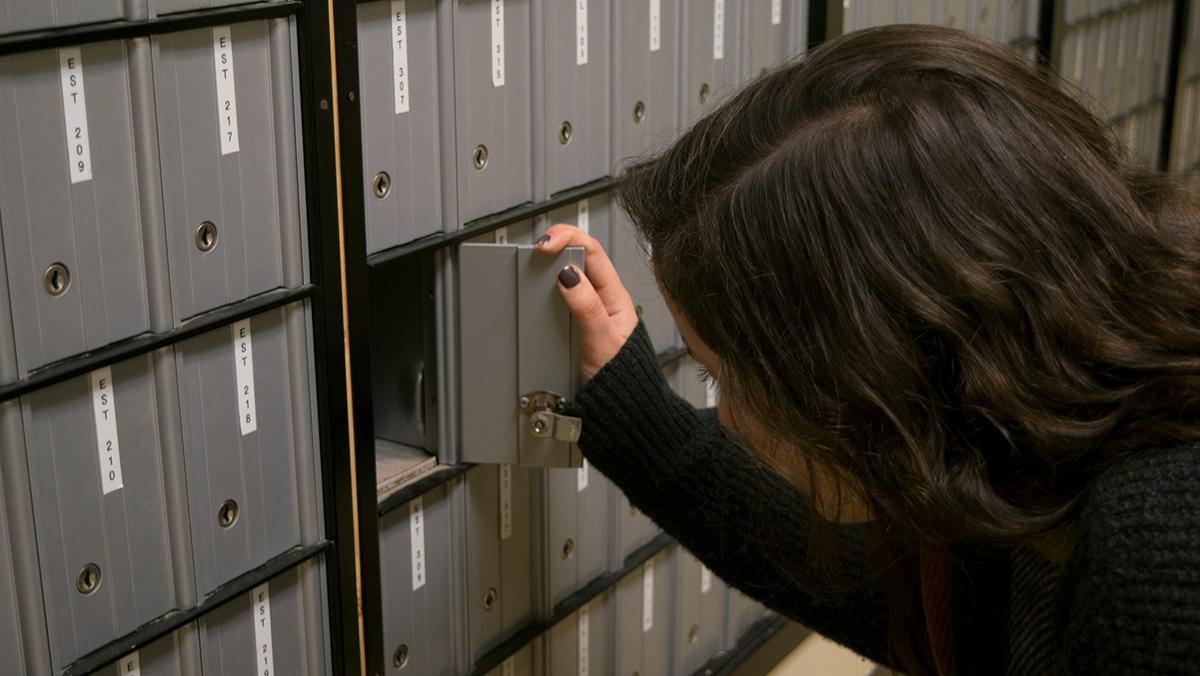 Photo illustration by Kiara Bush/The Ithacan
Many students complained on social media before and after election that their absentee ballots never arrived in the mail, despite requesting them before their state's absentee ballot voting deadlines.
By Falyn Stempler — Staff Writer
Published: December 6, 2016

Frustration overwhelmed a portion of Ithaca College students while they watched the 2016 election results unfold, knowing they did not contribute a vote. However, it was not a lack of responsibility or ambition to get an absentee ballot that stopped them from voting — their absentee ballots did not show up.

Many  students shared on social media the day after the election that their absentee ballots either came too late in the mail or never came at all despite applying for it before their respective deadlines. Absentee ballots are obtained by applying through one’s voting municipality by the state-specific deadlines. These issues affected counties across the country.

When freshman Danielle Mizrahi began to worry that her absentee ballot had not arrived as the election approached, she tried to call her voting municipality office — located in Middlesex County, New Jersey — to figure out the problem. The county clerk told her the ballot application was received too late, though she said she sent her absentee ballot application Oct. 24, eight days before the Nov. 1 deadline. The representative on the phone then told her if Mizrahi filled out a certain form, a relative could vote in her place. When Mizrahi’s sister attempted to do this, she said she was informed by a different representative at the clerk’s office that this method was not a possibility.

“I am angry and upset that I was not able to vote in such an important election,” Mizrahi said.

Misinformation from voting municipalities is not the only reason students did not receive their absentee ballots: For some, issues emerged with the U.S. Postal Service.

An absentee ballot never arrived in sophomore Jourdyn McQueary’s mail, either. When she called her Lucas County, Ohio, voting official, they told her they had postmarked her absentee ballot Nov. 7, which was the day of the absentee ballot postmark deadline. This all occurred after her first absentee ballot application, which she sent in the beginning of October, was denied because of suspected signature fraud. She said she knows many other students from her hometown who had similar experiences.

Coming from a swing state, McQueary said she was particularly distraught as a Hillary Clinton supporter because Ohio went to Donald Trump.

“It was really upsetting, mostly because of what was riding on this election,” McQueary said. “Watching Ohio go to Trump was a bitter pill to swallow.”

Dora Anderson, a campaign finance board member from Lucas County, said many of these peculiar disappearances of ballots and late ballots are the fault of the Postal Service.

“Ballots weren’t getting to where they were supposed to on time, and we don’t know why,” Anderson said.

In this particular election, she said, there seemed to be significantly more issues with absentee ballots in Lucas County, Ohio, than in past election seasons.

The Columbus Dispatch reported Nov. 28 that hundreds of absentee ballots in northwest Ohio, where Lucas County is located, were reissued because they were never received. According to the article, these ballots were lost in the mail and were found in a Michigan post office. Similar situations have been reported in Florida and California.

Freshman Jennifer Houbre said she assumes she had the same problem as McQueary because she did not receive her absentee ballot in the mail, either. Though she waited until Election Day to call her Saratoga County Board of Elections, when it was no longer possible for her to vote, she said a county official told her not only was her application not received but she was not even on the list of late applications. The implication, she said, was that her application must have been lost in the mail.

She said she is frustrated with the voting process due to the complications with the absentee ballot.

“All I have to say is this was really discouraging as a first–time voter,” Houbre said. “It shouldn’t be this hard for young people, or anyone, to vote.”

Karen Mazurkiewicz, a corporate communications field contact from the Postal Service, said the post office focuses particularly on election mail, absentee ballots and other political mail during election season. However, she said mail is still consolidated and delivered in bulk to the college as usual.

“It’s a really important matter in the Postal Service, so we put a lot of focus this time of year because we want to make sure every piece of mail we are entrusted with gets delivered,” Mazurkiewicz said.

She said that unfortunately, there’s really no way to pin down exactly what happened to a lot of missing and late absentee ballots.

“It is impossible to say what has happened, but from our end, we want to know if it’s an issue,” Mazurkiewicz said.

She said her office, a USPS office of Central Pennsylvania and Western New York districts, and the post offices in Ithaca typically receive calls about concerns regarding mail, but she said they did not receive any complaints about absentee ballots. When the mailroom was informed that people didn’t receive their absentee ballots, she said, the staff was upset.

This trend does not only apply to Ithaca College students. Sophomore Olivia Corn, who attends Cornell University and lives in Manhattan, said she sent her first of three absentee–ballot applications in September. Eventually, she called her county to check on her voting registration status, and officials said her ballot was mailed out Nov. 5, so when it arrived Nov. 8, there was not enough time for her to mail back her ballot.

Corn is president of Cornell College Republicans. She said she dreams of running for public office one day and that not being able to vote was particularly upsetting.

“This is probably going to be the most important election in my lifetime, and I didn’t get to express my opinion,” Corn said.

Tom Connolly, a spokesperson for New York State Board of Elections, said he received many last–minute phone calls of panicked people who had not received their absentee ballots in time to vote. He said most boards have absentee ballots ready to send out until the deadline for registered voters, but complications can arise. He said this issue boils down to obstacles with the mailing process in the Postal Service.