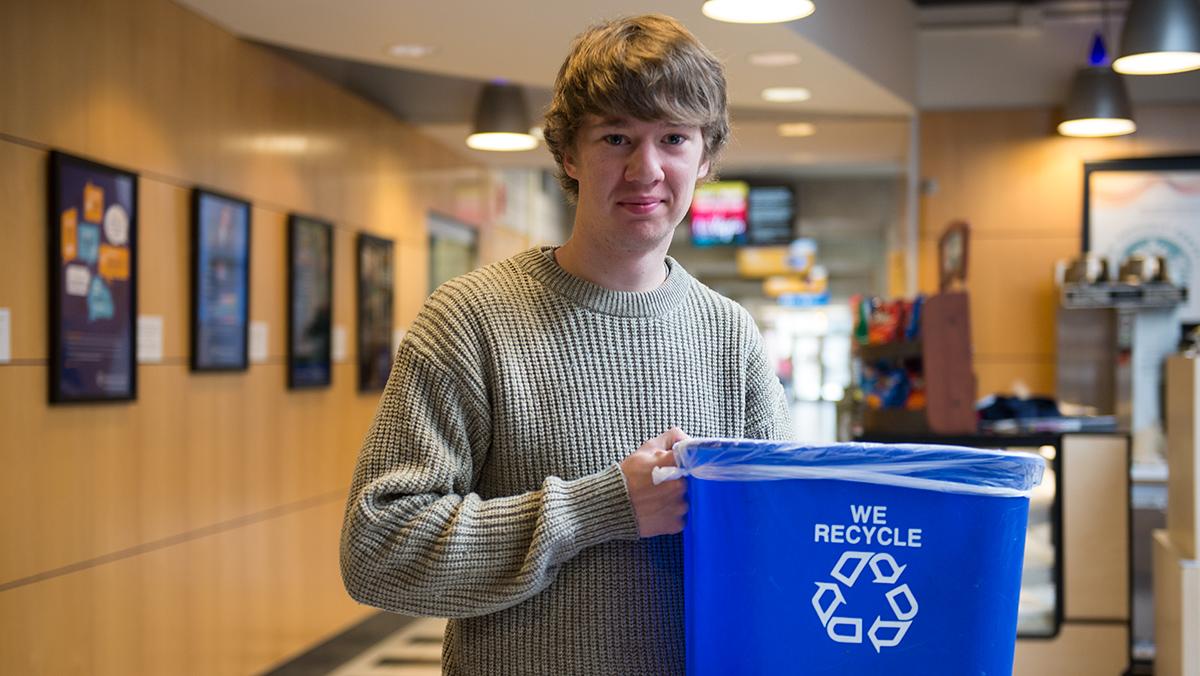 Ithaca College is participating in a recycling competition against over 150 colleges and universities in the United States and Canada beginning Feb. 5.

This will be the college’s 12th year participating in Recyclemania, a competition encouraging schools to reduce waste on their campuses. For two months, the participating schools will measure and report the amount of recycling and trash collected each week.

Enderle said the Eco-Reps are planning to promote Recyclemania through setting up informational tables and hosting a video contest, among other events.

Greg Lischke, director of energy management and sustainability, said he hopes the Eco-Reps are able to work together effectively with Ithaca College Dining Services and the campus community on the competition.

“The event spans several months, and my hope is that we move forward together in an effective manner throughout the competition,” Lischke said.

Enderle said he hopes the college community gains a culture of recycling and composting from the Recyclemania competition.

“Not only to know it for this semester, but to carry it onwards so we continually improve and make it more part of the culture,” he said.