WATCH: Ithaca community rallies at March for Our Lives

Eden Strachan/The Ithacan
On March 21, Ithaca College students gathered outside Textor Hall to march together down to the Ithaca Commons for the March For Our Lives protest.
By Falyn Stempler, Sophia Adamucci — Assistant News Editor, News Editor
Published: March 25, 2018

The crowd at the March for Our Lives rally in Ithaca listened in silence as a musician sang, “Now is the time to make justice real for all our children.” The rally was held on March 24 in conjunction with the national movement calling for stricter gun control in response to the mass shootings that have occurred in schools throughout the United States.

Ithaca’s rally was held at the Bernie Milton Pavilion, was planned by Tompkins County Legislator Amanda Champion and was attended by hundreds of people from the community. Separate marches at Cornell University and Ithaca College were planned by students, and participants marched from both campuses to The Commons.

Ithaca’s March for Our Lives event was one of 846 marches to protest gun violence and promote legislative gun control. Marches were held in every state in the U.S. and on every continent, besides Antarctica, according to the March for Our Lives website. These marches were planned in reaction to a mass shooting at Marjory Stoneman Douglas High School on Feb. 14 in Parkland, Florida, which left 17 people dead. 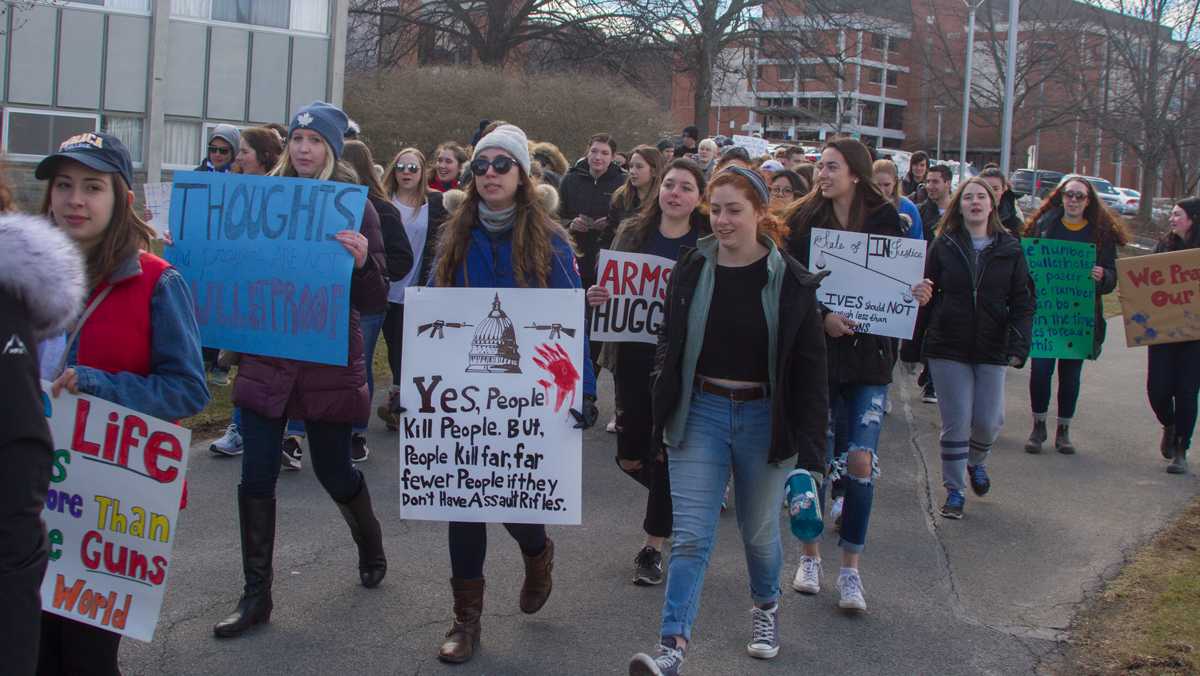 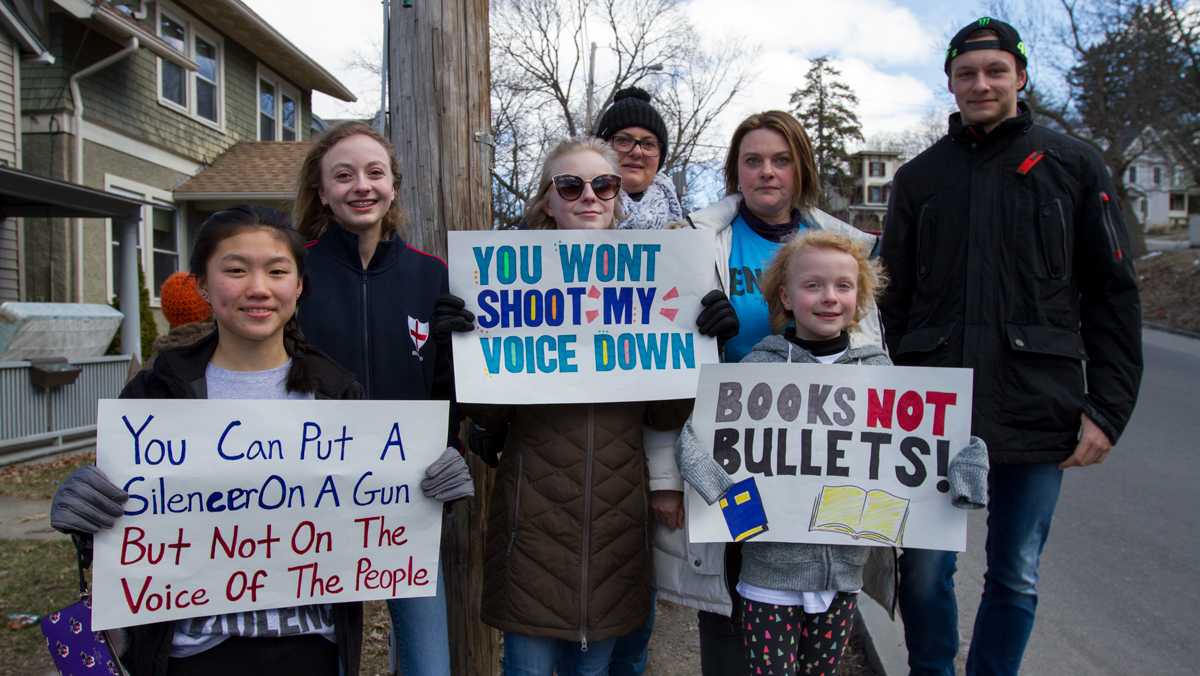 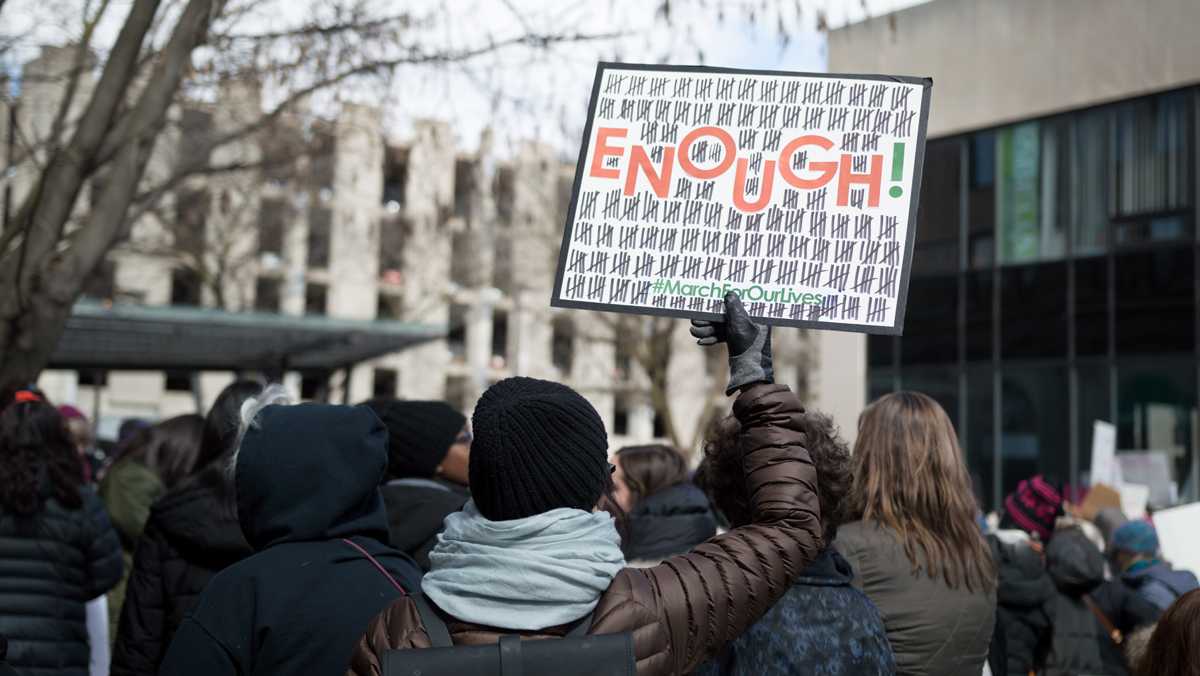 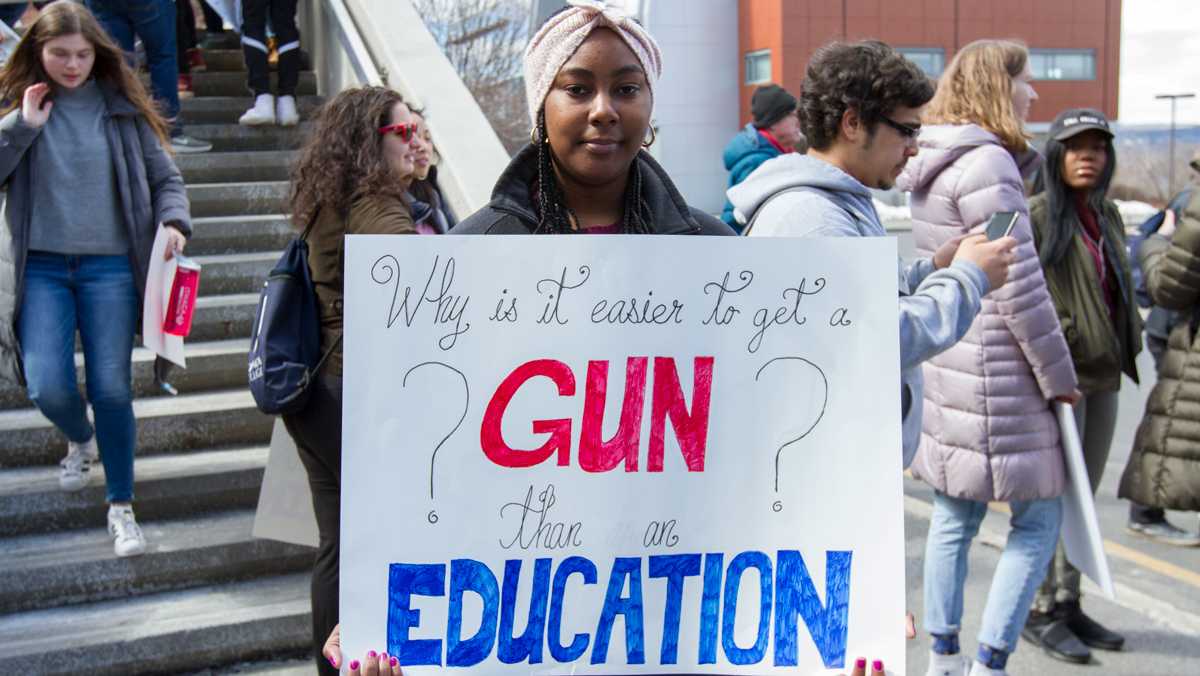 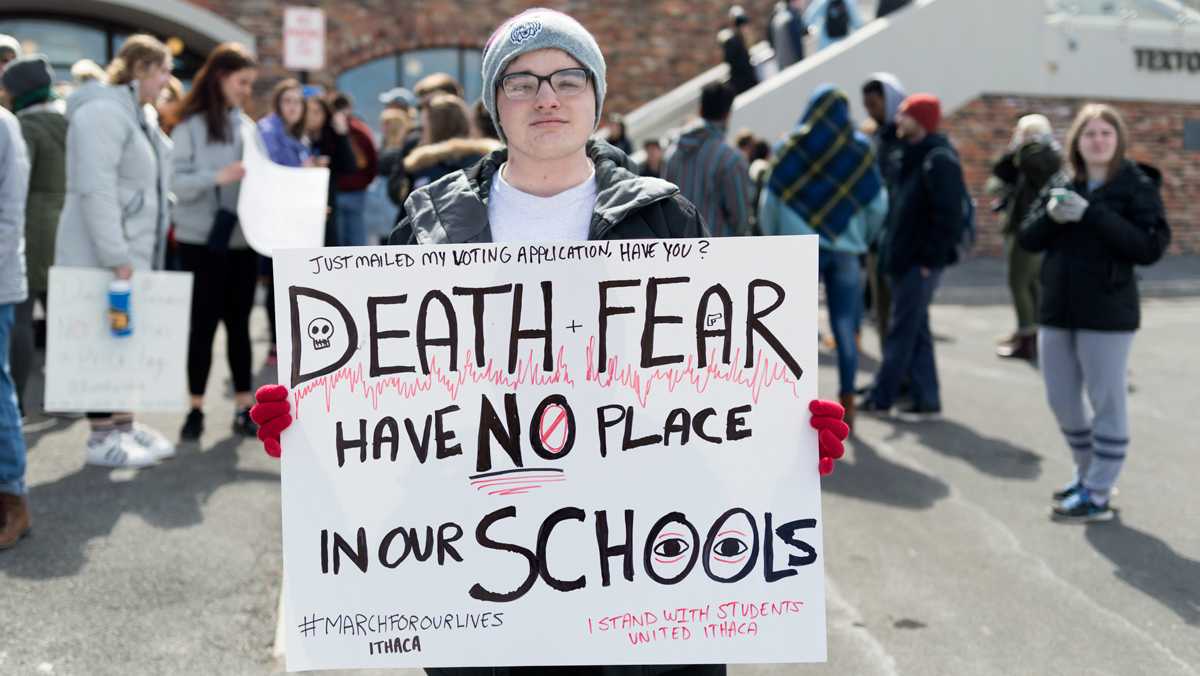 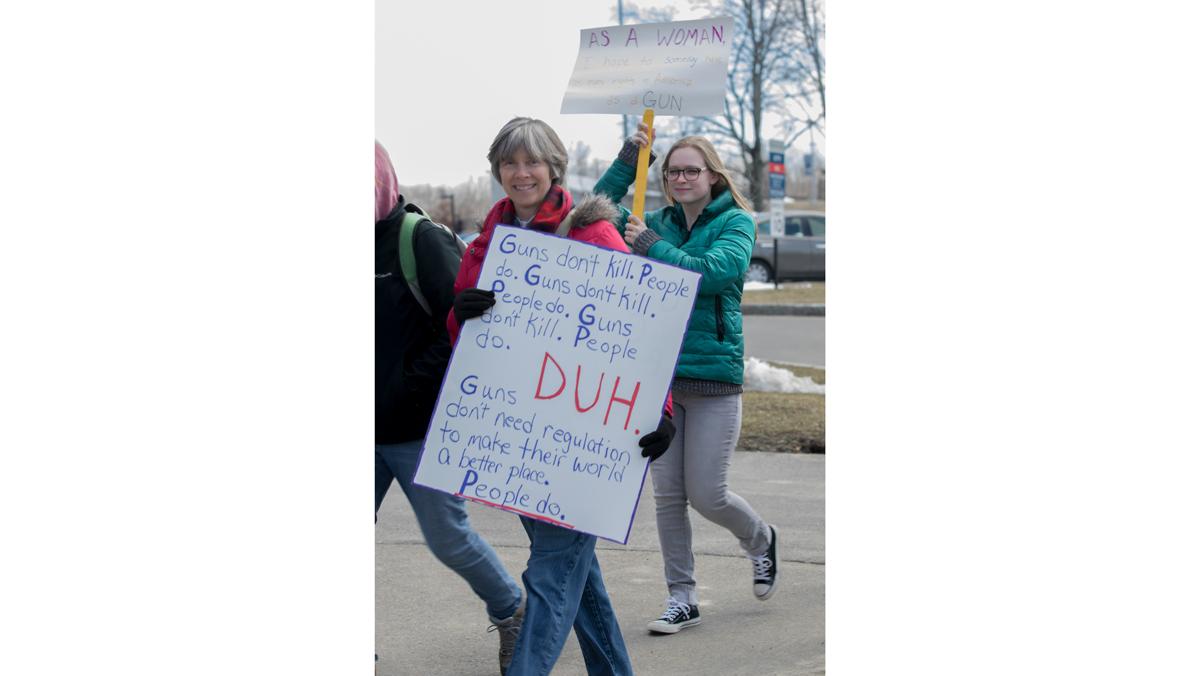 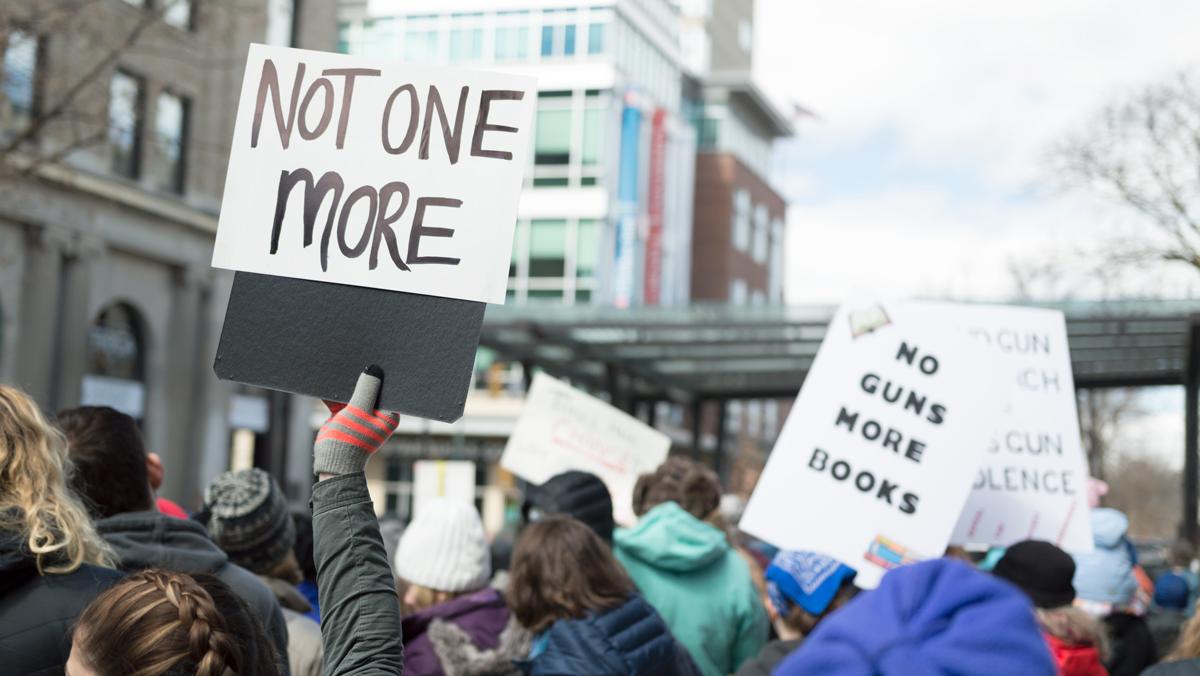 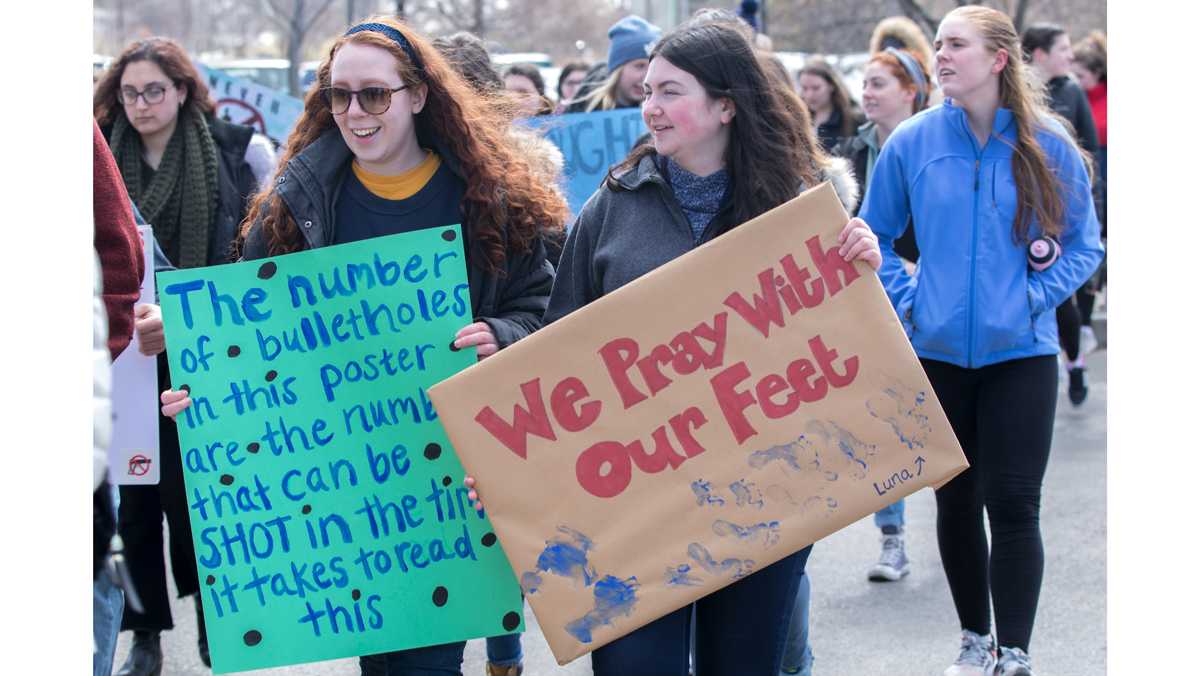 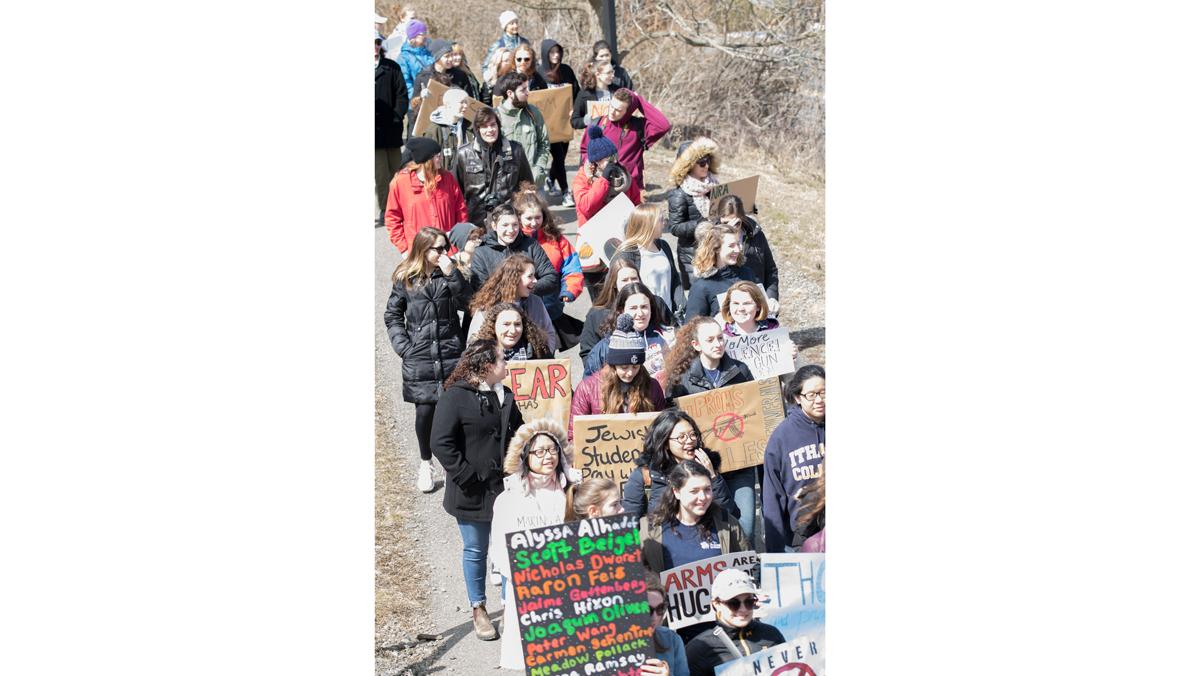 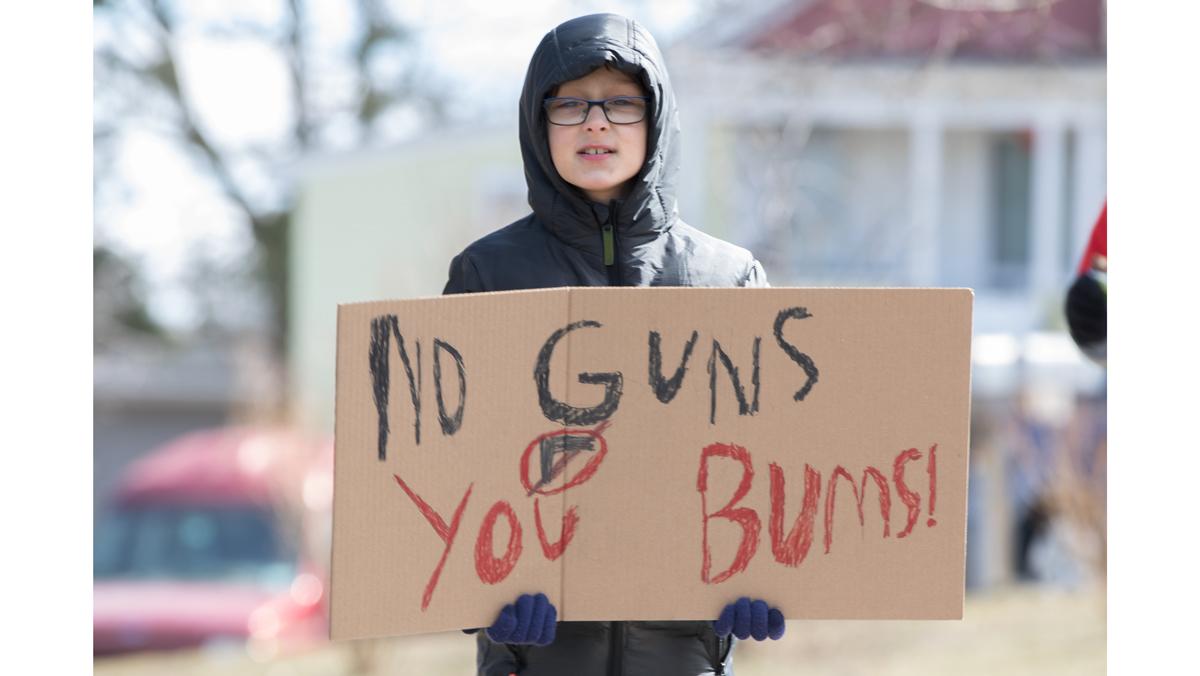 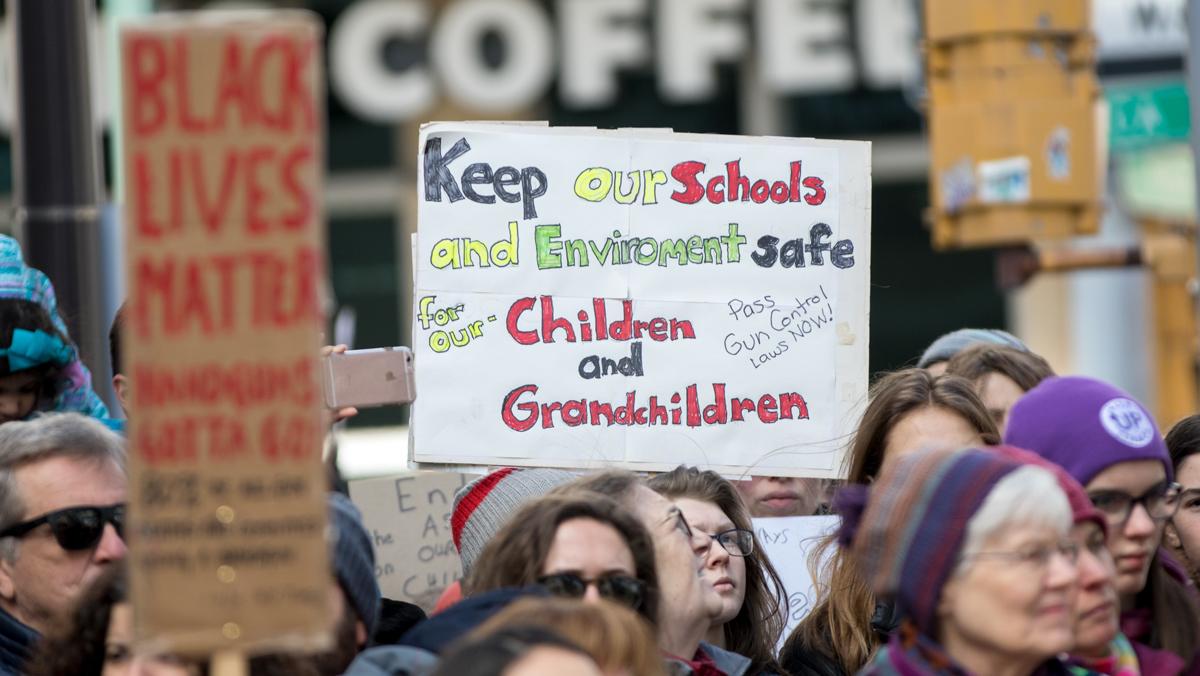 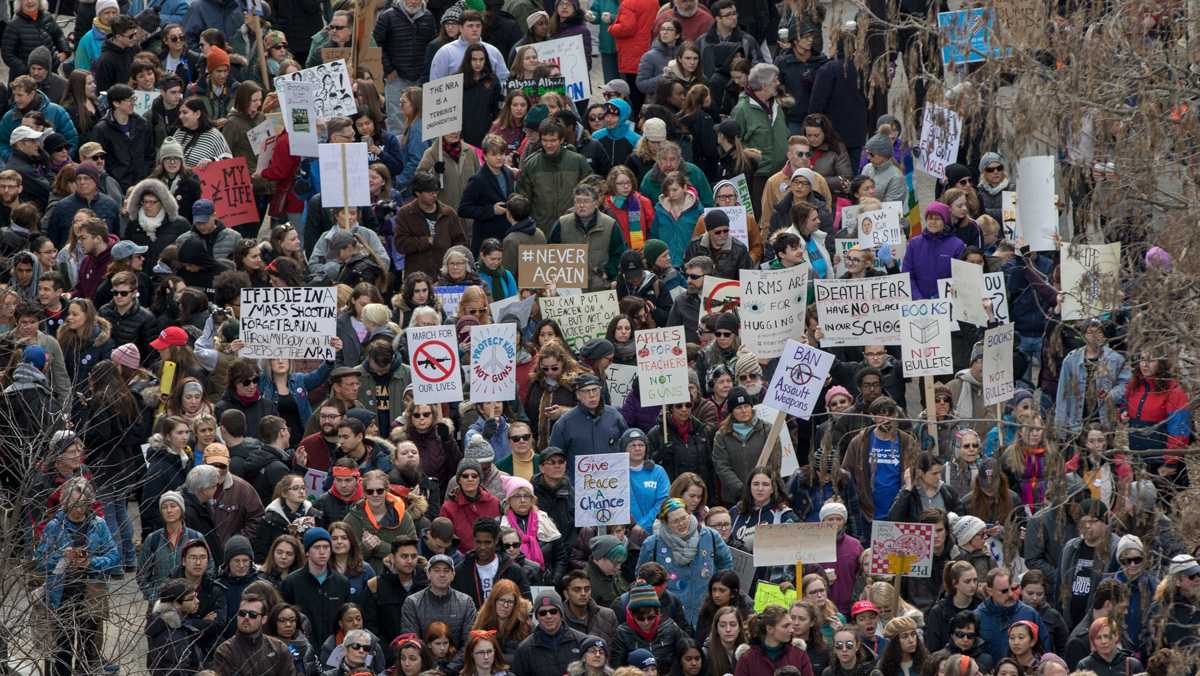 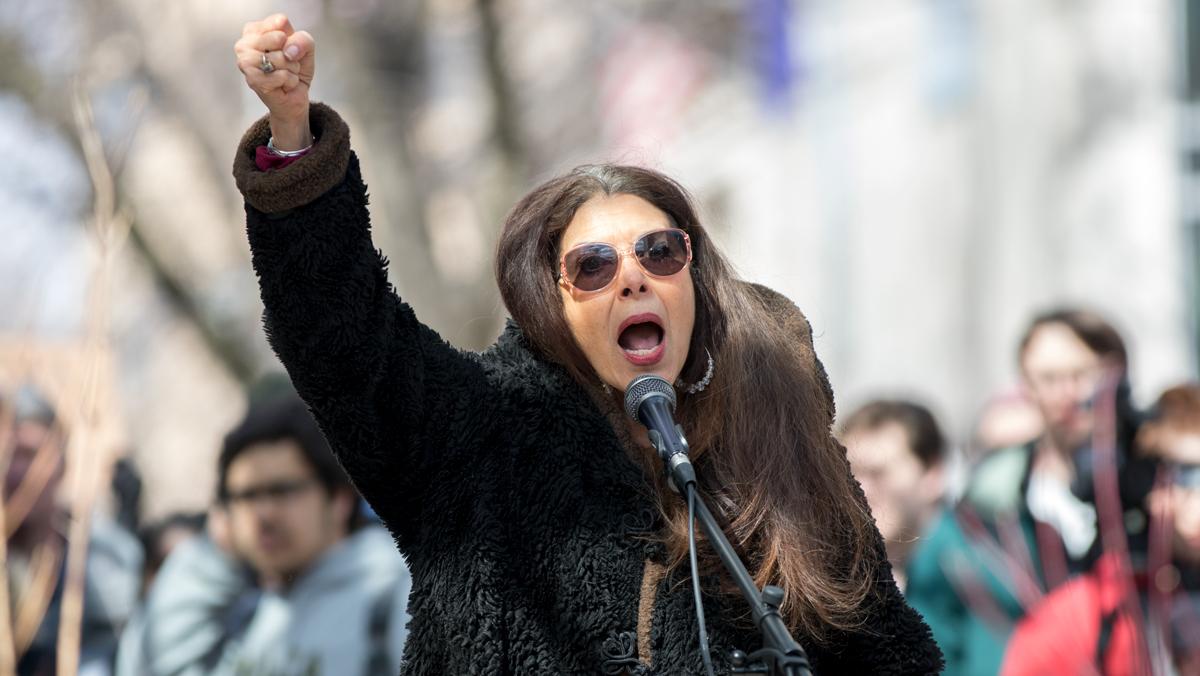 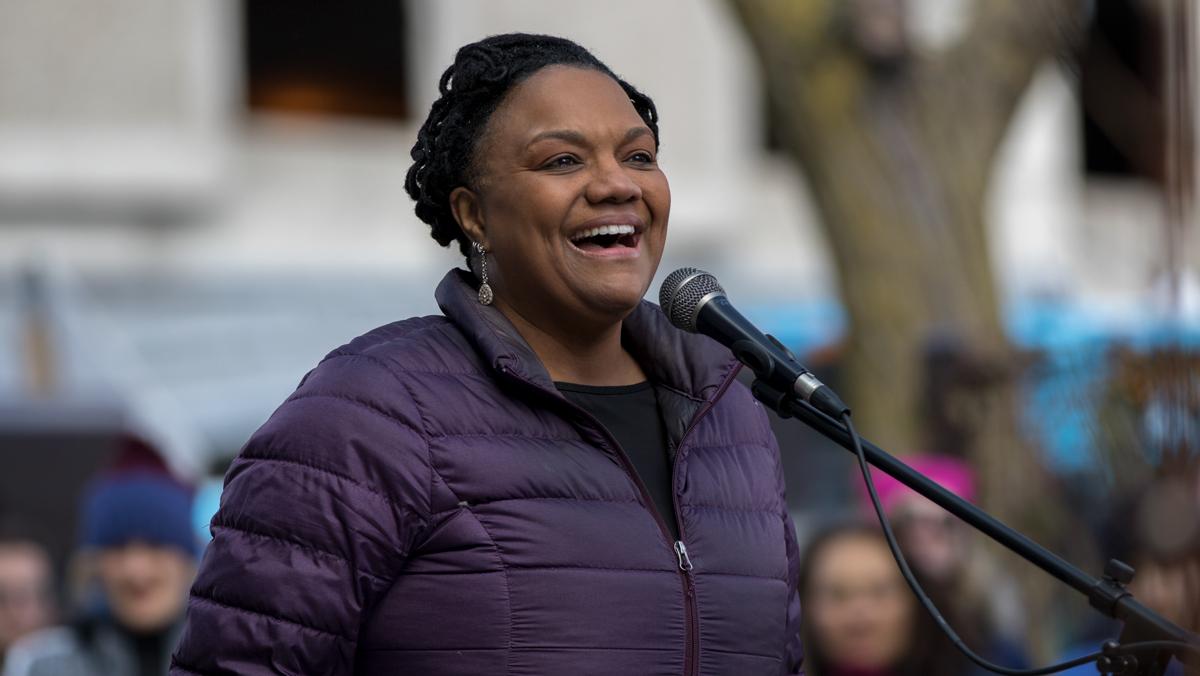 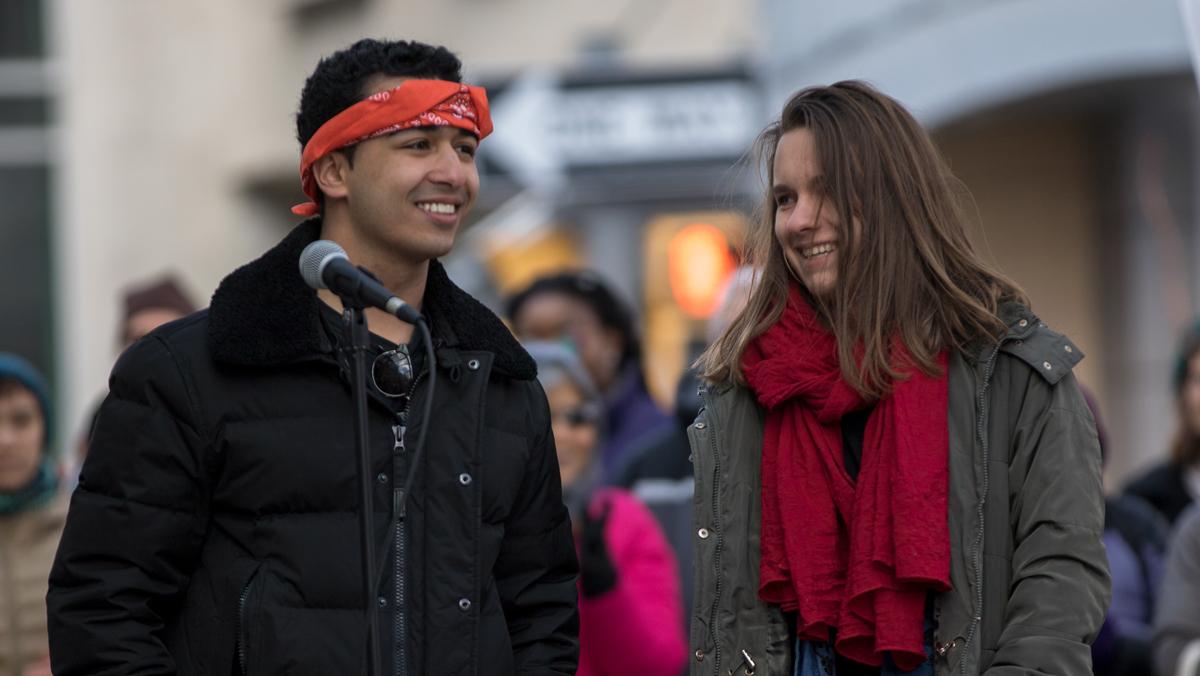 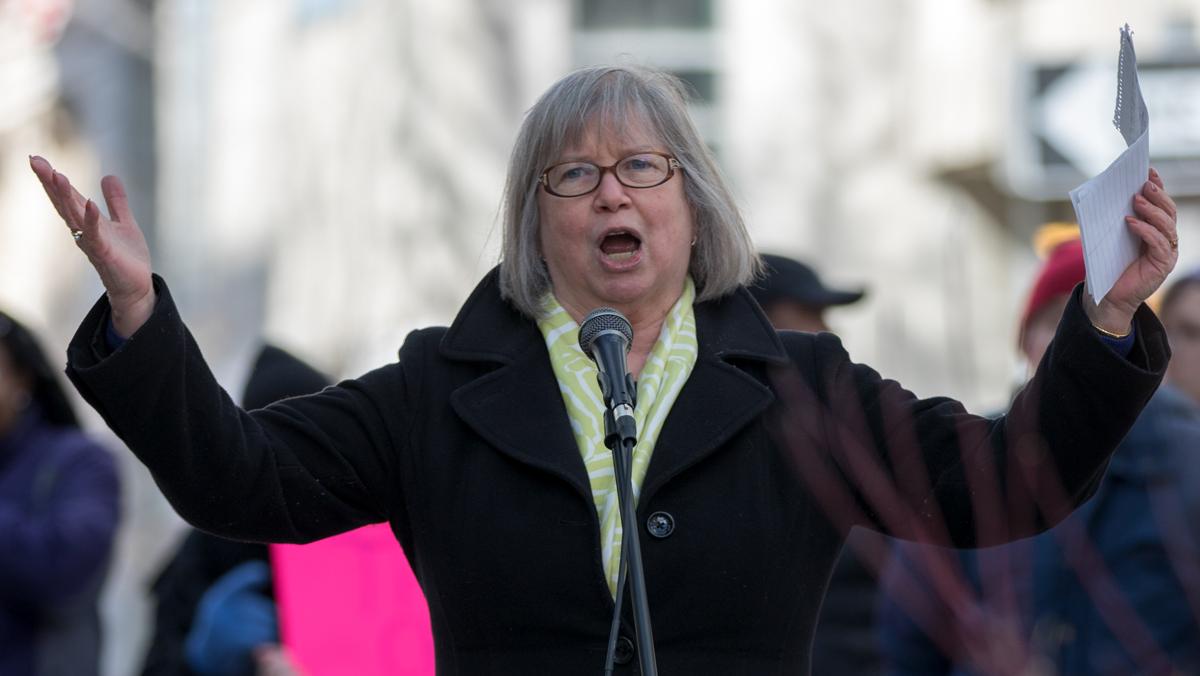 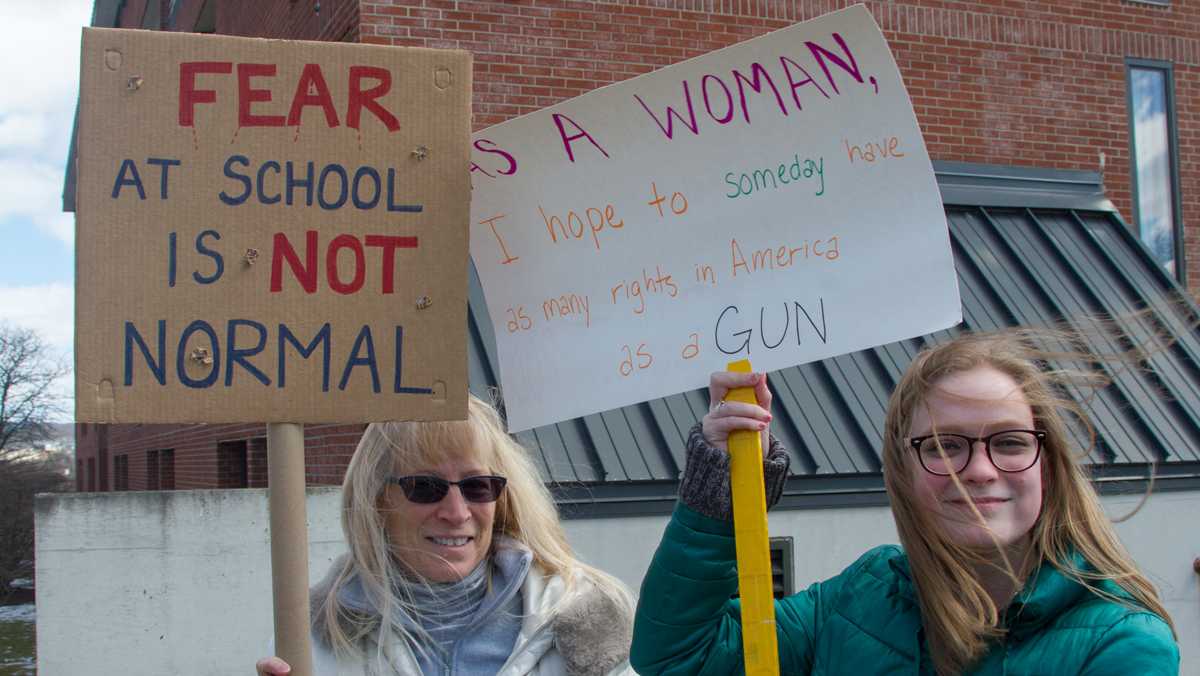 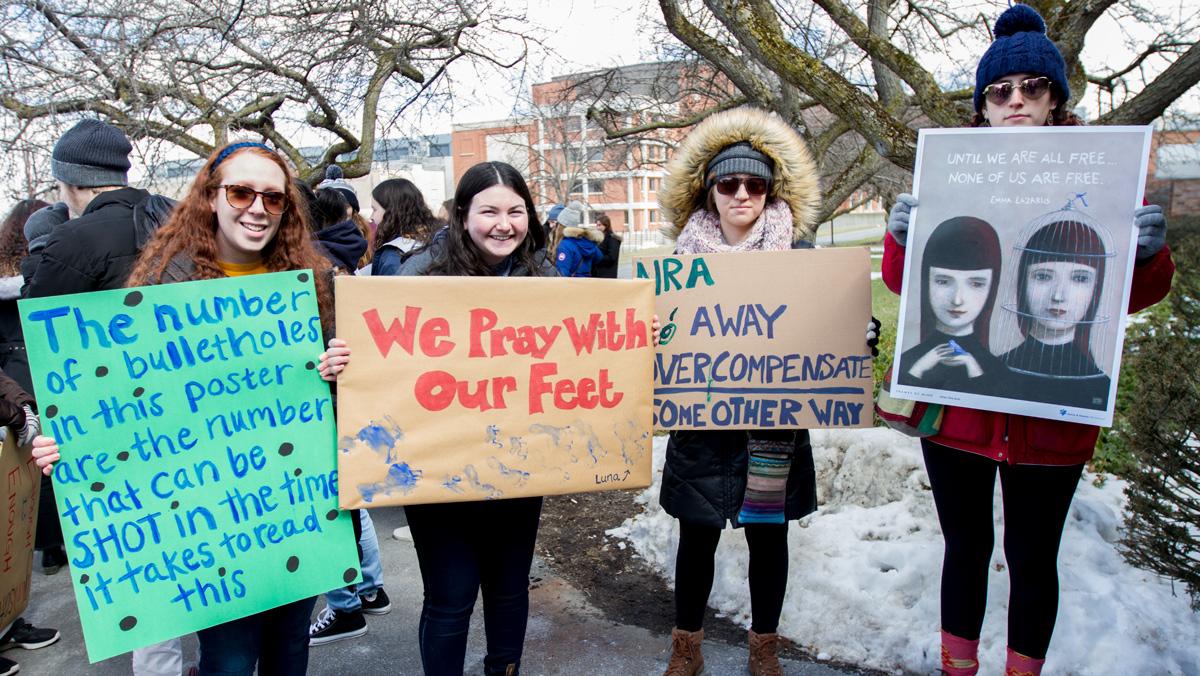 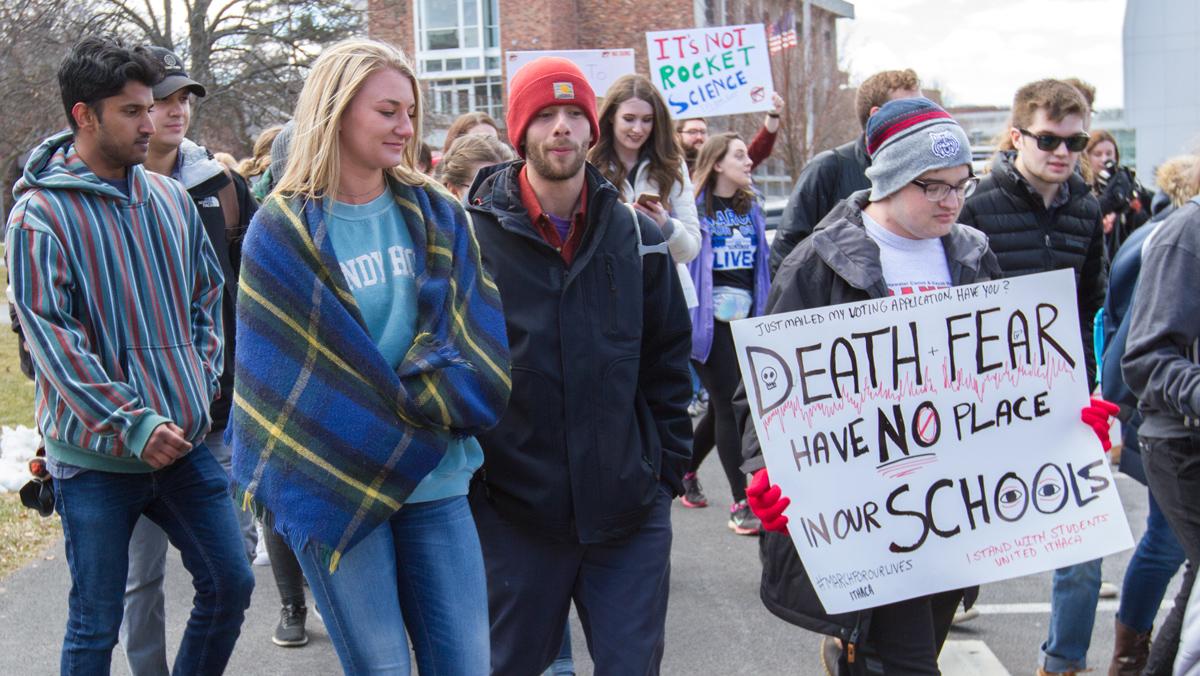 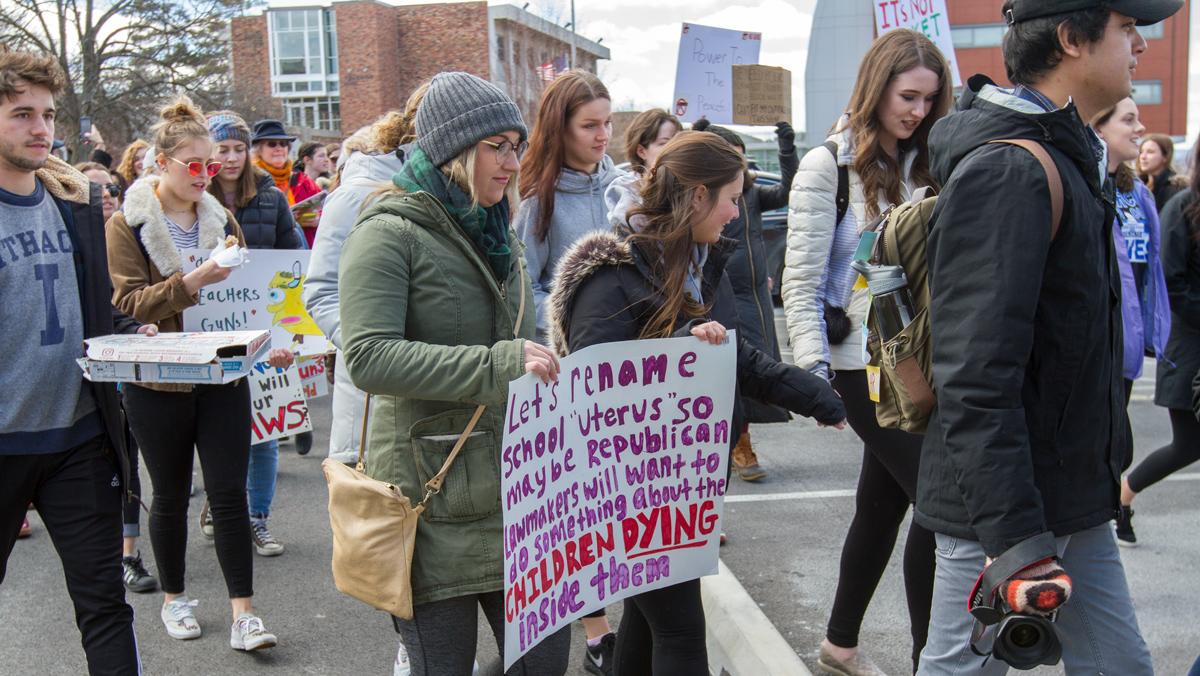 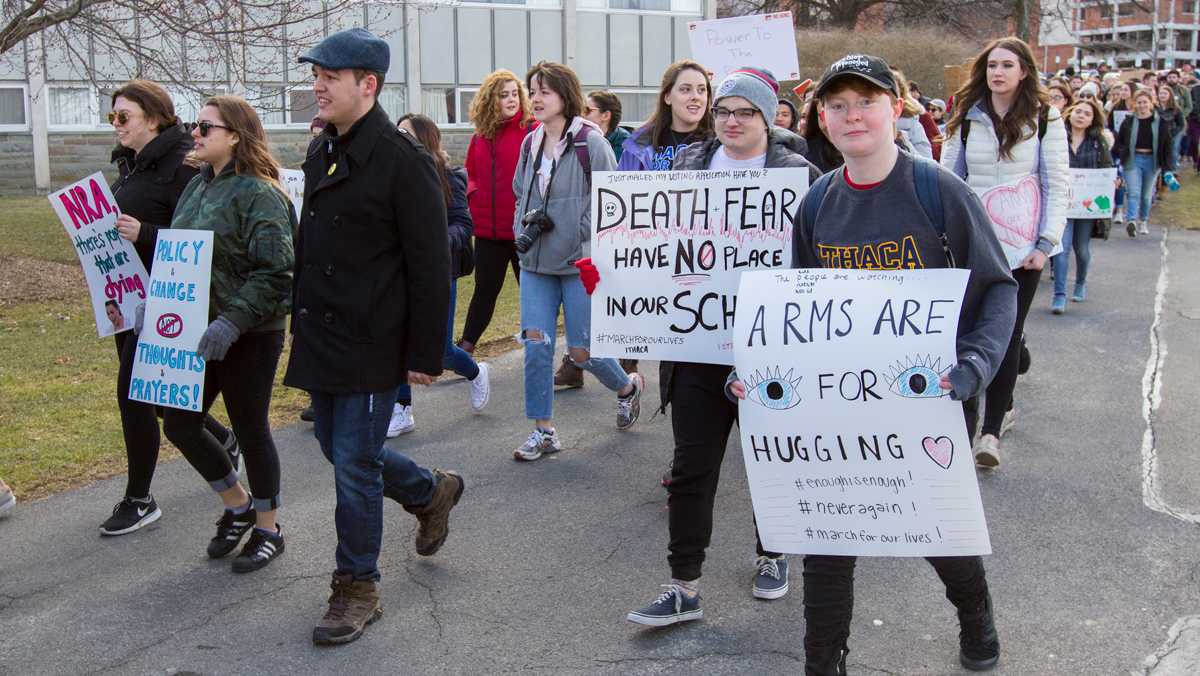 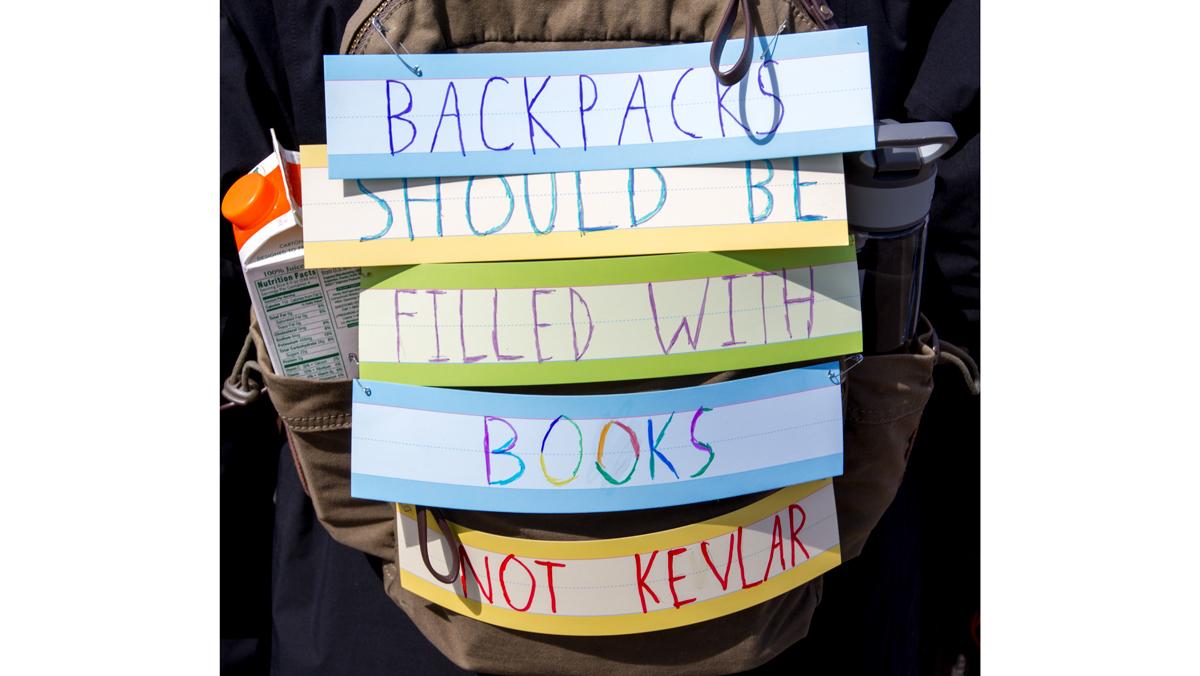 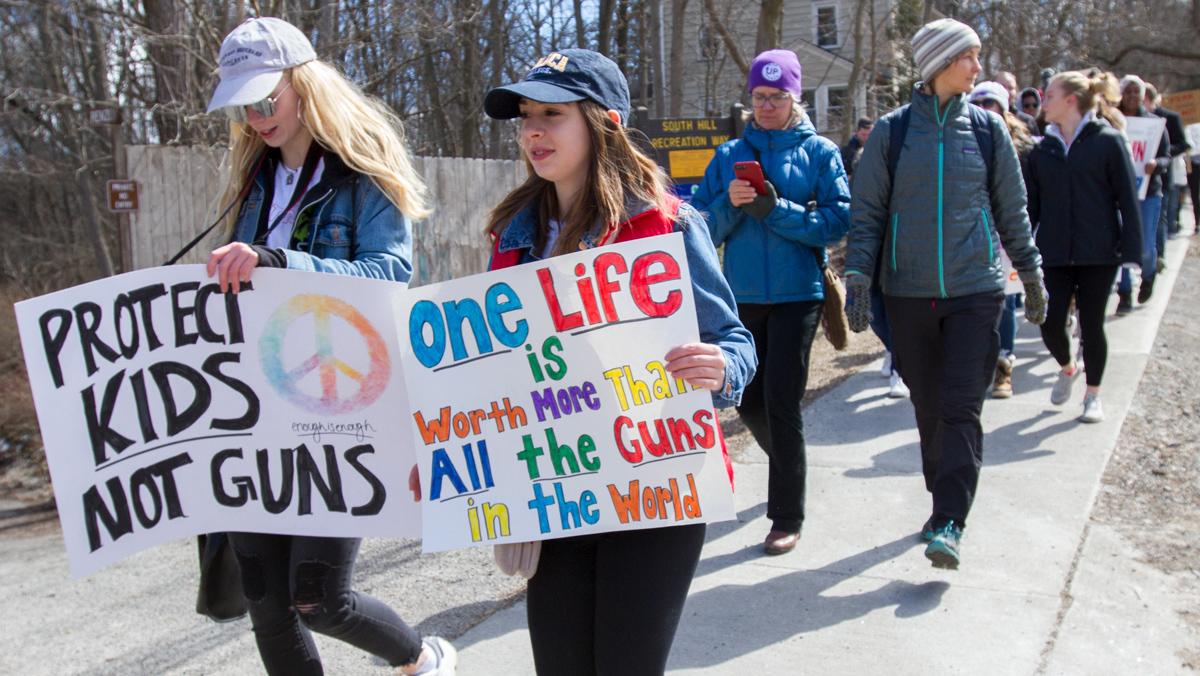 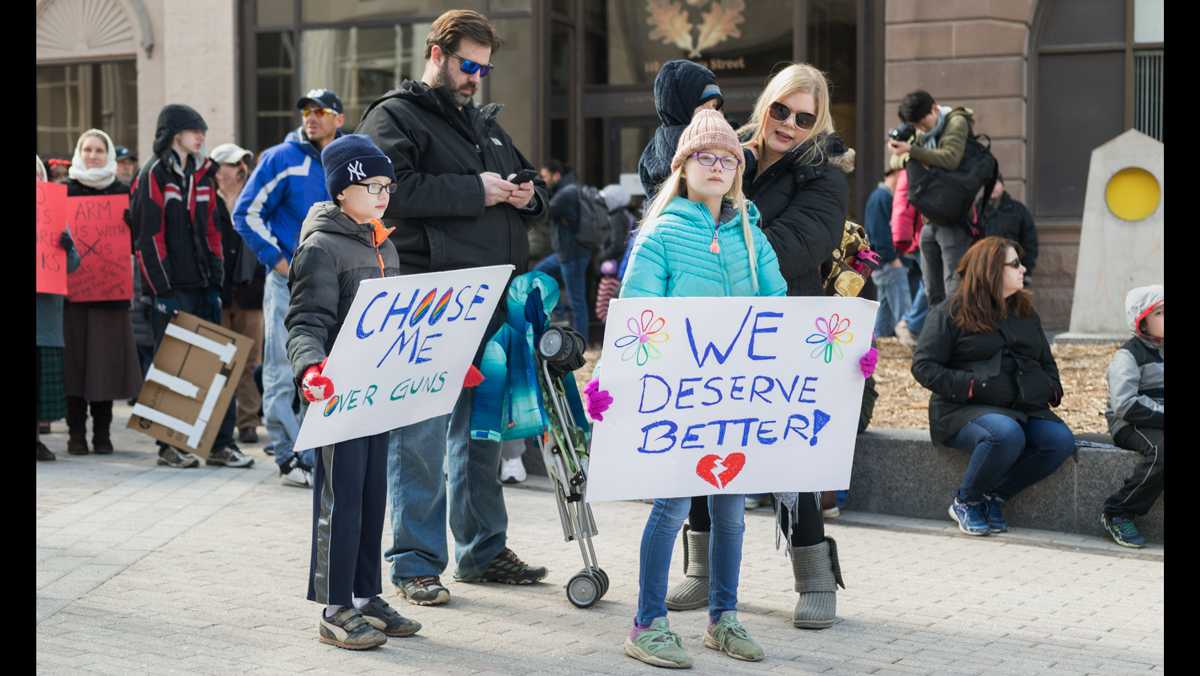 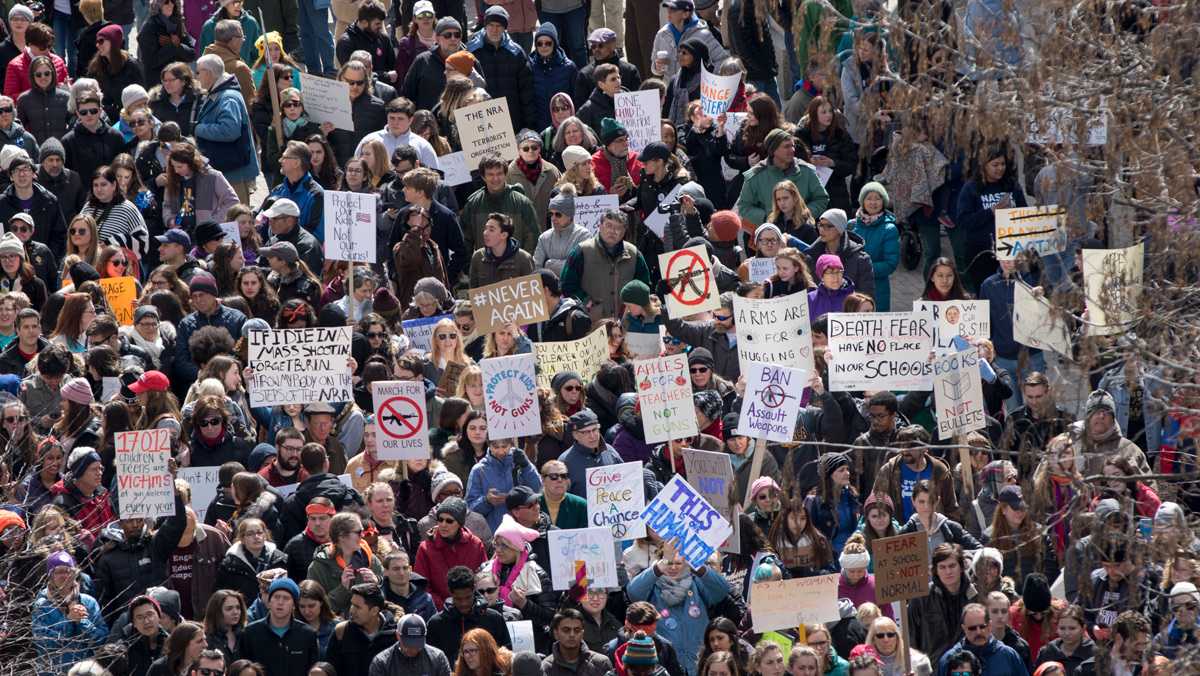 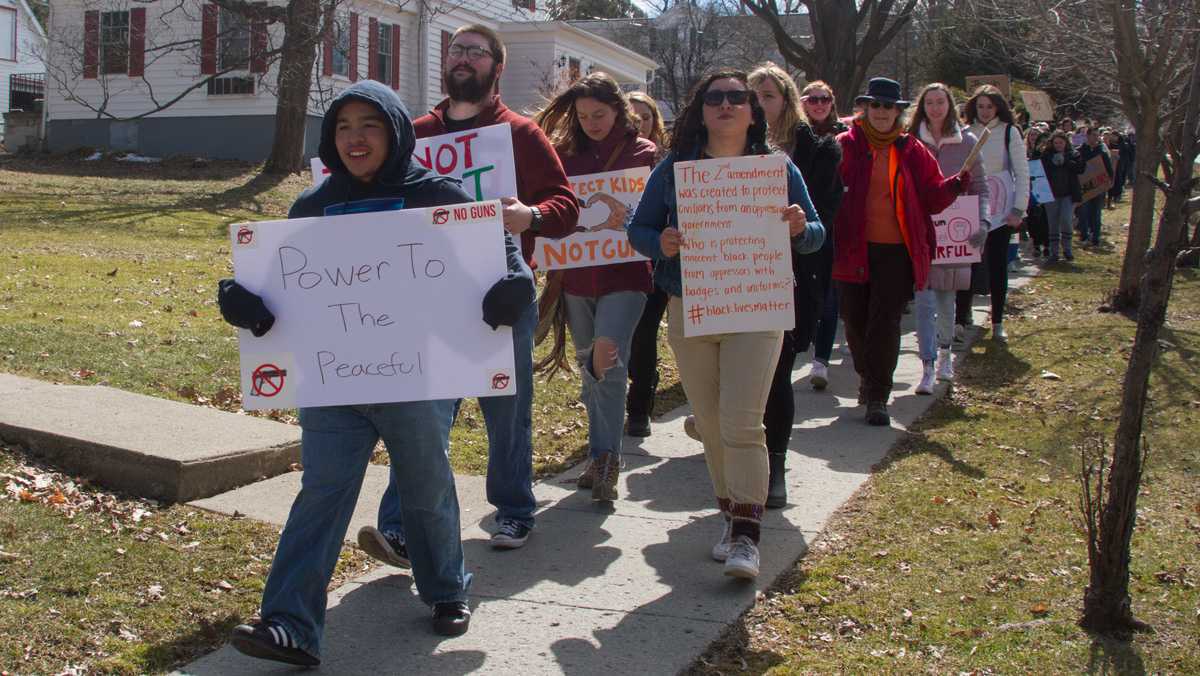 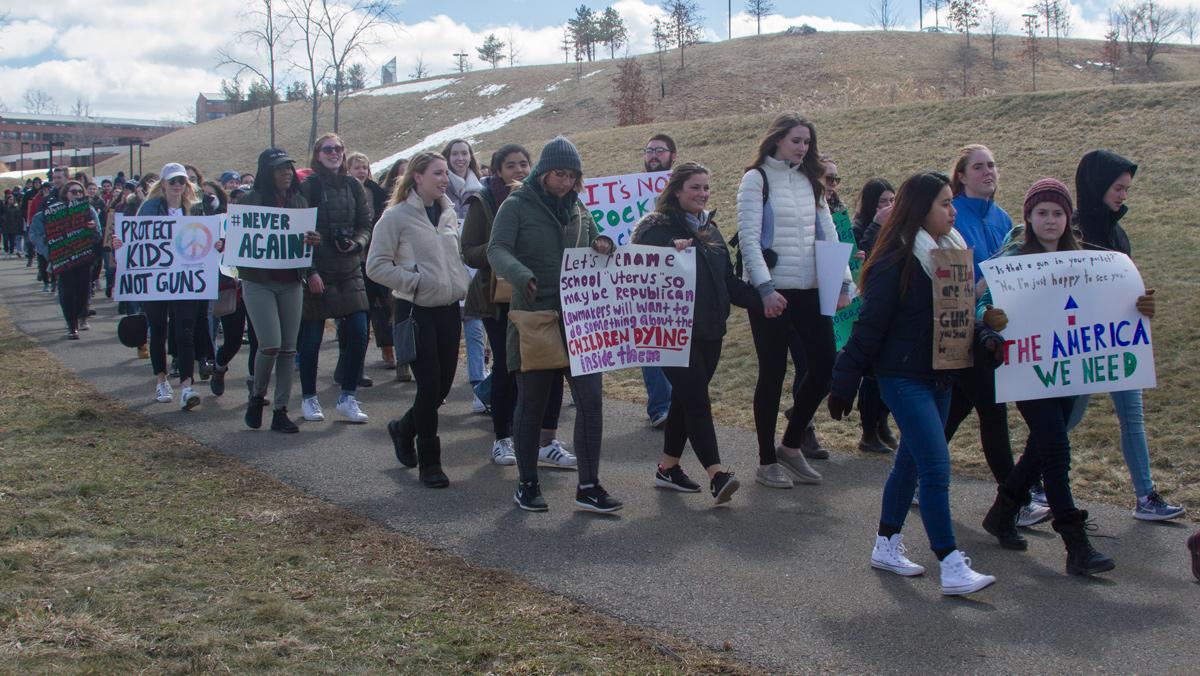 <
►
>
From left, Emma He (15), Emma Trefzger (14), Maura Trefzger (16), Veronika Caruso, Doris Trefzger, Ramona Trefzger (9) and Sandro Caruso. The Trefzgers are originally from Austria and now live in Horseheads. The Carusos still live in Austria and were here visiting the Trefzgers. CAITIE IHRIG/THE ITHACAN

The Ithaca College Democrats, the Futures Club and Ithaca College Hillel led a march from Textor Hall down to The Commons, where students chanted: “Ho, ho, hey, hey, f— the NRA,” “Hey, hey, ho, ho, the NRA has got to go,” “What do we want? Gun control. When do we want it? Now!” and “No more silence! End the violence.” The group was escorted by the Ithaca Police Department.

Sophomore Clare Nowalk planned the college’s march by reaching out to Champion and multiple student organizations on campus. Nowalk said she personally connects with the cause because she was raised by educators and hopes to become a teacher.

“We really wanted to get student voices heard, since it is a student-run movement,” Nowalk said. “I thought it would be really good to make sure students were involved and heard.”

At the event, speakers and musicians performed, including members of Students United Ithaca and their parents; Michelle Courtney Berry, human rights activist and former Tompkins County poet laureate; and musician Vee da Bee, who sang an original song about the Parkland shooting. People of all ages stood in the audience holding signs that said “I go to school to better my future not end it,” “The second amendment unchecked is a tool of white supremacy” and “Keep me safe,” which was taped to the back of a little boy.

Leslyn McBean-Clairborne, deputy director of the Greater Ithaca Activities Center, introduced the speakers and performers at the rally. She said she is frustrated that politicians, including Tom Reed, Republican Congressmen of the 23nd district of New York, which includes Tompkins County, and President Donald Trump are not taking legislative action.

“This year will be the 50th anniversary of the death of Dr. Martin Luther King Jr., who we marched with and who marched and marched to try and change something,” McBean-Clairborne said. “Today we are still marching. What is wrong with this picture? Who is not listening?”

Eamon Makepeace, Prachi Ruina and Maddi Carroll — students at Ithaca High School and founding members of Students United Ithaca — spoke at the rally about their personal experiences of receiving death threats after they protested the casting of a white actress in the lead role of Ithaca High School’s production of “The Hunchback of Notre Dame.” The role is written for a woman of color. Their protest was picked up by the right-wing publication Breitbart News, which exposed the issue to an international audience. Makepeace said four apparent Cornell students called him “that theater n—–” when they drove past him on the street.

“People say that Ithaca is 10-square miles surrounded by reality,” Carroll said. “They say it is a liberal utopia. But for people of color, that isn’t the case.”

Nia Nunn, assistant professor in the Department of Education, president of the board of directors of the Southside Community Center and mother of Eamon Nunn-Makepeace,also spoke at the rally and said students in the Ithaca community and in the country are organizing to make change.

Nunn said although national attention around the most recent shootings is important, it ignores the daily gun violence experienced in communities that predominantly consist of people of color.

“Gun violence and tragedy is a strikingly new phenomenon in predominantly white and other privileged communities,” Nunn said. “On the other hand, gun violence is painfully expected in many black communities and other marginalized spaces.”

In America, black people are more than twice as likely to die from gun violence compared to white people, according to data from Centers for Disease Control and Prevention.

Nunn said she wants this movement to be an inclusive space that acknowledges people of color and marginalized communities because they are often ignored in progressive movements.

Berry said it is important for Ithaca to elect more people of color and young people into office for more representation.

“But I ask you, liberal, progressive Ithaca: Why am I the only living black woman to have served on common council?” Berry said.

Vee da Bee performed a song she wrote after the Parkland shooting at the rally. The chorus sang, “What happened to the playgrounds?/ Ring around the rosy, merry-go-rounds/ Rose-colored glasses and opportunities?”

Ithaca College freshman Perry Falk spoke at the rally about Scott Beigel, a teacher who was killed while shielding students during the Parkland shooting. Beigel was Falk’s camp counselor at Camp Starlight, a summer camp in Pennsylvania. The Scott J. Beigel Memorial Fund is a nonprofit organization created in his memory to send children to summer camp.

Sophomore Lara Graulich said she was happy to be marching because she knew someone who was killed during the Parkland shooting. She said she is frustrated that there is no action being taken by politicians.

“It’s time to step up and make a change,” Graulich said. “Even if it’s just showing up to marches with signs, it’s important.”

Junior Madeline Lester said she is frustrated that the NRA holds so much power in the country and she wants politicians to act.

“A lot of people and politicians say it’s not time, but now is the time for change,” Lester said. “It’s enraging that the NRA runs this country.”

Correction: An earlier version of this article misstated the district Tom Reed represents.