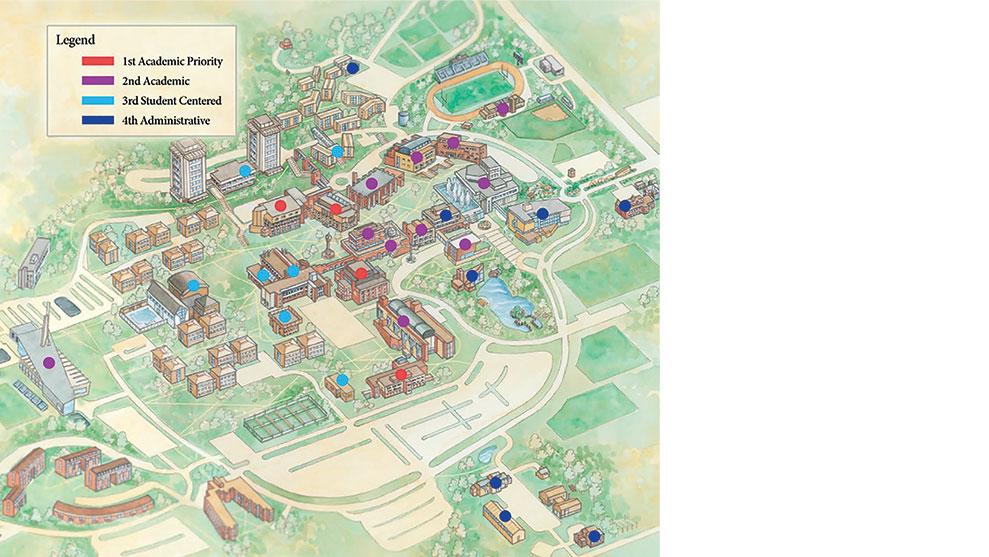 In response to widespread complaints from students and faculty, Information Technology Services is currently working with Apogee, Ithaca College’s Internet provider, on an overhaul of the campus’ Wi-Fi network in the campus’ academic and administrative areas, which it plans to have finished within the next six to eight months.

Bill Weeks, interim director of Infrastructure and Communication Services, said the Campus Academic and Administrative Wireless Project 2014 aims to improve the wireless network’s performance in classrooms, prevent dropped connections and boost the network’s capacity in areas where many people will be using the Internet.

The project is being overseen by ITS while Apogee is providing the installation services, Matt Gorney, digital media coordinator of technology and instructional support services, said.Gorney said the current project follows a reworking of the wireless network in the college’s residence halls, which Apogee performed last year.

“ResNet went through a huge update where they upgraded their systems, and they made their service a lot better,” Gorney said. “Apogee does the res halls, and we do the rest.”

Weeks said the project was mainly prompted by dissatisfaction with the network among students and faculty.

“The campus community at large was disappointed in the demand not having been met,” Weeks said. “Faculty that have curriculum requirements dependent on reliable Wi-Fi were our most concerned group.”

Last year, Gorney said, Apogee also performed a survey of the wireless network in the campus’ non-residential buildings, which provided ITS with the information it needed to move forward with the overhaul on these areas.

“They literally walked around, they had a map and they had their devices … They have tools on them that can see wireless strength, signal strength, channel strength … They went room by room to try to figure out what the best plan was,” Gorney said.

Gorney said the previous network model was extremely outdated, and an overhaul was long overdue.

“Funnily enough, it’s all pre-iPhone, pre-iPad,” he said. “It was based on coverage.”

Gorney said this coverage-based model ensured there was wireless connectivity everywhere on campus, but the signal strength varied from place to place, making connections unreliable.

Weeks said while the connection may have been sufficient in areas with only a few wireless devices, it wasn’t powerful enough to sustain a large number of devices connecting to the Internet all at once. He said the overhaul project was primarily intended to address this design flaw.

“You’ve got to meet the capacity or else it has no value,” Weeks said. “Our goals were to provide a wireless network infrastructure in the academic and administrative spaces based on a capacity-driven model, and that design methodology was based on an average of 2 1/2 devices per occupant, with the room occupancy taken into account.”

Weeks said one of the primary measures of the project is the installation of new wireless access points, which are the devices that broadcast and receive the network’s signal. He said this will more than triple the connection strength across campus.

“High-density access points are being deployed. We’ll be adding nearly 1,000 additional access points,” Weeks said. “We’re going to reuse 492 of our existing ones that are already deployed.”

Gorney said the project will encompass 29 buildings on campus, which have been grouped into four priority levels based on a number of factors, including feedback from students and faculty as well as foot traffic through certain areas.

“It was basically run down into first academic priority, and then from there it goes to second academic, and then student-centered spaces … dining halls, things like that … and lastly is administrative spaces, places where staff is doing work,” Gorney said.

Weeks said the Roy H. Park Hall and the James J. Whalen Center for Music were determined to be first priority, and work on these buildings should be done soon.

“I say ‘soon’ because ‘soon’ is going to depend on the dean and the faculty’s use of the space because their programs are priority,” Weeks said.

Sophomore Taylor Newman said he has seen a noticeable improvement in the wireless reception in the Whalen Center.

Senior Julia Manchester was in agreement with Newman regarding the wireless reception, but with regard to Park Hall.

“Sometimes it shuts down randomly … but for the most part it’s worked really well,” Manchester said.

Phase one of the project also includes Williams Hall and the Gannett Center, according to the ITS website. Phase two, the start date of which has not been determined, will work on the rest of the academic buildings, as well as the Athletics and Events Center, Muller Faculty Center and Ceracche Center.