Last piece of The Ithaca Commons to be installed in November 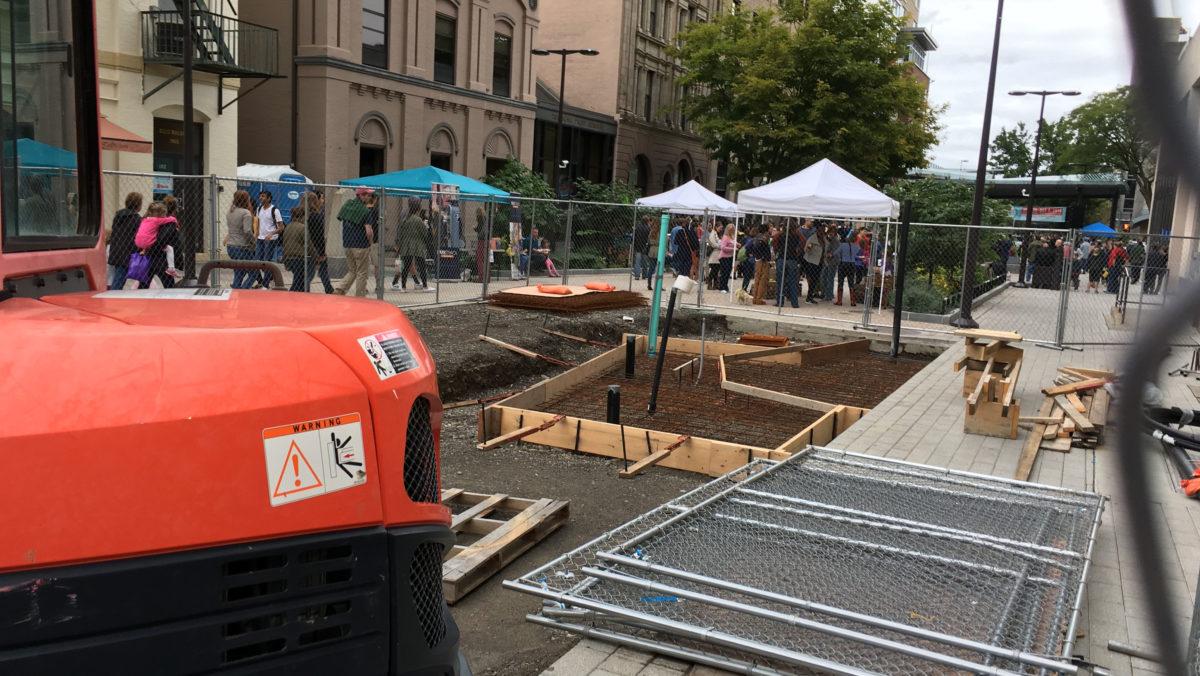 Ryan King/The Ithacan
A $466,000 granite fountain is being installed in Bank Alley, making it the last piece of construction on The Commons. The fountain will resemble a gorge and is designed as a piece of art as well as a functional fountain.
By Ryan King — Staff Writer
Published: October 10, 2016

When The Commons officially reopened in August 2015, not all of the construction had been completed: There were miscellaneous repairs, glass that needed to be installed for the Bernie Milton Pavilion and a granite fountain that was supposed to be installed in Bank Alley.

Over the past year, all of the major work on The Commons besides the fountain was completed, making it the last piece of construction on The Commons. After several setbacks, the fountain will be completed Nov. 11, said JoAnn Cornish, director of planning and economic development.

“It was probably the most complicated piece of The Commons as far as the new structures were concerned,” Cornish said. “There were moments when we really doubted whether or not the fountain would be part of The Commons.”

The City of Ithaca worked with Sasaki Associates, the firm that helped design The Commons, to design the fountain, Cornish said. The redesign resulted in several delays that prevented the fountain from being completed before The Commons opened for business on Aug. 28 of last year.

The funding came from residual grant money from grants that the City of Ithaca received from the federal government to develop The Commons. Cornish said additional funding came from a $30,000 donation from Roberto DeVincentis, president of Vacri Construction Corporation, the construction company hired for The Ithaca Commons Repair and Upgrade Project. He donated the money toward the completion of the fountain in honor of his father, Raimondo DeVincentis, whose name will be etched near the fountain. Cornish did not specify in what capacity the etching will be displayed. DeVincentis said his intentions for the donation are private and will remain confidential.

The electrical and plumbing components of the fountain were installed early in the construction process, so all that remains is to assemble the granite pieces, which will be imported from Canada. Once fully assembled, the fountain will imitate the flow of water in a gorge.

“This is more reminiscent of a gorge, so it’ll be trickles of water,” Cornish said. “We wanted something that even if the water was turned off, it was still a sculptural piece, so it’s a piece of art in addition to being the fountain.”

Commons construction is on schedule