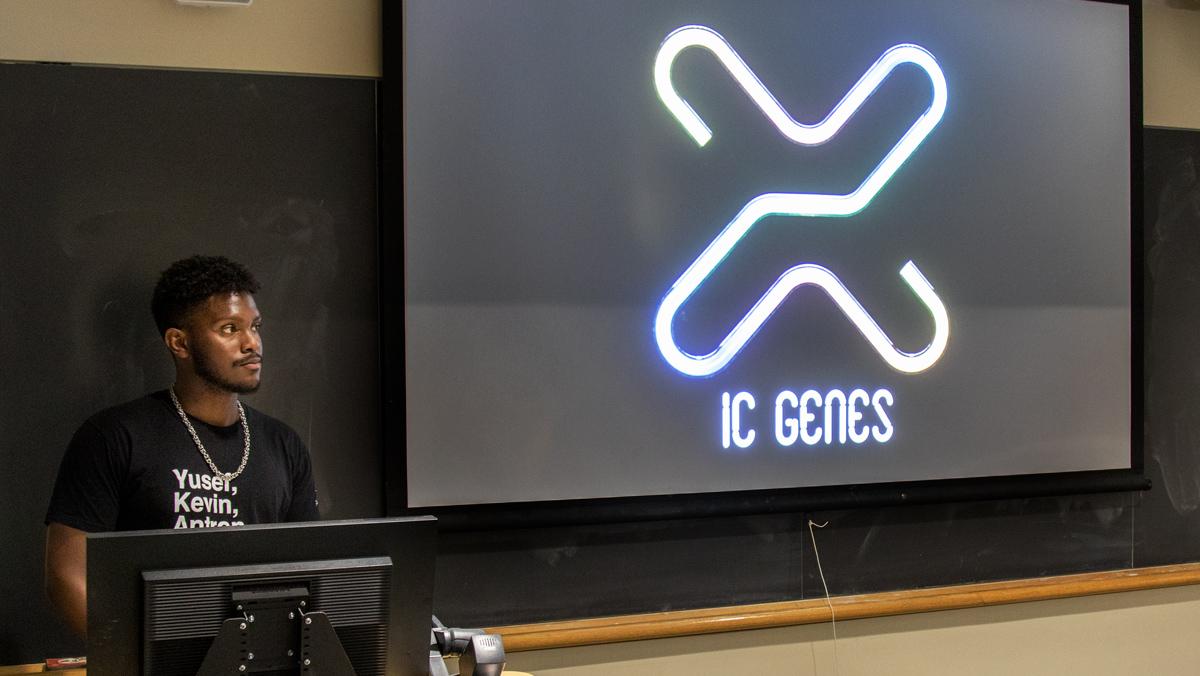 IC Genes is a new name in the Ithaca College club scene, and its goal is to clear up misconceptions about genetic engineering and create a community for students to discuss the field of synthetic biology.

IC Genes was first created at the beginning of the 2018–19 academic year and officially took off last semester, Burian said. The club is now recognized by the Office of Student Engagement and holds biweekly meetings.

Burian is studying biology and Williams is studying biochemistry in the Department of Biology. Burian said that her passion lies in spreading knowledge about the study of genealogy and improving scientific literacy across campus and that the club was born from her dedication to the field.

Burian used the genomics and biotechnology company “23 and Me” as a starting point when creating the club. The company provides a free genetics club starter kit for college students to broaden the awareness of current research in genetics. This kit offers videos and information that help shape discussion for the meetings, Burian said.

“A professor sent me that link [to 23 and Me] and was like, ‘You should do this — this is totally up your alley,’” Burian said.

The club meetings are open to all students and will be both hands-on and discussion-based. The meetings will consist of activities that allow members to understand new levels of biology and analyze their findings in a group setting. Williams said that he sees the meetings as dynamic and engaging and that he hopes that individuals from different areas of the community get involved.

“[The members] will be anyone and everyone because genetics is in all facets of medicine, food, everything,” Burian said. “It’s in everybody’s lives, and we just want people to know about it and really start engaging in the conversation.”

Burian said she is enthusiastic about promoting the idea that genealogy is relevant to the entire world because she believes it is the basis of human action and history. She said genetics play a role in how everyone lives and urges all students to join the club to see the vast application of this topic in everyday life.

Williams said he feels the synthetic biology industry is misunderstood by many. According to the Engineering Biology Research Consortium, synthetic biology involves the construction of new biological entities, including genetic circuits and cells, and the industry has faced controversy over whether it is ethical or not to create new, unnatural entities.

Williams said one of his goals for the club is to open the discussion about genetic engineering and to share his passion for biology with the college community. Genetic engineering is the manipulation of an organism’s genetic material in order to alter specific characteristics, according to the Nation Human Genome Research Institution.

“People have a lot of misconceptions when it comes to genetics and genetic engineering, so I saw [IC Genes] as an opportunity to engage that aspect of the Ithaca College community and broaden their horizons,” Williams said.

Williams said the club attempts provide an outlet for fellow biology enthusiasts to discuss and debate the current climate of the field.

“Essentially, we want a wide array of people to come into the meetings so people from different areas can be citizen scientists and parse the information for themselves,” Williams said.

“I’m a health sciences major with a focus in genetics, so I saw it at the student org fair and thought I’d sign up,” Jones said. “I’m hoping to meet more people who are interested in genetics and learn more about things that might not be covered in my classes.”