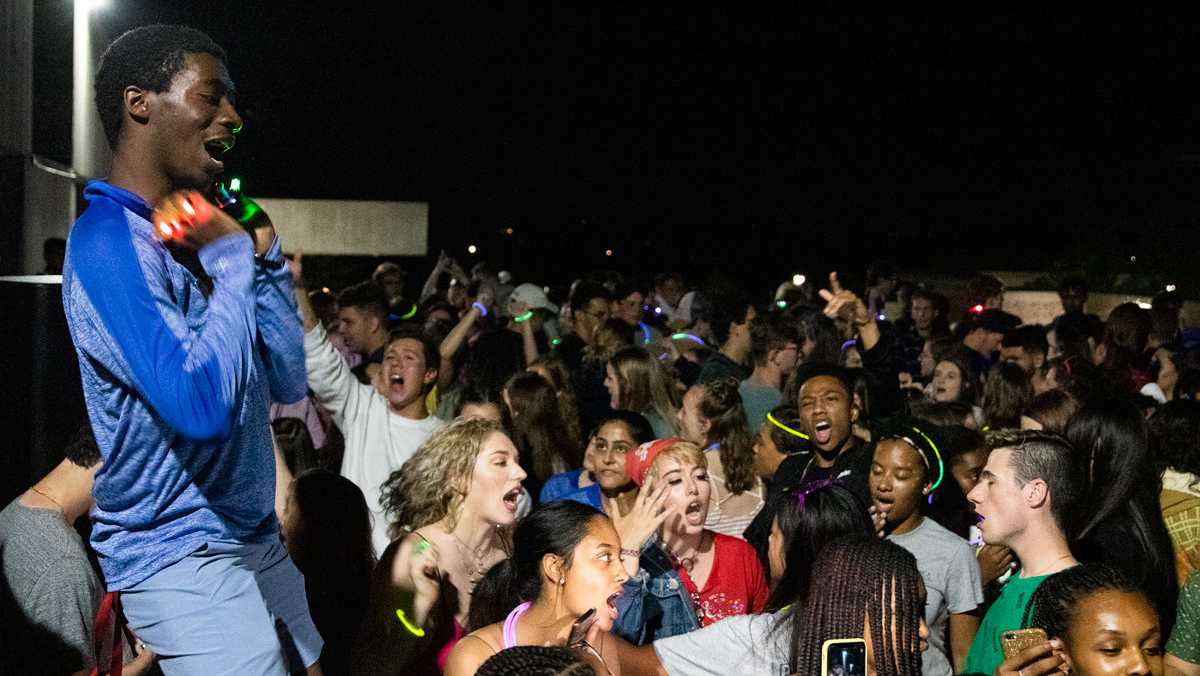 The 2019 freshman orientation received mixed reviews after it was condensed into eight consecutive days of events held before classes began, instead of occurring across multiple weekends throughout the summer.

These changes were made so families would not have to make multiple trips to the college before the semester starts, and to allow more departments, offices and organizations to be involved with orientation, as previously reported by The Ithacan.

One major difference between this year’s orientation and prior years’ is the volume of activities, both mandatory and optional, that were offered to the incoming freshmen. The schedule involved events from 7:00 a.m. to midnight, with many being mandatory. Short breaks were scheduled in between the events.

Kevin Perry, associate director of the Department of New Student and Transition Programs, said via email that the schedule was intentionally packed because NSTP intended for students to be engaged throughout the day.

“We have a lot of information to cover to make sure that our new students are set up for success here at Ithaca College, and we were very intentional in making these engaging sessions,” Perry said.

Perry said NSTP purposely scheduled several evening programs per night so students could choose to attend the events they were interested in.

To divide the work of handling the incoming freshmen, students held the position of Orientation Mentor (OM), with each overseeing four Orientation Leaders (OL) who each oversaw approximately 15 students in small groups. Four OMs were assigned as Orientation Coordinators and arrived at the college earlier in the summer to plan the events the student leaders would conduct. In total there were 100 orientation student groups. Perry said there were approximately 100 staff members, 20 OMs and 77 OLs who participated in orientation.

“The worst part was having too many events,” Clarke said. “There was no time to breathe and realize you’re in college.”

“I don’t even know what Midnight Madness was,” Levesque said. “We showed up, and they were giving out t-shirts, and they let us [into Higgins Stadium] and it didn’t seem like anyone knew what they were doing.”

In regards to large-scale social events, Senior OL Ethan Seftor said planning events for 1,500 people was a learning curve, and he hopes they will be better organized in the future.

“I’m sure as years go along, and we kind of know more about having 1,500 students in one place, will have better ideas on how to create a positive social for everyone to get involved with at once,” Seftor said.

While some students were dissatisfied with the social events, Perry said they were well attended.

The overhaul of the orientation program created a complicated situation for student athletes, with many having to choose between training or attending optional events, senior OM Melanie Sadoff said.

“Football players are on a very tight schedule,” Odilatu said. “And if I went across campus to talk to somebody about where I’m from and a special fact about myself, I feel like I’m wasting time.”

“When we had the small orientations in the middle of the summer, we did have the privilege of working with a professor and they went through the information … and helped us register,” Seftor said. “I definitely do think there were benefits to that that the students might not have gotten this way.”

Despite being longer than previous orientations, the cost of orientation did not change, Perry said.

“We are a fee-based program,” Perry said. “So while the length of the program was extended and the staff was the same, we worked hard to program within the constraints of not raising the cost for our new students.”

Freshman Reece Clausen said he was nervous about coming to college and not being able to make friends. However, he said that orientation helped him acclimate and begin his college experience.

“My experience was honestly amazing,” Clausen said. “I got to meet so many new people, I really liked all the events. I just got to be a part of something.”