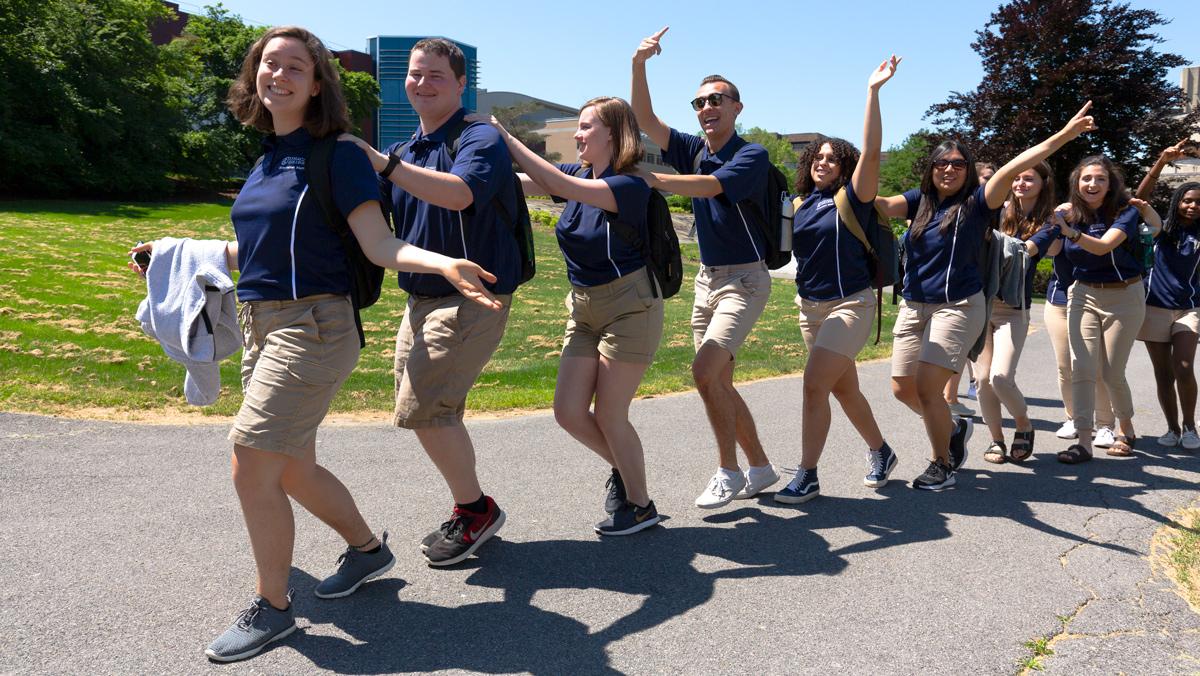 Courtesy Of Ithaca College
The Department of New Student and Transition Programs is looking to hire 100 individuals for its orientation staff for the new orientation model. The number decreased due to challenges in recruiting.
By Phoebe Harms — Staff Writer
Published: April 17, 2019

Ithaca College is changing the way it is running summer orientation for freshman students, causing responsibilities to shift for the student employees who help organize the programming — including orientation leaders and resident assistants.

Resident assistants are also expected to be on campus and assist with orientation, causing them to return to campus four days earlier than their original start time, Dean of Students Bonnie Prunty said. RAs will also be receiving an increase in their compensation as a result of the budget proposal submitted to the president’s office last year, as well as new responsibilities that come with the new orientation model. However, some RAs said they think that the positions have not been clearly outlined, so some are unsure about heading into their newly redefined roles.

RAs were recently informed that their compensation has been increased due to a proposal that RAs sent to the president’s office last year. Prunty said RA compensation has been raised to 100 percent of room and board for returning RAs and 80 percent for new RAs. The proposal submitted by RAs last year requested a raise from the previous 75 percent of room and board coverage for new RAs and the 91.9 percent for returning, Prunty said.

“We are committed, and have always been committed, to ensuring that our orientation staff represents our diverse campus population,” Perry said. 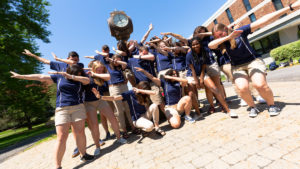 Perry did not specify how many students applied for the position or how many were accepted. In addition to the new orientation leader position, RAs have also been tasked with new responsibilities during the orientation process.

Orientation mentors are also new positions being introduced to the new model. To hold this position, mentors are required to have held leadership positions on campus for a full semester. Perry said mentors will serve a supervisory role to orientation leaders and be a resource for them. Mentors will also serve as managers for the events that take place during orientation.

Sophomore Jessica Scarano, an RA in Lyon Hall, said she believes having all of the new students on campus at one time will assist in their adjustment to the college and help them form concrete relationships with their peers and RAs.

“I think the new orientation makes a lot of sense,” Scarano said. “It will put down a good foundation for these new students to form concrete relationships with one another right from the beginning.”

RAs have not yet received comprehensive information about what their positions at orientation will entail, raising some concerns. Sophomore Syona Ayyankeril, an RA in Upper Terraces, said some RAs have been frustrated by not having been notified about this change earlier. New RAs will move in August 9, and returning RAs will move in August 13.

“I don’t know whether or not we’re going to have that many extra responsibilities,” Ayyankeril said. “But it’s kind of a bummer to have to come back early.”

Perry said the payment has increased for orientation staff, so staff members will be able to make almost as much as they would in the former orientation style but still slightly less. Orientation leaders used to receive a stipend pay for their work over the summer but will be paid hourly during the new orientation model.

A Q&A sent to all RAs from the Office of Residential Life said that assisting and planning nightly events for new students to socialize with one another will be one of the main responsibilities of RAs during orientation. RAs will be guiding students around campus as well as hosting certain events. Sophomore Skylar Eagle, an RA in West Tower, said she does not believe RAs will have to do much extra work for the new orientation style, as the responsibilities during orientation will be similar to the work they complete during the year. She said she is excited to see how freshmen will adjust to the college with the new orientation style.

“I think the new orientation will be a positive thing for the college,” Eagle said. “The new model looks really cool, and it gives students a better chance to get to know the school before they’re thrown into the semester.”