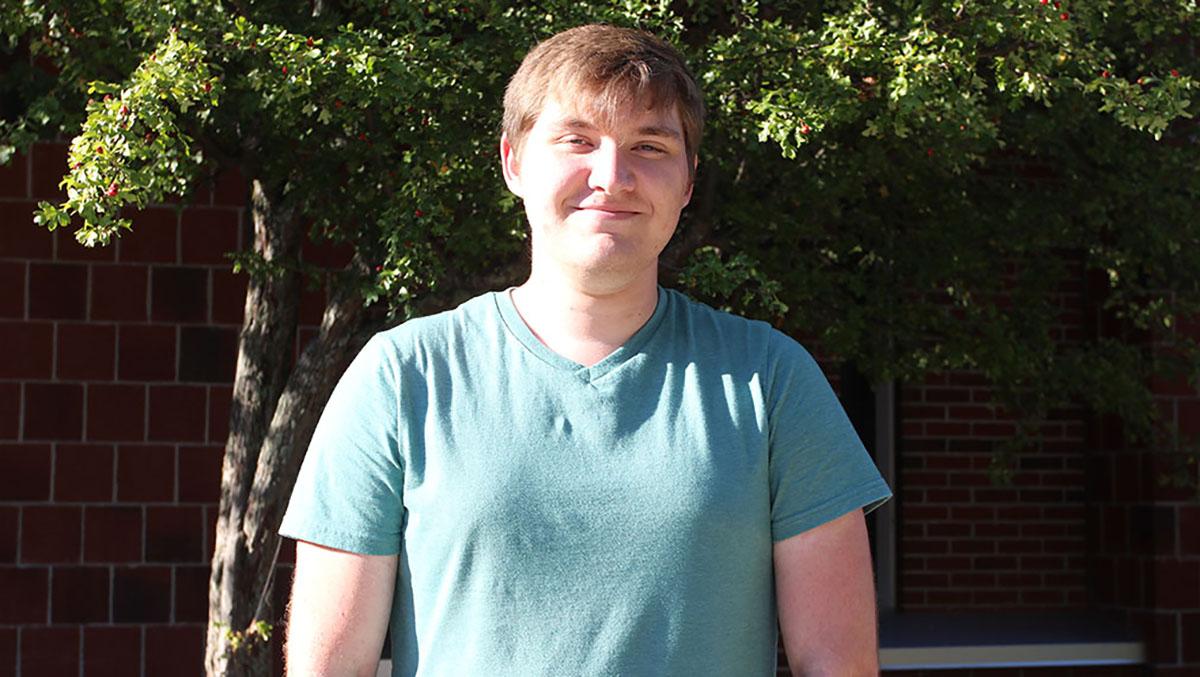 A new club on Ithaca College’s campus seeks to promote social and entrepreneurial opportunities for students to work with local businesses.

Senior Dan Ruthman created IC Enactus, the college’s first chapter of the national organization, Enactus. The word “Enactus” represents students collaborating through “entrepreneurial action for change” — En, Act, Us — Ruthman said. The national organization has partnered with over 1,740 university programs and involves 69,000 students worldwide. And this fall, the college will join the list of institutions trying to leave an impact on the community by creating online presences for local businesses, bringing TED talk–style events back to the college and possibly competing in regional, national and international competitions.

“We do a lot of social entrepreneurship, which is basically giving back to the communities in some way,” Ruthman said. “It helps to empower individuals. It helps to make sustainable business operations, tackles social issues locally or globally.”

At the first meeting on Sept. 7, the club’s 12 members discussed what IC Enactus is about and shared their ideas for future projects. Some ideas that came up included setting up weekend mini courses that would teach real-life skills and collecting food leftovers for the homeless in Ithaca.

One of the first general projects the club would like to work on is creating online presences for local businesses, a project Ruthman calls Digital Ithaca. In particular, the club has its sights on Gourdlandia, a small business located on Rachel Carson Way in Ithaca. Graham Ottoson, also known as the “Gourd Lady,” grows gourds and crafts them into lamps and other special figures. Ruthman said they first heard about this business after an Enactus member produced a documentary about the “Gourd Lady” for a class.

“She has a website, but it doesn’t have an online store or presence to it,” Ruthman said. “We feel we could improve her sales by working with her.”

Senior Matt Coogan, the financial director of the club, said IC Enactus will be able to support the community by providing free services to businesses that might not be able to afford them otherwise.

“That’s why I think it’s important — it’s boots on the ground,” Coogan said. “We’re going to meet people who need help and give them the help that they need.”

He said while other community service–based organizations often struggle to obtain funding and national support, the national branch of Enactus helps its local chapters avoid these issues.

“Enactus has both … grants that can be from national and state Enactus programs and also from New York State,” Coogan said. “It becomes a lot easier to accomplish the goals … for the semester.”

Ruthman said the club hopes to raise up to $10,000 in fundraising and grant money in order to help the businesses in need. He said the School of Business and the Office of Student Engagement and Multicultural Affairs will help fund certain projects. Enactus, the national organization, is sponsored by 500 corporations, including Walmart, Microsoft, Hershey and more.

Another of Ruthman’s goals is to bring TEDx back to the college. The first TEDx Ithaca College event was in 2014, where 16 speakers were chosen to present to the community for around 18 minutes each on a wide range of topics. The event mirrored the national TED talks that allow people from across the globe to share their ideas with the rest of the world.

Ruthman said he heard about Enactus from a friend’s mother, who is an adviser for the club at another school, and thought an organization like this would be perfect in Ithaca because there are many small businesses in town.

“It’s all this local, getting-together-and-helping-the-community–type thing, and well, Ithaca [is] pretty local, pretty stable, pretty interactive within itself, so it just seemed like the perfect fit,” Ruthman said.

Freshman Mariama Diallo, vice president of the club, said she first heard about it on the Ithaca College Class of 2020 Facebook page, and she reached out to Ruthman. She said she thinks this position provides the opportunity to get to know the Ithaca community.

“I love helping people, and social change is really important to me,” Diallo said. “I feel like Enactus is striving towards that.”

Diallo said a project she would like to get involved in is providing workshops for people with disabilities.

“It’s hard for them to get jobs, so we were thinking about having workshops where we would train them to have access to those jobs and work with small businesses around Ithaca,” Diallo said.

Ruthman said IC Enactus also hopes to participate in regional, national and international competitions, where other university branches showcase how they transformed communities with their service.

“I’d love to see our group grow big enough so we can actually be like, ‘This is what we did this year,’ and compete in the regional level,” Ruthman said. “If all goes well, maybe move on to the international level and see how we go from there.”