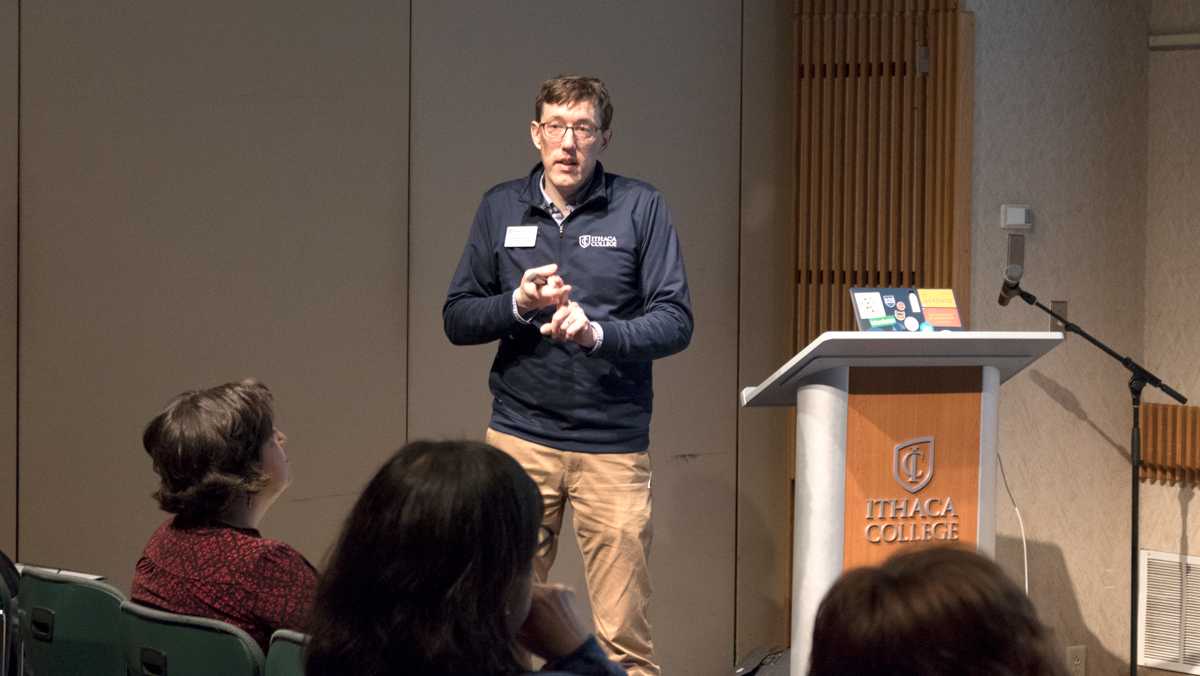 Ithaca College’s new website, which has been redesigned to help entice prospective students and will have features that allow faculty and staff to easily edit pages, will be launched before the fall semester.

David Cameron, senior web strategist in the Office of College Relations and Communications, said new features on the homepage will make it more user-friendly for prospective students to search the site. There will be a section for people to search for specific majors and a section featuring students and faculty with notable achievements. Additionally, the site has been designed to fit better on mobile devices, and the background is white instead of blue.

Cameron said one big change is that staff and faculty members can edit what appears on different parts of the website, like the pages for the Office of Public Safety and Emergency Management or the Office of Admission. The new site makes it easier for pages to integrate photos and videos and adapts better to different sized screens.

“They’re all there for any content creator to build and in whatever order you want,” Cameron said. “This kind of flexibility for content creators is a huge improvement over what we have now.”

Cameron said the site would have been available at the start of the spring 2018 semester, but the developers were making other sites for the college’s 125th Celebration and Ithaca College President Shirley M. Collado’s inauguration in November, which slowed the process down. The work for the new website was started in the spring of 2016.

Jennifer Campbell, associate vice president of college relations and communications, said with the previous website, content creators were not allowed to make changes because the college wanted to make sure everything was done in a consistent way. Campbell said the college wanted to allow content creators to make changes themselves instead of having to train someone else to make them.

Campbell said that the college only gave permission to certain trusted faculty and staff but that the new tools should allow those with less technological knowledge to edit their own sites. This means that the respective department can edit their own webpage. Faculty members can more easily edit their biographies in the directory, and those in charge of department pages can change what appears on their department homepages. Cameron said that while everyone will be able to edit their content when the site is finished, faculty will not have access to the tools until the summer.

Cameron said that when faculty and staff previewed the new editing tools, they said they were excited to use them. Cameron said these features will make the site more functional for users.

“Everybody we’re working with on migration in Admission, HR, Safety — they’re there because they’ve seen some of the demonstrations we’re giving and were like ‘I want to be part of that,’” Cameron said. “Already they are happy to see it is as easy to use as they thought — in fact, I’ve had to reign a couple of them in from doing too much.”

Richard Wong, senior assistant director in the Office of Admission, said he thinks the new system in place of editing the website is better than the previous one, which he said he thinks will make it easier to connect with prospective students.

“It seems like it’s pretty powerful and relatively user—friendly, from an editing standpoint — relatively straightforward,” Wong said. “The templates that you use to build the new website are quite a bit more flexible than the old website, it’s a cleaner look to it.”

Dyani Taff, lecturer in the Department of English, said that for her, the tools of the current site are relatively easy to use but that they could be improved.

“I can edit my profile on there easily, and you just have learn the system a little bit,” Taff said. “I don’t know that there’s a way to make a site that has to be big enough to be for a college and not have it be clunky in some way. The fewer times you have to click the better.”

Taff said the biggest issue with the current website lies with people not taking the time to edit their own sites.

“I think that a lot of the problem is getting people to actually go on and add updates to their sites,” Taff said. “They could make a general announcement to have people remember to update their pages twice a year.”

Eric Woods, web developer of applications and infrastructure in Information Technology, is in charge of the team at the college that put together the new website. He said the website was made so that changes could be made in the future without having to create a whole new site.

“We very much have built it so that it has a foundation that will allow us to change and grow over time, and we won’t be rebuilding the website as a brand new project in five to 10 years,” Woods said.

Cameron said that the site will never truly be finished but that the college would like to have the majority of the features, like the ability to easily search for current majors on the homepage and for statistics about the college, available at the start of the fall semester.

“This migration from the old system into the new is a big chunk of what we have ahead for the next year,” Cameron said.