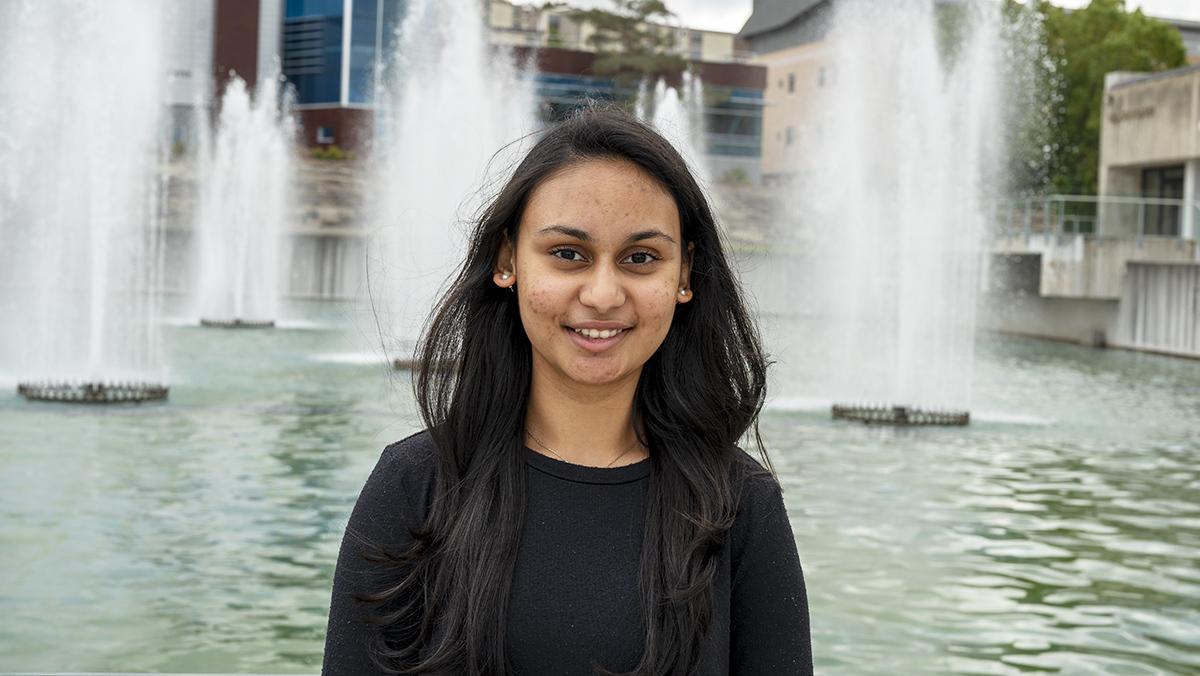 Future Lawyers for Human Rights is a new student organization with the mission to educate individuals about ongoing human–rights violations with the aim of educating, assisting and guiding members.

On Oct. 5, 2020, Future Lawyers for Human Rights officially became a new club on the Ithaca College campus. Junior Liza Dhameeth is the president and founder of the new club. She has an executive board that consists of five other juniors: vice president Armani Sampat, treasurer Khloe Krizek, social media manager Hannah Frey and secretary Trevor Britton. The club currently has approximately 30 members, Dhameeth said.

Dhameeth said she was inspired to form the club after doing a research project for her freshman seminar class where she decided to focus on charity and philanthropy.

“That’s just something that’s valued in my family and the Ithaca community,” Dhameeth said. “I found out the importance of charity and philanthropy, and I found outlets for which you can reach people in need by cutting out the middleman.”

She said her childhood is what has inspired her strong interest in human rights.

“I always had a passion for human rights,” Dhameeth said. “My family is from Sri Lanka, we’re Sri Lankan American and there’s a lot of connections to the Sri Lankan genocide, which is a giant human rights issue, and so i’ve always been very passionate about that. That played a critical role in my upbringing and my outlook on life. And just understanding that all human beings deserve basic human rights.”

The Sri Lankan civil war was the Buddist Sinhalese–dominated government against Tamil rebels who wanted a separate state. The fighting killed an estimated 100,000 people and left about 20,000, mostly Tamils, missing.

Craig Duncan, the club’s advisor and professor and chair in the Department of Philosophy and Religion, said he is excited for what this club will bring to the college.

“I think there is a real energy among the organizers to be active, by bringing in speakers and holding some fundraising events,” Duncan said.

Duncan said he accepted the position as club advisor after Dhameeth asked him because he knows her as a bright and dedicated student.

“I knew that the club would be in good hands, and it is on a subject that is an important subject — important for the world, but also important for me as an instructor,” Duncan said. “So I gladly signed on as an advisor when asked.”

He said he believes his experience with discussing these topics can be a resource for the club.

“Violations of human rights are among the worst sorts of moral violations that there are,” Duncan said. “It is important to be informed about them and to consider ways of stopping and preventing such violations. I also think it is important to realize that human rights violations are not just a phenomenon that happens ‘over there’ in foreign lands. We also have to be mindful of abuses in our own country.”

All students are welcome to join the Future Lawyers for Human Rights club, even if they are not on the pre-law track.

Britton, an integrated marketing communications major, said he joined the club because of his passion for human rights.

“I joined Future Lawyers for Human Rights because it is important to keep lobbying our representatives to support the rights of everyone,” Britton said via email.

Sampat said she joined the club in the beginning during the planning process. She said there have been many difficulties with getting the club running, including getting things done on a timely basis and outreach for members. Sampat said she is considering a career in law, which was one of the motivating factors to joining the club.

She said she is an international student from India who has done work with human rights during her senior year of high school.

“I was part of the student government,” Sampat said. “We planned an event where we gave 400–600 children access to a free health checkup. They met a general practitioner, a dentist and an eye doctor.  We planned this entire thing and it essentially made sure these kids could get checked out at least some point in their life without worrying about the expense of actually paying for the healthcare.”

Dhameeth said the club is beginning to attract members but is still looking for more.

Junior Madeline Miele is a body member and said she joined the club because it aligned with her interest in social change.

Dhameeth said the club also hopes to help support a variety of organizations like, the United Nations Children’s Fund (UNICEF), the United Nations High Commissioner for Refugees (UNHCR) and Human Rights Watch, by holding fundraisers and donating money to the causes.

“If you’re passionate about human rights and you care about the experiences of others and you want to make sure others have the same rights as we do in the U.S., then you’re all set to come join us,” Dhameeth said.