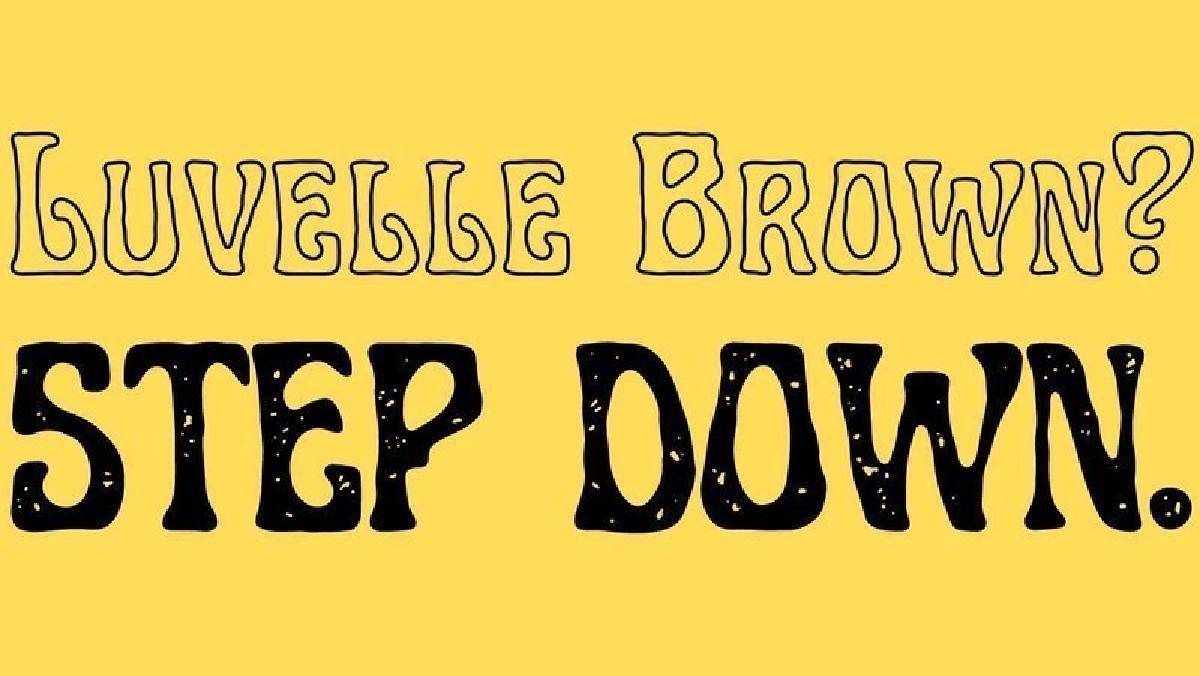 Courtesy of Stella Rivera
A new petition on Change.org asks Luvelle Brown, superintendent of the Ithaca City School District and member of the Ithaca College Board of Trustees, to step down.
By Alyshia Korba, Elijah de Castro — Senior Writer, News Editor
Published: February 17, 2022

For two years, Anjanette Brown has been filing complaints against her ex-husband Luvelle Brown — superintendent of the Ithaca City School District (ICSD) and member of the Ithaca College Board of Trustees — for abuse of power, to little success.

In response to the lack of meaningful action by the ICSD, the board of trustees and the New York State Department of Education, a new petition started by Ithaca College Alumni Against Austerity is demanding that Luvelle Brown step down.

Anjanette Brown, with the help of Peyi Soyinka-Airewele, professor in the Department of Politics, filed a petition with ICSD on Nov. 23, 2020. The complaints included failure to supply adequate educational resources for their son who has special needs, abuse of power as superintendent, limiting Anjanette Brown’s involvement in her children’s education, unethical hiring practices and interference with a Child Protective Services (CPS) investigation following Luvelle Brown’s alleged physical assault of their son.

In February 2020, CPS began an investigation regarding a physical injury that Luvelle Brown’s 8-year-old son sustained Feb. 23, 2020, which included several bruises. The Cayuga Medical Center report of these injuries states, “I asked him how it happened and told me his father grabbed him and scratched him and squeezed his neck [sic].”

The petition on change.org has gotten 90 signatures as of Feb. 16. In addition to the allegations of child abuse, the petition cites unethical conflicts of interest that Luvelle Brown has engaged in during his time as ICSD superintendent. One of these includes hiring Erica Keuffer as his administrative assistant in 2015 because she was the paralegal for the law guardian appointed to advocate for their children during their divorce process. Keuffer admitted in a deposition to having a romantic relationship with Luvelle Brown beginning two months after she was hired at ICSD. The Board of Trustees did not respond to multiple requests to comment.

“It is disgraceful to normalize Dr. Luvelle Brown’s behavior and not hold him accountable for the ways in which his behavior has disrupted both his family and the lives of numerous members of our community,” the petition states.

Stella Rivera ’19 is one of the signers of the petition calling for Luvelle Brown’s resignation from the Ithaca College Board of Trustees. Rivera said one of the reasons she signed the petition is because she believes enabling abusers by keeping them in positions of power puts the campus community at risk.

“It’s really reckless to give someone like that such a huge position of power,” Rivera said. “I don’t understand why we don’t hold people to all have the same standards, especially when it involves children and when it involves vulnerable young adults. It seems very inconsistent to me [that] the ICSD knows that the superintendent literally abused his children and [he] still has a job.”

Senior Kellie Swensen is a member of Open the Books, a coalition of students, faculty and alumni who have been calling for increased financial transparency from the college. Swensen said the petition sends a message to the administration about its complacency.

“With the petition, that’s one of the few ways that we can say to the leadership that we know what’s happening and it is disgusting,” Swensen said. “It is unacceptable, especially when we have spoken to members of the board of trustees and they refuse — we are not sure why — to say anything about it other than that.”

Luvelle Brown’s term on the board of trustees began in 2018 and will end in 2022. He is the co-chair of the Academic & Student Affairs Committee and is on the Governance & Compensation/Assessment Committee at the college. He also serves on the board of directors for the United Way of Tompkins County and Tompkins County Area Development. Rivera said another reason she signed the petition is because the college has a history of enabling abusers in positions of power.

“The college has set a precedent of putting these people who have been accused of abuse where there’s evidence against them,” Rivera said. “It’s not like these are just baseless accusations.”

Swensen said the purpose of the petition is to begin to address a larger systematic issue within college and societal leadership.

“Their failure to take Dr. Brown’s abuses seriously undermines any efforts on campus to hold abusers accountable,” Swensen said. “Whether they recognize that or not, they’re sending the message that in certain circumstances, abuse is acceptable and inconsequential. That is an incredibly dangerous message to be sending in the current climate at IC.”

In 2018, Shirley M. Collado — the college’s former president — admitted to living with a patient while she was their therapist. Additionally, Collado was accused by the patient of sexual abuse, which Collado denied. In 2001, Collado pleaded no contest to a sexual abuse charge. After this was made public, Collado remained in her position as president until she resigned in 2021. Swensen said the fact that both Collado and Luvelle Brown kept their jobs at the college despite abuse allegations, points to a frightening complacency on behalf of the administration towards abuse and abusers.

“We’re witnessing a normalization of abuse that is going to affect all of us, not only at IC, but in Ithaca and even more broadly,” Swensen said. “It’s awful and I think it’s just very clear that the college wants to pat themselves on the back for having so much faith in Title IX and then at the same time doing absolutely nothing to address abuses committed.”

On top of caring for her children and working on these petitions, Anjanette Brown said she has made sure that her children do not know about the ongoing court proceedings and the dispute between her and Luvelle Brown.

“As a mom, you want to shield your kids from the things that they just don’t need to be in,” Anjanette Brown said. “I mean, you’re only a kid once. … No matter how tired I was to the point of exhaustion in tears, I put on a brave face so that when we were having our cereal in the morning, and we were getting up, and I was driving them to school, they just had no idea I had been up all night doing the work.”

Clarification: Shirley M. Collado pleaded no contest to a sexual abuse charge in 2001.