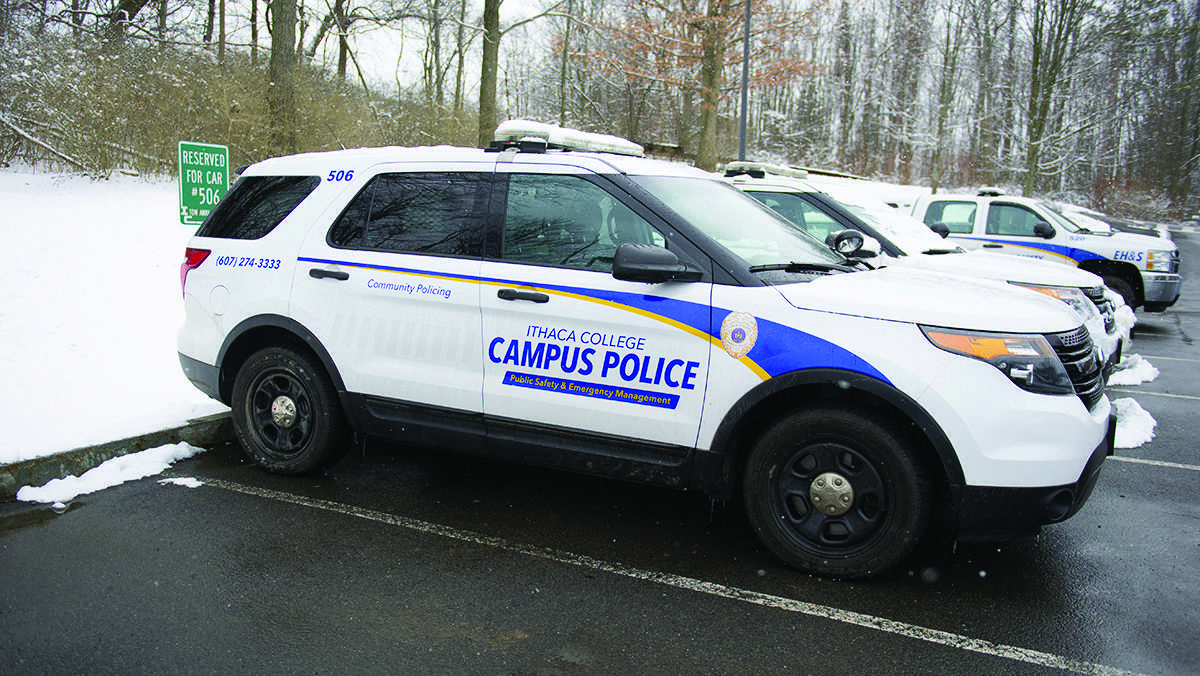 The Office of Public Safety and Emergency Management issued an alert to the Ithaca College campus that a forcible touching occurred April 12.

The victim told another individual that an unknown person touched her inappropriately in a stairwell at approximately 12:30 a.m. in West Tower. The suspect was described as a college-aged white male, approximately 5′ 7″, according to the alert.

The report asks that anyone with information regarding this incident is encouraged to contact the Office of Public Safety at 607-274-3333 or to leave an anonymous voice mail message at 607-274-1060.

“The Office of Public Safety reminds campus community members to always be aware of their surroundings, and to immediately report all unusual or suspicious persons, vehicles and activity,” the report stated.

A woman reported being forcibly touched in her Collegetown apartment at about 3:15 a.m. Sunday, according to the Ithaca Police Department .

The Office of Public Safety and Emergency Management is investigating a report of “forcible touching” reported on campus around 11:50 p.m. April 16 near the tennis courts and parking lot S, according to the Public Safety Alert sent to the campus community.