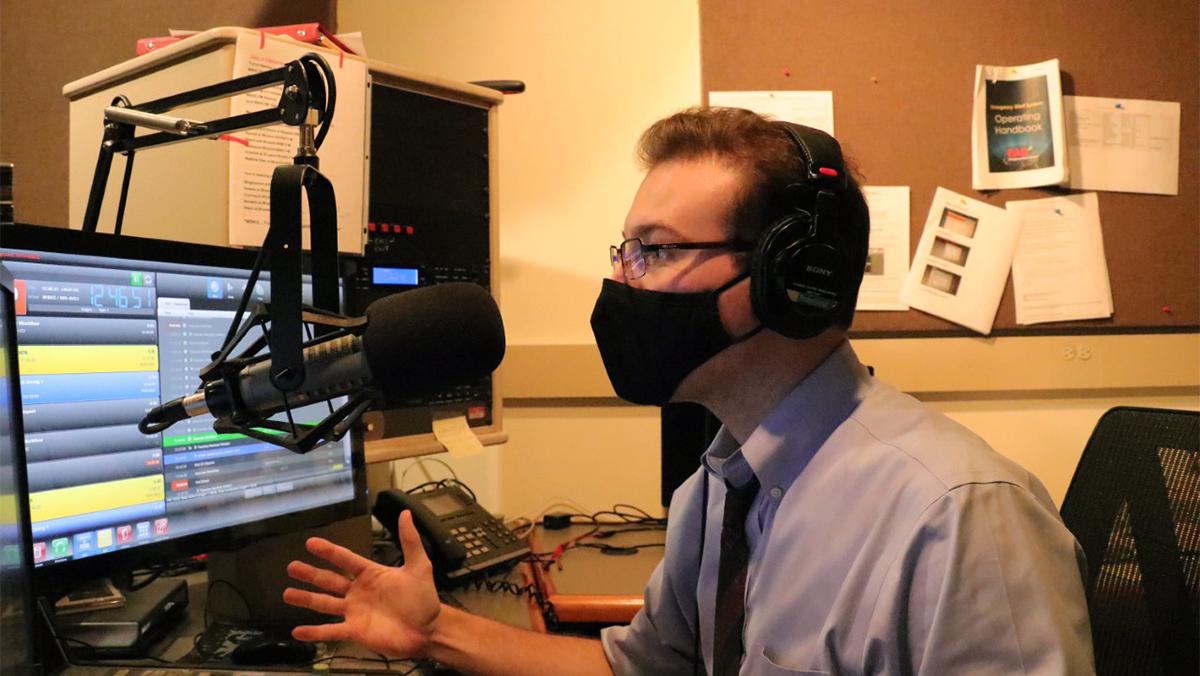 Vaughn Golden ’20 is currently a full-time reporter with WSKG News in Vestal, NY. Additionally, Golden also does freelance work in addition to his full-time position.

Prior to his career, he double-majored in journalism and economics at Ithaca College. He was involved in ICTV shows like “News Watch” and was a part of WICB radio.

Staff writer Jadyn Davis spoke with Golden about his time at the college and what he hopes current journalism students can learn before entering the real world post-graduation.

Jadyn Davis: What was your experience at Ithaca College and how did it prepare you for your career?

Vaughn Golden:  I was always interested in the news and I knew it was my focus and I got the opportunity to do that with WICB radio, but as time progressed, I shifted to TV for a few years. A huge part of my experience is what I did outside of college. I got connected to the “Ithaca Times” and did freelance reporting for them and another local newsprint such as the “Ithaca Voice.”

JD: How did you apply the skills you learned in ICTV and WICB to your job now?

VG: The funniest thing that I find looking back on my time with ICTV and radio is that they were always long nights and things that would go wrong. At the moment, we thought that it was unprofessional and things would be more organized when we go into the industry, but in reality now that I am in the industry, it’s pretty much the same deal. You have to make things work and be resourceful in that way. I think ICTV was fantastic preparation for that because it almost prepares you to face similar issues in the industry.

JD: What is a typical day in your everyday life?

VG: Every day is different for me and you have to roll with the changes. Last Tuesday was Election Day and I got in the office around three in the afternoon and left around three in the morning. Other days, I’m able to get a later start. Generally, within my day, I have to plan out some things and meet various deadlines that are spaced out either weeks or days apart.

JD: What advice would you give to a journalism major or anyone aspiring to be a journalist?

VG: It’s a tough industry. What I always tell people is to find your way to make yourself an asset. I was a server operator for “News Watch” and within a few months, I was a senior assistant producer for a show. When you make yourself an asset, it opens doors for you, and that is the best way to make connections and prove yourself. It is also important to understand your own worth, but be careful not to overestimate it.

JD: How do you come up with story ideas?

VG: Internally, I try not to think of story ideas as something to go out and find per se. I suppose I just try to kind of insert myself into situations, issues and communities where the kinds of stories I want to cover naturally develop. By being inquisitive, knowing the “ins and outs” of various issues and talking regularly with the people who are actively involved, most stories will just develop naturally. Over the last few months, I was assigned to cover Binghamton’s 2021 mayoral race. For probably six months leading up to that, I went to or tuned into just about every city council meeting. Municipal meetings are fairly dense and often rather boring, but provide a ton of insight. That not only helped craft the coverage I did of the election, but also spurred dozens of other ideas for stories as well.

JD: Who was someone that mentored you throughout your career?

VG: I’ve had quite a few mentors over the last few years and I certainly owe a lot to all of them. Probably one of the most formative has been Matt Laslo. Laslo now manages “The News Station,” a digital alt-weekly, but when I interned with him in the spring of 2018, he was primarily a freelance reporter based on Capitol Hill. Though I had been working with WICB since my freshman year, it was Laslo who really introduced me to public radio. I’m not sure if it was genius, generosity or obscenely questionable decision-making that he would let some plucky 19-year-old kid he’d never met run around talking to some of the most powerful people in the country, but his advice and ethic has continued to stick with me.

Editor’s Notes: A previous version of this story stated that Golden still worked at the Watertown Times in Watertown, NY.