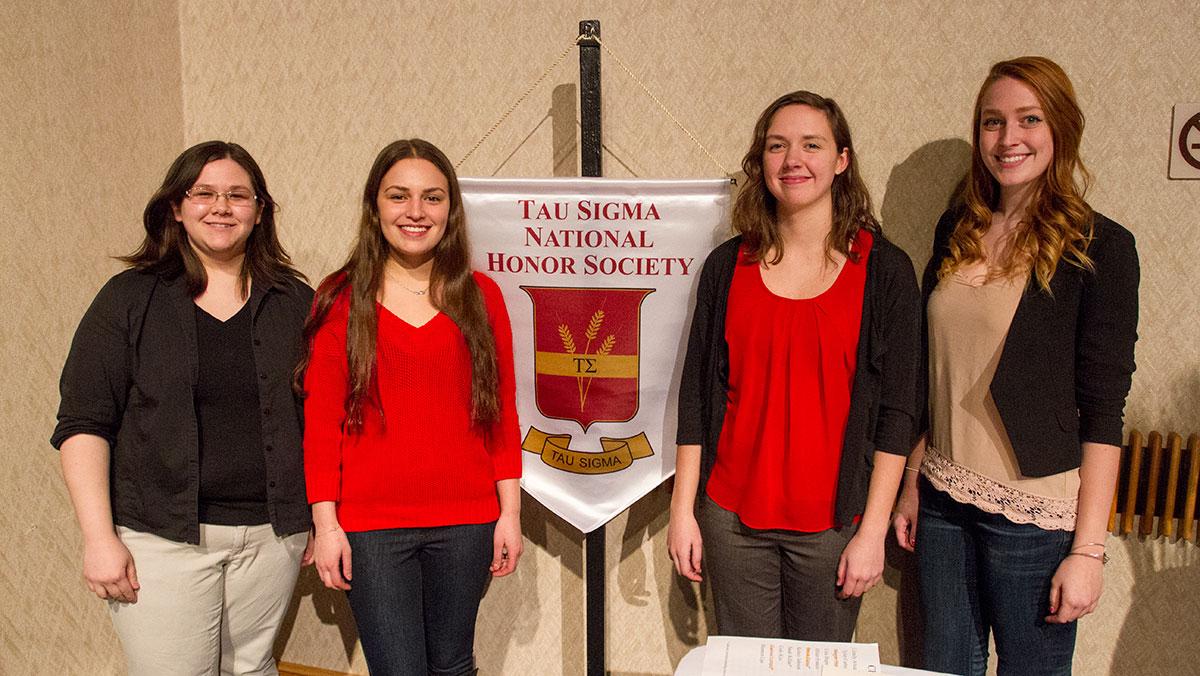 The college established its first chapter of the Tau Sigma National Honor Society in Fall 2014. The organization hosts events for transfer students at the college to get them better acquainted with one another and the school. In order to become a member of Tau Sigma, a student must receive an invitation from the organization. The chapter’s adviser, academic adviser Randy DeVett-McKeon, sends eligible students’ contact information to Tau Sigma, letting the organization know about potential members, who must be transfer students with a 3.5 GPA or higher.

Junior Taylor Menaker is the organization’s treasurer and will be president next fall. Staff Writer Maura Aleardi spoke with with Menaker about the new chapter, her experience with Tau Sigma and her plans for her presidency.

Maura Aleardi: Why was the organization created?

Taylor Menaker: Our adviser actually was the adviser for a Tau Sigma at a different school and I think she came here three years ago, and since then she’s been trying to get it started and the national chapter was sort of hesitant for a small school, but we got 26 kids the first year so they allowed us to have a chapter here.

MA: Why would you encourage people to join Tau Sigma?

TM: I encourage all transfer students to come to our events, and if you do get into Tau Sigma, it’s a great way to get involved on campus if you’re kind of new and you don’t know what other organization to join. Especially because so many people that transfer in are older already, so it’s kind of hard to get a leadership role as a junior who is new.

MA: What are you looking forward to most about being president?

TM: I’m looking forward to being able to have more activities instead of just like one or two every few months, but really like every other week try and have even just like a small thing just for all transfer students to come to. I also want to start a mentorship kind of program. We tried to get that started but it didn’t really work out. Just something where like before the school year starts, Tau Sigma members would email new transfer students to sort of say hi and then we’d have a meet and greet the first week of school. So I really want to try and get that started this August.

MA: Why is the presence of Tau Sigma important at IC?

MA: How does TS compare to the other organizations you’re part of at IC?

TM: I’m also part of IC After Dark. That’s been around for a long time here and it’s very established and there’s a routine, and they meet at the same time every week. Tau Sigma was sort of not as structured, so it was new so that was kind of hard to adjust I guess because I wanted to meet at the same time every week, and it wasn’t really a possibility with such a new organization.

MA: How would you like to see the organization grow or improve?

TM: I just want members to be more active and not just join because they’re part of some honors society, but I really want them to come to every meeting and share their ideas and just want to be involved in general because that’s how we can make it a better organization.

MA: What is your relationship like with the other e-board members?

TM: We get along pretty well. We didn’t know each other before this started. It was a little hard at first, but now we’re all pretty close. The current president is leaving for Block II so our vice president is taking over, and I think she’s going to do a great job.

MA: How has Tau Sigma brought you closer together?

TM: I guess because we all have the same sort of experience with transferring and we know that it was hard and we can kind of talk about ways to make it better for new students.