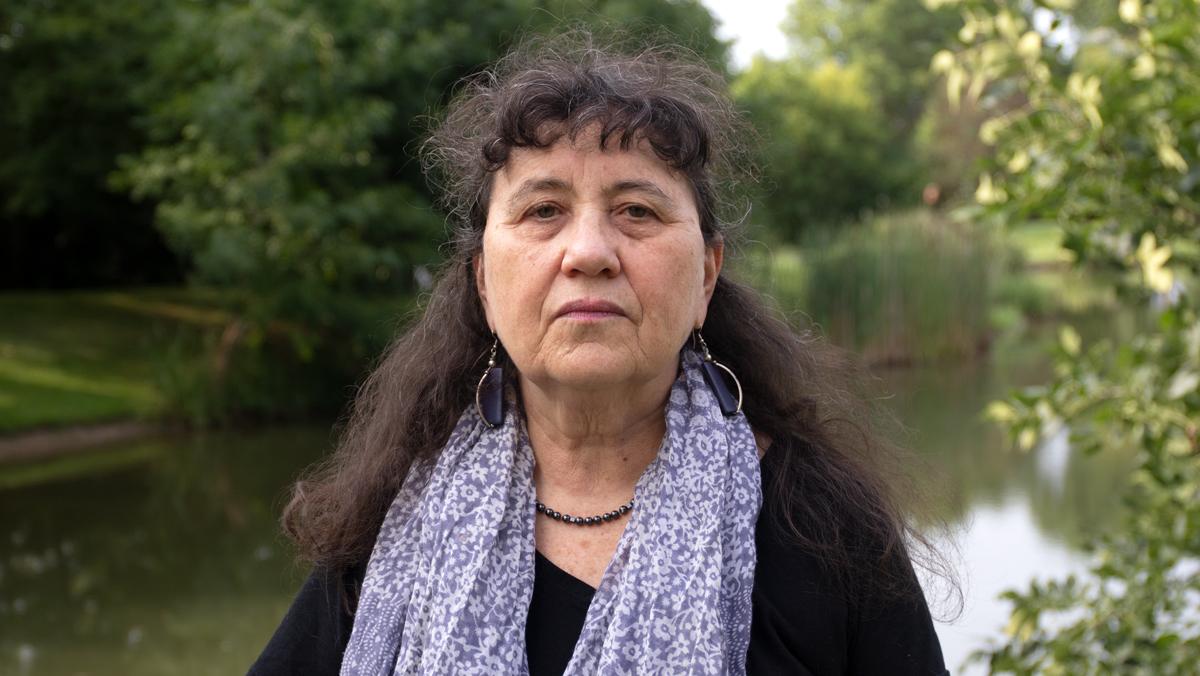 Elias Olsen/The Ithacan
Harriet Malinowitz, lecturer in the Department of Writing, published an article in Slate Magazine, “Sexual Harassment Happens Between Lesbians, Too,” June 12. She shares her experiences with sexual harassment as a lesbian.
By Maggie McAden — Assistant News Editor
Published: August 26, 2018

Harriet Malinowitz, lecturer in the Department of Writing, published an article in Slate Magazine, “Sexual Harassment Happens Between Lesbians, Too” June 12 to highlight that sexual harassment also occurs in queer spaces.

Assistant News Editor Maggie McAden spoke to Malinowitz about her experiences with sexual harassment as a lesbian, the importance of recognizing the intersectionality of the #MeToo movement and her take on President Shirley M. Collado’s past sexual abuse conviction.

Maggie McAden: What made you decide to write about your experiences with sexual harassment, and what were your goals when writing the piece?

Harriet Malinowitz: As I said I think at the beginning of the piece, I  was doing the Ithaca College online mandatory sexual harassment training. … I totally recognized the importance of it. … It starts to make you think of your own experiences, and … I think the #MeToo basically sums up the ubiquity of this experience, that everybody has had one it seems, and they take various forms.

MM: In the lesbian community,sexual harassment still occurs even though male and female sexual abuse has often been highlighted publicly through the #MeToo movement. Why do you think it’s important to highlight the intersectionality of the #MeToo movement?

HM: I just think that it’s one of many cases in which particular groups of people get erased in the public imagination from particular experiences. …  I volunteered for a rape crisis center … And I do remember at one point when I was counselling a woman called me. … A man had climbed in through her window; it was one of those really traumatic things. But she was a lesbian and I remember she was asking me a counselling question, something she was struggling with, “Well, you know somehow I thought just being with women protected me, and what does it mean to realize that nothing is going to protect me?” And that was a challenge for me to address. … I realized that we just didn’t have the vocabulary to discuss those kinds of things.

MM: Do you think that sexual harassment in the lesbian community, and also the LGBTQ+ community generally, is less talked about and less recognized? And why do you think this is?

HM: I think partly people just don’t think women are capable of such aggressive acts in a lot of ways. I think a lot of it is that men have been given the license to do it for so long. It was considered so normalized that that is what the #MeToo movement is about, is saying, “Yeah this seemed normal.”

MM: How might blind queer solidarity hinder LGBTQ+ people from coming forward with their experiences?

HM: I think that any kind of solidarity that’s not nuanced is going to bring trouble, but also remember the time; this was 40 years ago, it was the early ’80s, so it was in that era … of lesbian separatism and the female academic who berated me … for my role … said, “Lesbians never call the cops on other lesbians.” It was because of this sense among a lot of lesbian separatists that lesbians should be treated as almost an endangered species, that we were so discriminated against, a minority. … I think that’s true in many groups.

MM: Collado has been accused of sexual abuse in the past, which she denies. I’m wondering what you think of the campus’ response to her past sexual abuse charge, which she acquired after pleading no contest to the charge in 2001?

HM: Well, I am really interested in that subject. In fact, I have written something about it that I haven’t placed yet … the head title is, “Whose trauma?”

But, in Shirley Collado’s case, it didn’t really have the benefits of the judicial system. I mean, she was just apparently encouraged to just say “Forget it, I’ll put it behind me” by pleading nolo contendere, and in doing that, none of the evidence was subject to examination or cross-examination. … That did not go through a trial, and I totally understand why she didn’t feel like she could deal with that.

Many of us defended her, as I acknowledge in the article because we wanted to believe her because we love her. … That’s not really the best basis for really making a decision. … So, what I end up arguing here is that I don’t think we should ever believe or disbelieve anybody because they’re a part of a class of persons; I think we need to look at the evidence… And I very much feel that in her case that somebody was wronged, but it just as easily could have been her.

MM: We talked about in this interview that often in cases with two women — one the survivor and one the perpetrator — that that kind of abuse is less valid in the eyes of society. Do you think that those kinds of structures had any impact on the campus’s response?

HM: Probably. … But again, to me the question is always, “What does convicted mean?” It implies someone who was found guilty by a jury or a court. It was totally skipped.

Furthermore, I scrutinized The Ithacan article really closely … in the article that I wrote. I noticed that certain things that [the reporter] was putting forth as evidence was evidence that had been submitted and had not even been admitted by the judge. So, here we are in the court of Ithaca College opinion letting particular artifacts that were allegedly presented be damning and incriminating.

The only hesitation I have about it, it’s not going to stop me from doing it, but I hate to sort of re-open more avenues of grief for Shirley Collado, but I just think that it’s a case that needs to be looked at much more closely then people have looked at it.

I talk very briefly … in that article … about restorative justice. … I think Shirley Collado has been fabulous and I think so many people feel that way. … What’s going to be accomplished if we got rid of her and punished her for her imperfections?

Commentary: The importance of affirmative consent