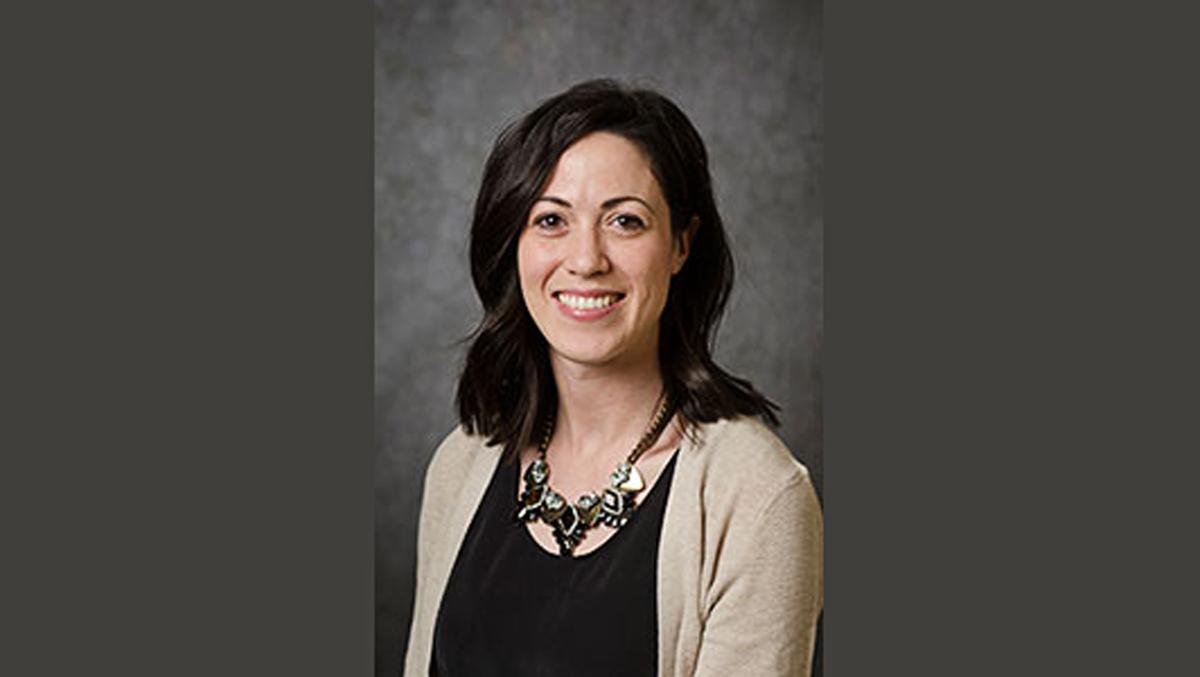 Courtesy of Jenna Heffron
After conducting research, Jenna Heffron, assistant professor in the Department of Occupational Therapy published a chapter in the book, “Occupational Therapy for Adults with Intellectual Disability.” The book contains contributions from several authors. Research on the subject matter was conducted primarily at the University of Illinois at Chicago.
By Diana DeLuca — Staff Writer
Published: February 19, 2020

Jenna Heffron, assistant professor in the Department of Occupational Therapy, gave adults with intellectual and developmental disabilities cameras and an opportunity to show the world their perspectives.

After conducting her research, Heffron published a chapter in the book, “Occupational Therapy for Adults with Intellectual Disability.” The book contains contributions from several authors. Research on the subject matter was conducted primarily at the University of Illinois at Chicago.

Staff writer Diana DeLuca sat down with Heffron to discuss the process of researching and writing the chapter.

Diana DeLuca: How did the book chapter get started?

Jenna Heffron: That actually has been in the works for six years or so. It started when I was a Ph.D. student out in Chicago at the University of Illinois at Chicago. I was working in my adviser’s research lab, and we worked on various projects, and one of them was on supporting home and community participation for adults with [intellectual and developmental disabilities (IDD)]. It was an intervention research project. It was a federally funded project where we had designed several sessions to support that, and we would measure outcomes. So that kind of developed into various little subprojects, and one of them was this book chapter and an invitation to write on this topic from another scholar in the field. So the chapter was on peer mentoring and support, and that was a big part of our intervention project. We’d done background research on the topic, and then we included a little case, a study, about our research and how they were using this thing called PhotoVoice, which is basically taking photos. So the adults with IDD were taking photos out in the community and in their homes. They were identifying support and barriers in that environment. So a researcher or another peer mentor with IDD whose familiar with this process would say, ‘What are you talking about? What did you see in that photo?’ And they might say, ‘The stairs are hard to climb’ or something, and that might become a barrier. So helping them to kind of identify and gain advocacy skills and participate in their communities.

DD: When you were doing your research, was there anything you found surprising or any setbacks you had?

JH: Yeah, it feels so long ago that we actually did the research. One thing that came up in this and other research projects actually is this idea of payment to participants. So we felt very strongly that if participants were going to give us their time and participate in this study that they should be reimbursed financially. This is a major issue in adults with intellectual and developmental disabilities with it being legal to pay subminimum wages to these folks for their work. So we felt very strongly that if we were taking up their time and their energy that we should be paying them. There are a lot of gatekeepers involved, so, if they aren’t their own guardians for some reason, or even if they are, families or professionals can kind of get in the way and question why we are giving payment to them versus to the gatekeeper and that type of thing. That has also come up in another study, which we informally titled “Escape the Nursing Home.” And, when working with people with psychiatric diagnoses, specifically substance abuse or history of substance use disorder, that’s become ‘Well, if you pay them they’re just going to use it to get drugs’ versus what is that person’s right to earning money for their work. That’s kind of always an issue when people are seen as not able to take care of themselves, this idea of gatekeepers and who is in charge to make these major decisions for people.

DD: When you were doing your research, were you observing participants in a natural, everyday setting?

JH: This particular study was a curriculum we developed and then used as an intervention. So we went into their homes and did home accessibility audits and into their workplace, which was mostly sheltered workshops at the time that pay nothing or some minimum wage. That was not the case for everybody, so we did accessibility audits of their work site as well. In that intervention, one of the sessions was for the participants to identify home– and community–based participation goals, so what they wanted to do out in the community that they weren’t currently doing. They identified a wide variety of things. So an example was maybe they wanted to go out to Navy Pier, which is out in Chicago. It’s kind of like a boardwalk with a Ferris wheel and lots of things to do, and they wanted to spend time out there. If there were a couple of participants who had similar goals, they would go on an outing together. Some people went individually with the researchers, and that’s when they would implement their PhotoVoice, taking photos of supports and barriers that they found and saw out in the community.

DD: What was your goal in publishing this chapter?

JH: The field of disability studies is a critical field that looks at disabilities in ways that might be seen as unconventional or not mainstream from rehab–type approaches. So the book chapter was published in a book on occupational therapy, but part of our purpose was to highlight nonclinical aspects of support and participation. So it was about peer mentoring and support, not just how rehab professionals can help their clients or can improve the lives of their clients in those individual interactions but how people with IDD themselves can actually develop community and support networks and how that can be very informal. It doesn’t have to be this formal mentoring process although it can be. So the end of the chapter is one of my favorite parts where we talk about those informal networks and try to reframe this within a professional context. We could refer out to peer advocacy and support networks in the community. So rehab professionals aren’t kind of pulling in disability issues and calling it theirs or calling it ours, but we’re saying ‘Hey, you have a lot to offer. You can support other people who are going through those issues.’