Redesign to focus on restructuring layout of Campus Center 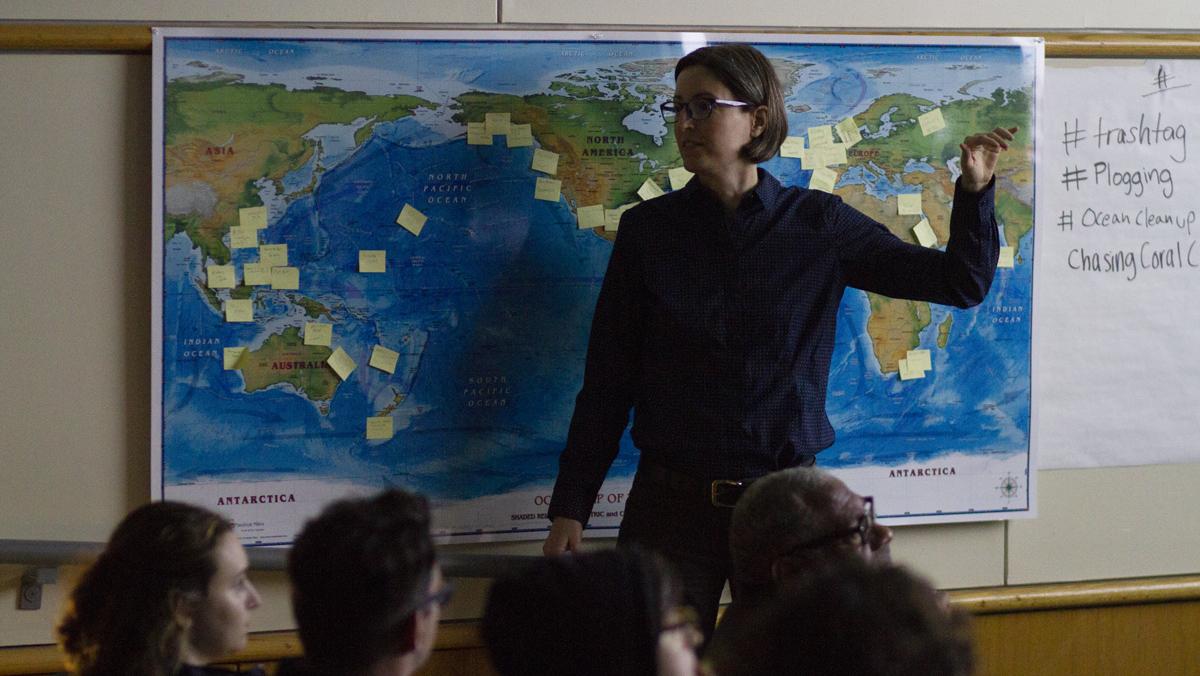 The Ithaca College Campus Center Design Study Steering Committee hosted its second town hall meeting May 2. While previous meetings discussed broad architectural designs and issues about a lack of accessibility and sustainability in the building, this forum specifically focused on the planned structural design and layout of the new Campus Center.

Approximately 40 people attended the session, the majority being faculty and staff. The audience’s concerns primarily centered around accessibility, layout and potential safety hazards of the new design. The discussion was led by Vincent Nicotra, architectural partner at QPK Design, which is the architecture firm hired to redesign the Campus Center. Nicotra presented two design concepts that both involved tearing down the old Campus Center rather than renovating it. There was no mention of how much money the redesign would potentially cost or how long it would take.

“When you start looking at the cost and the drawn–out nature of [renovating], in our experience, it doesn’t pay off in the end,” Nicotra said. “It tends to compromise what you’re trying to do, and it’s very difficult to execute.”

Erin Primerano, principal at QPK, explained that both concepts involved transforming the Campus Center into an open three–story atrium as opposed to the divided layout that currently exists.

“This atrium space goes up all three floors, and there are openings throughout the center of the atrium with skylights at the top, so we’re really flooding the center with a lot of natural light,” Primerano said.

Nicotra said the overall idea was to model the structural layout and aesthetics of Ithaca’s gorges.

“A strong component of both themes is to create one campus, not a campus that’s broken up by a building that doesn’t allow you to connect the two sides,” he said. “That’s really the concept that drives the gorge — it’s this connecting element.”

Both designs completely changed the existing layout of the Campus Center, with an emphasis on moving the location of the loading docks, dining halls, the Emerson Suites and the mail center. All of these places will still be located in the Campus Center, but they will be on different floors and spaces than they are now. The main difference between the two concepts was where each of the facilities was placed. In one scenario, the Emerson Suites was on the ground floor, and, in another, it was located more to the back of the second floor. Nicotra said he hoped this would improve the flow and accessibility of the Campus Center.

However, changing the location of the loading dock and dining hall would mean the college would have to create new service roads. During the Q&A portion of the meeting, many members of the community raised questions about safety, specifically regarding the intended placement of these new roads. Both concepts involved a service road that was close to Landon Hall or Hammond Health Center, which are both heavily populated areas. It would not take away walking paths, but parking lots would be moved and service vehicles would drive up through a new road next to Landon or Hammond.

Nicotra added that while his firm is not pursuing renovation concepts, ultimately, it will be the college’s decision about whether or not the building will undergo a complete overhaul.

Freshman Owen Romano attended the meeting and said he was impressed with both design concepts.

“I like the current Campus Center, but I definitely see their point about trying to make it more open,” Romano said. “I can agree that it definitely splits the campus the way it’s set up.”

Still, much of the redesign is undetermined. Nicotra said that after the community decides on one of the concepts, his firm will then focus on the specific aesthetic designs.