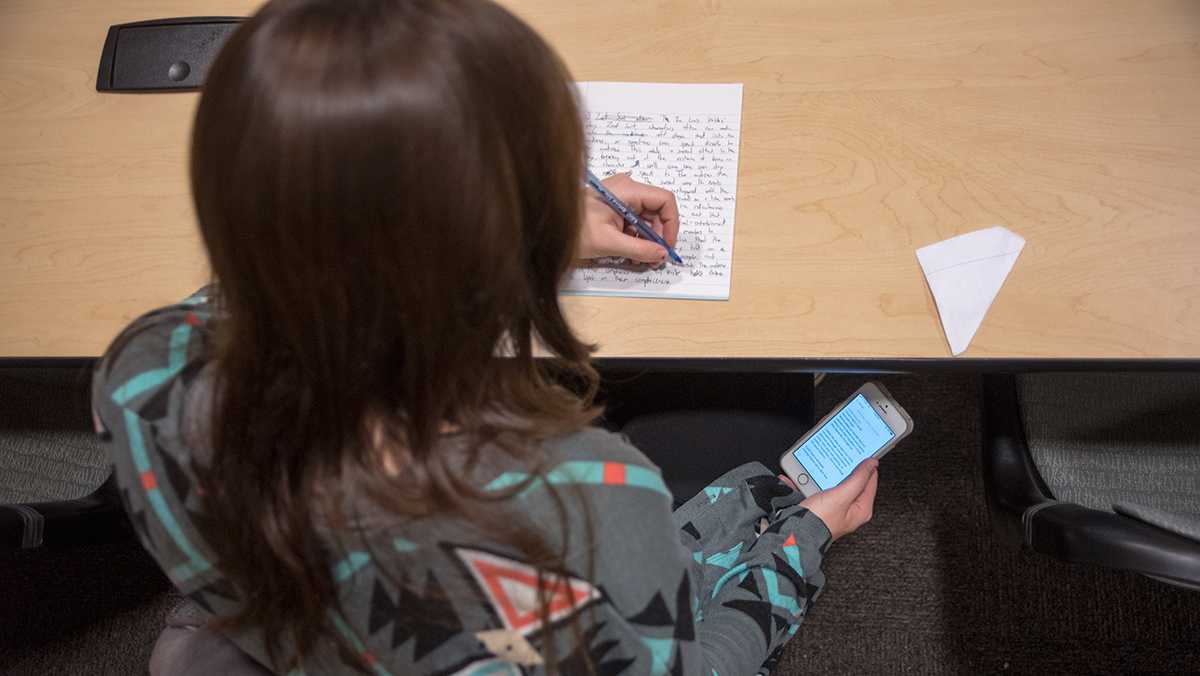 Photo illustration by Amanda den Hartog
In a 2009 study published in the journal Ethics & Behavior, researchers found that almost 82 percent of a sample of college alumni admitted to cheating as undergraduates.
By Daniel Hart — Staff Writer
Published: November 24, 2015

Nine students were placed on academic code probation for academic misconduct in the 2014–15 school year — fewer cases than Ithaca College has seen in years.

Academic dishonesty, as defined by the college’s Standards of Academic Conduct in section 7.1.4, includes: “Conversations between students during an examination; reviewing, without authorization, material during an examination …; unauthorized collaboration; submission of a paper also submitted for credit in another course; reference to written material related to the course brought into an examination room during a closed-book, written examination; and submission without proper acknowledgment of work that is based partially or entirely on the ideas or writings of others.”

An average of 26.7 students have been put on academic code probation each academic year from 2005 to 2014, compared to nine in the 2014–15 academic year. Between 2007 and 2011, national surveys conducted on 14,000 undergraduates by Donald McCabe at Rutgers University found about two-thirds of students admitted to cheating on tests and assignments. In a 2009 study published in the journal Ethics & Behavior, researchers found that almost 82 percent of a sample of college alumni admitted to cheating as undergraduates.

Michael Leary, the assistant director of the Office of Judicial Affairs, said he does not know exactly why the number of students caught cheating has gone down in recent years. He said the low number of freshmen, who make up the majority of judicial offenses according to Leary, enrolled last year, could be a factor.

When a student is caught cheating, that student’s consequence is partly up to the discretion of the particular professor, Leary said. He also said he recognizes that some cheating slips through the cracks.

Leary said it does not bother him that many cases don’t go through Judicial Affairs.

“I’m sure there are a lot of things that may happen that are just handled between the student and the faculty member, which is fine,” he said.

“When we discover that you’ve plagiarized, we can bring this out and say, ‘You signed this,’ therefore you’d be ready for all the penalties,” Mogekwu said.

Professor Brooks Miner of the biology department said he has not caught students intentionally cheating in his classes, due to his personal relationship with his students.

“Call me a fool, but I feel like there’s a level of personal connection there which makes students a lot less likely to cheat than in a big class where they feel like the instructor doesn’t even know their name,” Miner said.

When a case does go to Judicial Affairs, the student receives two semesters of academic probation on first offense. On second offense, the student meets directly with the provost, and on third offense could face suspension or expulsion, Leary said.

If students deny academic misconduct by refusing to sign the document, they would first meet with Leary. The student and faculty member would then go before a conduct review board, which would inform the provost of its opinion as to whether the student is guilty, and the provost has the final say.

Freshman Noah Wetherald, a business administration major, said he thinks it is very easy for students to get away with academic cheating at the college, especially with cellphones.

“I heard somebody saying it was really easy to cheat on some tests, to whip out your phone and use it,” Wetherald said. “Some teachers let you use your phone as a calculator.”

Wetherald said many students cheat on a scavenger hunt assignment given out by a business school professor that requires students to complete a spreadsheet of information about their peers with the goal of helping them learn one another’s names.

Freshman Andrew Diamond, a business administration major, said it is easier for students to get away with cheating in college than in high school because most professors do not make students hand in their papers using plagiarism-checking software, like Turnitin.

Leary said an important part of punishments for academic dishonesty is to make sure that students learn from their consequences.

“We want students to be successful,” Leary said. “There’s a balance: You have to hold somebody accountable for what they did, and you want to give them a consequence that’s going to help them.”