Resident assistants submit proposal for full room and board coverage 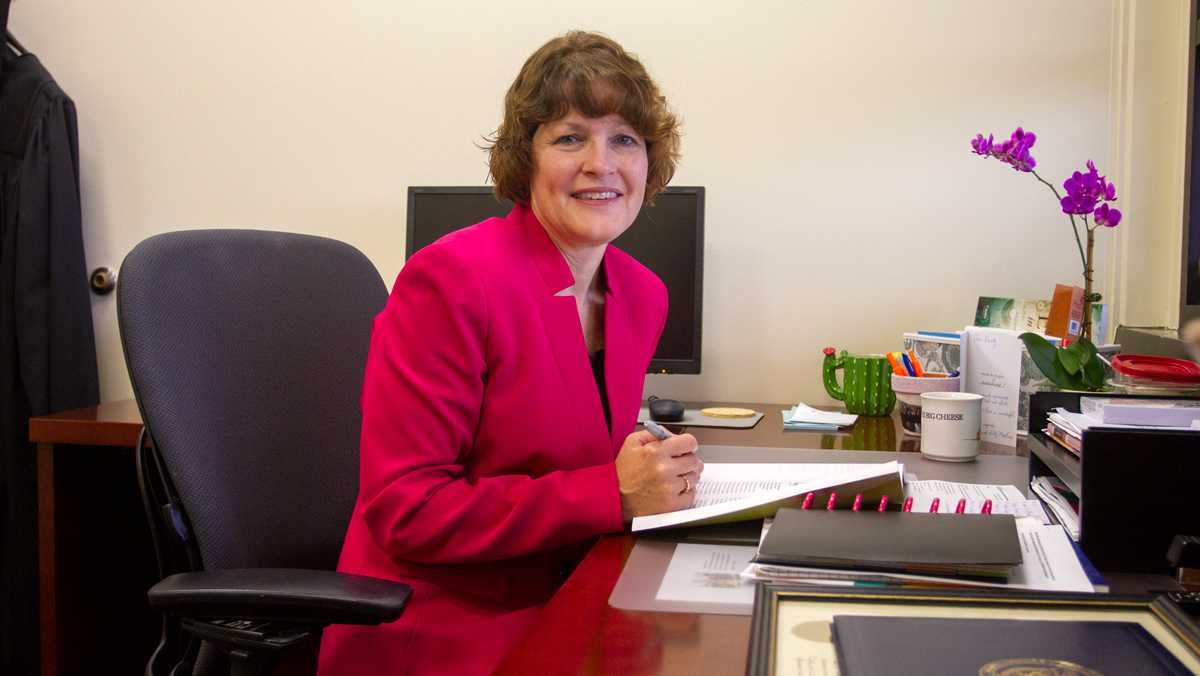 Elias Olsen/The Ithacan
Dean of Students Bonnie Prunty said the new proposal is an attempt to raise compensation at a rate that will help close the gap in compensation between new and returning RAs. It will be the first formal proposal requesting the college to allocate a larger budget for RAs, she said.
By Phoebe Harms — Staff Writer
Published: October 3, 2018

In February 2018, Ithaca College resident assistants submitted a budget proposal to have their compensations raised to 100 percent of the cost of room and board. The proposal is now on hold in the president’s office until the next annual budget process begins.

The proposal will be reviewed in this year’s budget process, which will begin Nov. 1, dean of students Bonnie Prunty said. RAs will hear whether or not the budget is approved in February 2019. Submitted by the college’s Resident Assistant Advisory Board, the proposal includes strategies for raising the compensation for both new and returning RAs, Prunty said. She said new RAs currently have 75 percent of their room and board costs covered while returning RAs receive 91.9 percent. There are currently 50 new RAs and 83 returning RAs staffed, said Ronald M. Trunzo, interim director of the Office of Residential Life and Judicial Affairs.

The board wants RAs to have the costs of their room and board entirely covered. Many RAs said this would alleviate the stress of maintaining multiple jobs and therefore allow RAs to dedicate more time and effort toward their residents, said Sherley Ann-Belleus ’18, who previously served on the advisory board helped create the draft.

The new proposal is an attempt to raise compensation at a faster rate as well as close the gap in compensation between new and returning RAs, Prunty said. It will be the first formal proposal requesting the college to allocate a larger budget for RAs, she said.

Compensation does not vary based on the number of residents an RA oversees — it only differs between new and returning RAs, Prunty said. The tasks of individual RAs may differ depending on how long they’ve served in the position as well as what residence hall they serve in, Trunzo said. Trunzo said the number of residents per RA depends on the building. Freshmen halls have an average ratio of 20-to-1 residents per RA, the Terraces 50-to-1, the Garden Apartments 135-to-1 and the Circle Apartments 148-to-1, he said.

RAs have mixed opinions about whether or not they are fairly compensated.

At any moment, students can contact their RAs to ask for assistance, so the position requires being on call, junior Magdalena Kwasnica, a member of the advisory board, said. Kwasnica said that because the position is essentially a 24/7 role, it is difficult to assess what fair payment would be.

“It is difficult to calculate how to compensate for a job that has you wearing your ‘RA cap’ all the time,” Kwasnica said.

Former student River Rushing said that although they thoroughly enjoyed their position as an RA, they did not feel the work they did equated the compensation they received.

“It’s a little disheartening when I pour my whole soul, blood, sweat and tears into a job that I love and I’m still scraping up pennies,” Rushing said. “I couldn’t balance a healthy mind, job, academics and being an RA.”

Rushing no longer attends the college because of mental health and financial reasons. Rushing said that although the money they received from the RA position helped them a little bit financially, they might have been able to stay at the college had their room and board been completely compensated for.

“Many RAs become RAs to make their way through college without completely screwing themselves over with loans,” Rushing said. “But they are inevitably screwed over by the systems that do not properly value their labor.”

Rushing said they know many RAs with similar experiences.

Not all RAs feel this strongly toward their pay. Junior Hannah Weibley, a senior RA in Terraces, said that although she understands why so many want increased compensation, she feels that RAs are paid fairly.

“It’s a very demanding job that we know the requirements of when we applied,” Weibley said. “Based on the work we put in on a weekly basis, I think it evens out.”

Sophomore Jessica Scarano is a first-year RA, and although she enjoys the position, she said she feels the compensation for new and returning RAs should be equal.

“Since everyone has the same responsibilities and duties, it makes sense that the payments should be the same,” Scarano said.

Weibley said some RAs rely on the money they receive to attend the college, so full compensation would be extremely beneficial to their educations. Simply having the proposal considered makes her feel like compensation is on President Shirley M. Collado’s radar, she said.

“It’s not as immediate as some would like,” Weibley said. “But at least it’s a step up.”

There needs to be a better work-life balance — the kind that RAs are supposed to promote among their residents.

In the next five years, several of the most basic facets of residential life, from how dormitory common rooms are lit to how students open their own rooms, will completely change. Some already have. On Nov. 5, the Office of Residential Life released its master plan to the campus on its Web site. The plan…