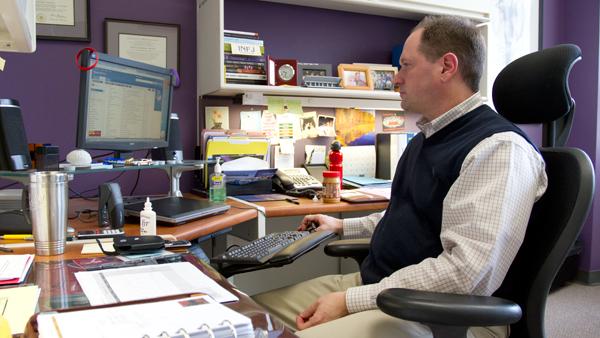 After announcing Oct. 22 that block housing would be eliminated as a housing option next year, this week Bonnie Solt Prunty, director of the office residential life and judicial affairs and assistant dean of First Year Experiences, sent a letter to The Ithacan indicating that block housing will no longer be cut because of student opposition to the change. Block housing allows up to six students to request rooms that are clustered together.

“She said that block housing is going to be an application process,” Recckio said. “You can choose your top three choices for where you want your block housing to be.”

Students also expressed concern over freshman eligibility for Residential Learning communities such as the Housing Offering a Multicultural Experience. Under the IC 20/20 plan, which requires all students to be housed in the FYRE, incoming students would be excluded from participating in the program.

Uncertainties about the logistics of the FYRE program have prompted Residential Life to reconsider its housing plans, Ron Trunzo, associate director of residential life and judicial affairs, said.

For example, the full expansion of FYRE was delayed because finances were also being considered. Trunzo said there will be more resident assistant positions in the FYRE to increase the student to RA ratio, which will require a budget increase.

In addition to budget concerns, the housing requirements for scholarship programs also conflict with the FYRE plan.

Park Scholars and Martin Luther King Junior Scholars are required to live in the H.O.M.E. program during their first year. With the new requirement, it is not clear where those students will be expected to live.

Trunzo said one idea was to include the H.O.M.E. program in FYRE and a separate but similar program for the upperclassmen.

“It could work,” Trunzo said. “They can certainly do partnerships and do programs and events together to try and promote that bond.”

Lipford said he appreciated the sense of community as well as the discussions centered on race and political issues and said he does not think the H.O.M.E. program should only be available to upperclassmen.

“In a way, it would be isolating first years from getting a different experience from sophomores and juniors,” he said. “You would be getting a limited view. You’re confining culture into a certain space. With similar people you could get that aspect, but the H.O.M.E. program is multicultural. Class year is an aspect of diversity.”

To align with the plans of IC 20/20, Trunzo said one option being considered for the FYRE is to group students according to the themes they will be studying within IC 20/20’s Integrative Core Curriculum. Trunzo said the change would hopefully foster a greater sense of community as well as an intellectual atmosphere among first year students.

“It’s not just ‘we’re doing social programs together’ — which I think is very beneficial,” he said. “But it’s also stronger if there is an academic connection … I think that experience can further strengthen that sense of a tight-knit cohort experience.”

Trunzo said he conducted an assessment last year of students living in East Tower, Tallcott Hall and Boothroyd Hall, which were a part of the FYRE, to gauge opinions on their experiences. He conducted the survey three times throughout the year.

Feedback was mixed. Some students in the survey said they do not see a difference from other housing experiences and also expressed disappointment about the lack of upperclassmen in the dorms as mentors.

Other students, however, said they like living with other freshmen because they are at a similar place in their lives.

With this in mind, Trunzo said the positives of the FYRE program outweigh the negatives.

Freshman Taylor Graham, a Park scholar, currently lives in the H.O.M.E. program. He said his experience at the college would not be the same without this living experience.

“It would be easier to fall into the monotony of American culture,” he said. “[H.O.M.E.] gives you a different college experience and allows you to immerse yourself in a culture that is harder to find at Ithaca.”

Trunzo said though the changes may not be as comfortable for some, the intent is not to disadvantage anyone.

“With the shift to doing all first year housing, it just changes the picture and the practice by which we do things,” Trunzo said. “The intent is not to make it less personal.”