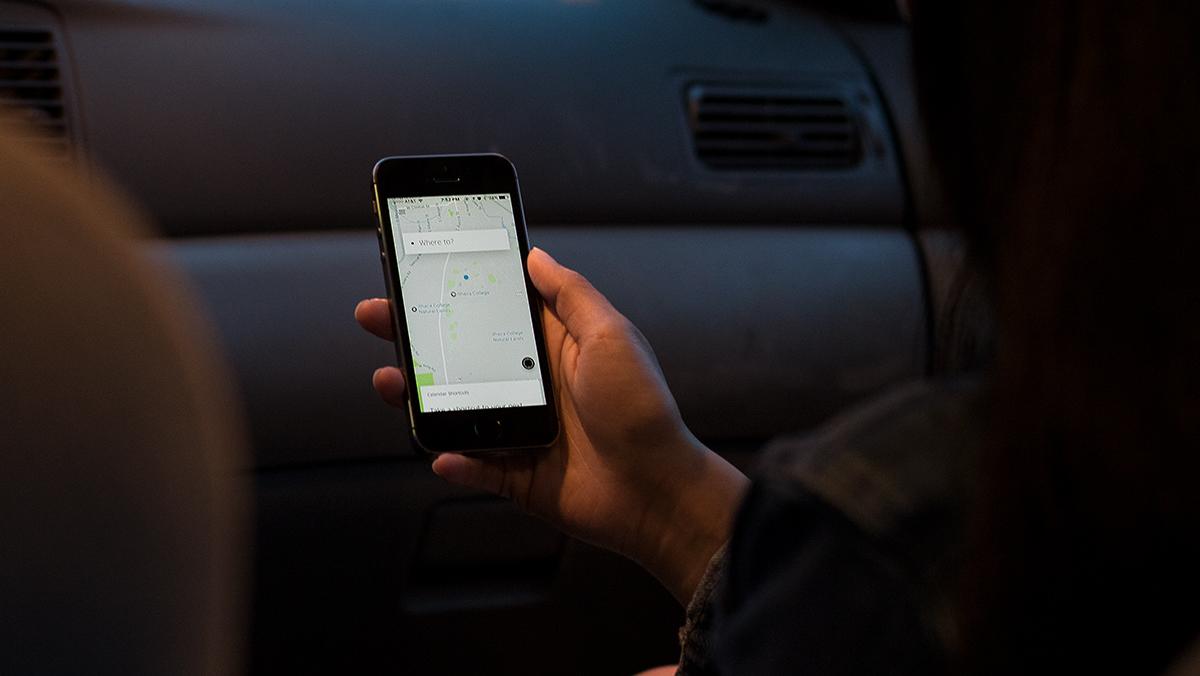 Sam Fuller/The Ithacan
Ithaca College students will be able to utilize ride-hailing services like Uber and Lyft next academic year due to a budget provision passed in the New York State Budget.
By Grace Elletson
Published: April 12, 2017

Peggy Coleman, vice president of tourism and community relations for the Tompkins County Chamber of Commerce, said she is excited about the prospect of ride-hailing modernizing transportation in Tompkins County for tourists. She said visitors come to upstate New York from all over the world, and because they are often used to using Uber or Lyft for transportation, it can be confusing and stressful to rely on taxi services, especially at peak transportation times.

“I think it will absolutely give our visitors the services they’re used to experiencing,” Coleman said. “It brings us up to date with other destinations.”

Ithaca Mayor Svante Myrick shared an article on his Facebook page about the ride-hailing initiative and praised it, saying the move will benefit consumers and businesses while also lowering the risk of drunk driving.

However, some are concerned about how the services will financially impact local cab companies because Uber and Lyft are generally known to be less expensive transportation options compared to taxis. Tompkins County resident Jennifer Veit replied to Myrick’s post, criticizing his enthusiasm for ride-hailing at the cost of local taxi services.

“Why would Ithaca bring in these types of businesses rather than investing in the Taxi companies that are owned and operated by members of our own communities?” Veit said in her post.

Myrick responded by saying that while he understands her point, many community members have expressed to him, as he said he has seen through his own experiences, that the taxi companies are often not providing quality services. Myrick said prices are high, people have been left stranded and drivers can be unprofessional.

This criticism is something sophomore Griffin Deutsch said he agrees with. He said that when he has used Uber in New York City, the prices were favorable for consumers. Deutsch said he does not use taxi companies in Ithaca because they are too expensive, and he said he has heard people have negative experiences with the companies.

“A lot of times, people have to wait a long time, especially on Friday and Saturday nights, Deutsch said. “I’ve heard recently about some negative experiences people have had with the drivers being not nice people.”

Ithaca College has teamed up with area colleges and county agencies to bring a social networking Web site that will help students find carpooling and ridesharing opportunities.