Route 96B sidewalk to begin construction in Spring 2020 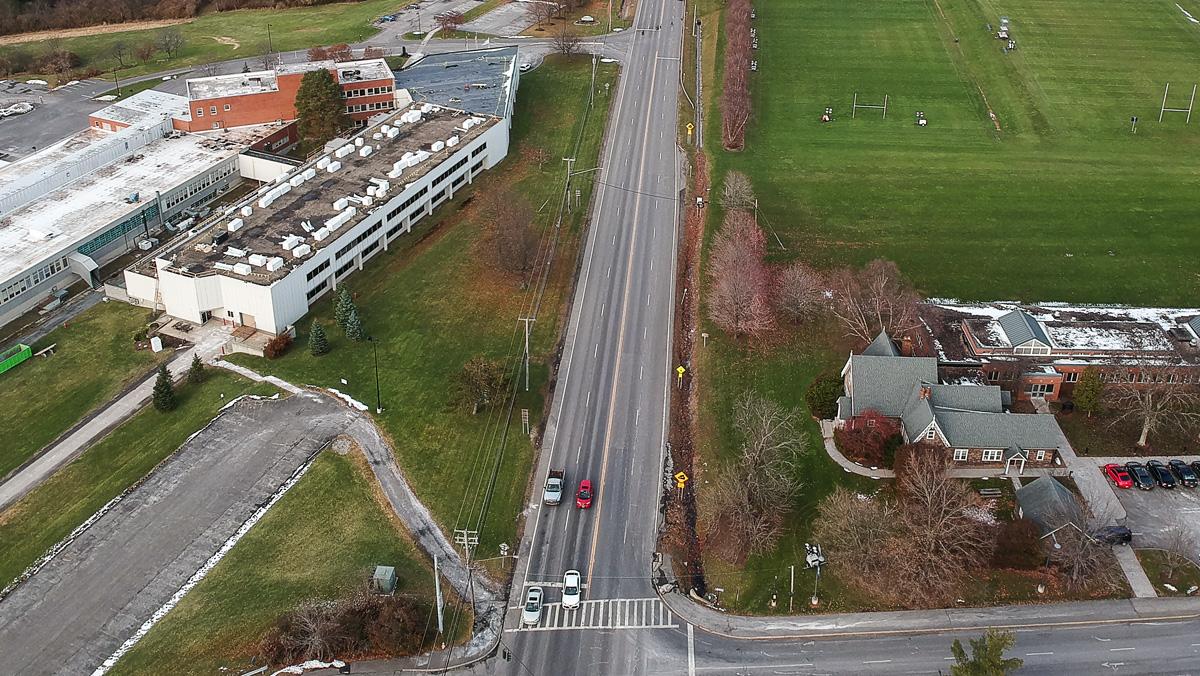 Athina Sonitis/The Ithacan
This new project is a collaboration between the City and Town of Ithaca. The town’s part of the project is expected to start in Spring 2020 and finish at the end of summer.
By Jordan Broking — Contributing Writer
Published: November 20, 2019

Construction on a new sidewalk project along 96B, the main route that connects Ithaca College to downtown Ithaca, is moving forward to provide students and Ithaca residents safer access to campus.

The decision came after news outlets reported on accidents involving pedestrians that occurred in the area, as previously reported by The Ithacan. Students at the college have petitioned for this project in previous years.

This new project is a collaboration between the City and Town of Ithaca. The town’s part of the project is expected to start in Spring 2020 and finish at the end of summer. The city started constructing its portion of the sidewalk last June and finished the construction in late August. The sidewalk is being built on South Aurora Street between the City of Ithaca borderline and Hillview Place, which is approximately a mile past campus.

In October, the college’s Board of Trustees announced that it granted an easement to the Town of Ithaca to work on the sidewalk project. An easement gives the right for someone to use another person’s land for a project. In order for the sidewalk to be built at the main entrance of the school, the college had to grant the easement.

Dave Maley, director of public relations for the college, said via email that the college’s Board of Trustees has no further comment on the matter.

“It [will] provide a safe corridor for our students to go from our main entrance to go all the way to downtown Ithaca,” Carey said.

When the town’s sidewalk is built, Carey said that the college will take care of plowing it when winter weather comes.

“The added cost to the college will be minimal,” Carey said. “The new section of sidewalk will be added to our winter weather task list.”

Freshman Jeremiah Hainline said he walks up and down the highway even if it is not the safest thing to do.

“It’s kind of rough because it’s a pretty busy street,” Hainline said. “You have to walk on the side of the road, and there’s trash everywhere.”

Hainline said he hopes his experiences walking to The Commons will change after the construction is completed.

No set timeline for installation of sidewalks on Danby Road