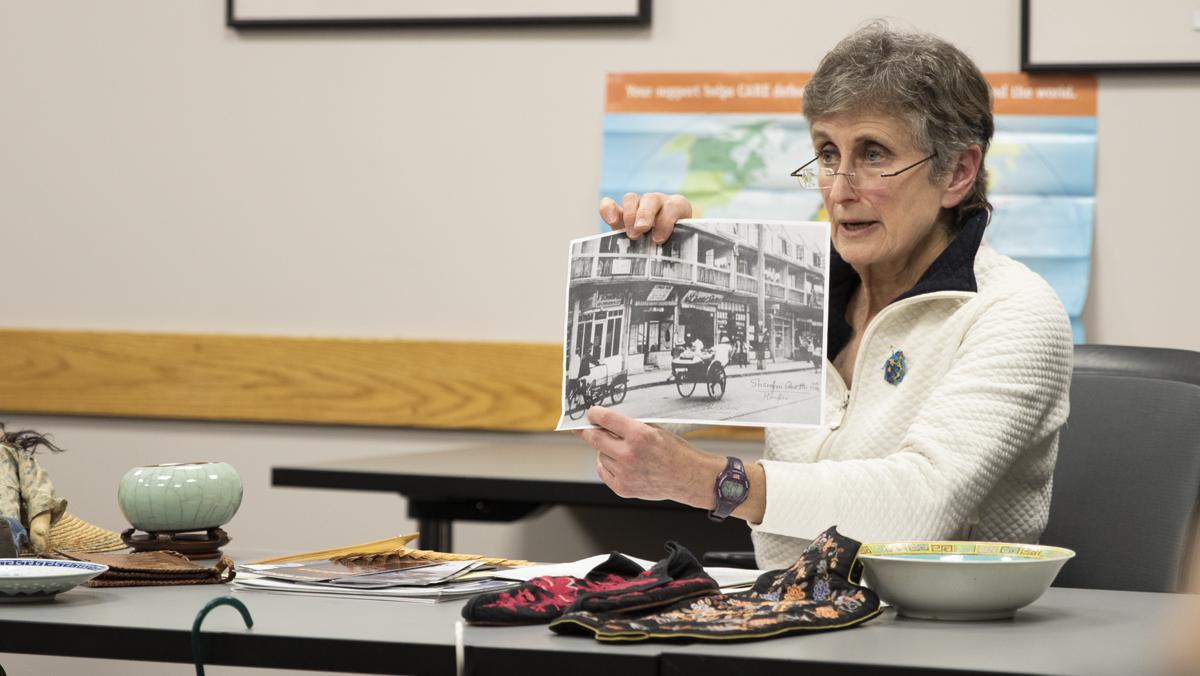 Hillel at Ithaca College hosted its third installment of the Global Faces of Judaism series Feb. 11. At the event, Rita Melen shared her family’s Holocaust survival story in the Cayuga Lake Room in the Campus Center.

In her presentation, Melen started by recounting the love story between her parents, who met in Berlin in the 1930s. She emphasized how lucky her parents were to have escaped Nazi Germany so late in the conflict.

She also discussed the persecution Jews endured during the era of Nazism, which led her parents to move to Shanghai, where Melen was born, before eventually moving to the U.S. The city of Shanghai was recognized for its open port, which did not require people to hold visas in order to enter or leave the country. As a result, Melen and her family found safety in the city for 12 years during its Japanese occupation.

Melen also showed some artifacts at the event that belong to her family, including her hat and porcelain doll from Shanghai.

Austin Reid, the Spring Board Innovation Fellow at Hillel, attended the event and said he was impacted heavily by Melen’s story.

“It was pretty remarkable,” Reid said. “Hearing the human side of the story, I think, is just incredible.”

Senior Rachel Steinmetz, who serves on the student executive board for Hillel, shares a personal connection with Melen’s story because she has visited Shanghai herself. She compared the stories she heard while in Shanghai to the one Melen shared.

“I actually had the opportunity to go to Shanghai and learn about the history firsthand,” she said. “I met a woman who’s Jewish and who lives there, and it’s just interesting to hear different perspectives from different people who had to go through that experience.”

Senior Kira Singer, an intern at Hillel, attended the event after learning that the speaker would be delving into some of China’s history regarding World War II and Jewish history.

“I have a Chinese background, and so I was really interested to learn more about the history of the Chinese Jews, and just Judaism in general, and Shanghai and China,” she said. “I was really enlightened to hear her story and really excited to hear about her family’s history.”

Melen also discussed the treatment of Jews in Shanghai during the Japanese occupation. The Japanese army ordered approximately 25,000 Jews to be relocated to the Hongkew ghetto in 1943. Melen said that even though the ghetto was not surrounded by barbed wire, Japanese soldiers did oversee intersections and bridges.

“The good news was that the Japanese never accommodated the German demand to send Jews to concentration camps,” Melen said. “I do not know why this was the case, but, fortunately, for my family it was, so the Japanese never sent Jews, never rounded up the Jews, other than herding them into the small ghetto, never sent them away.”

Reid said the Global Faces of Judaism series is organized by Hillel in hopes of promoting Judaism’s culture.

“We kind of started it to create more of an awareness that Judaism is really a global faith,” Reid said. “It has existed for centuries in many diverse locations, and we’re trying to highlight this fact through the series, so we’re just trying to bring student attention to Jewish traditions.”

Melen said she wants to stress the importance of sharing these kinds of stories and passing on information to students as the older generation, which experienced these events firsthand, is aging.

“I hope that they learn in a more personal way about the vast events that happened in history and also learn to look at what’s happening in today’s world with some more informed eyes,” she said.