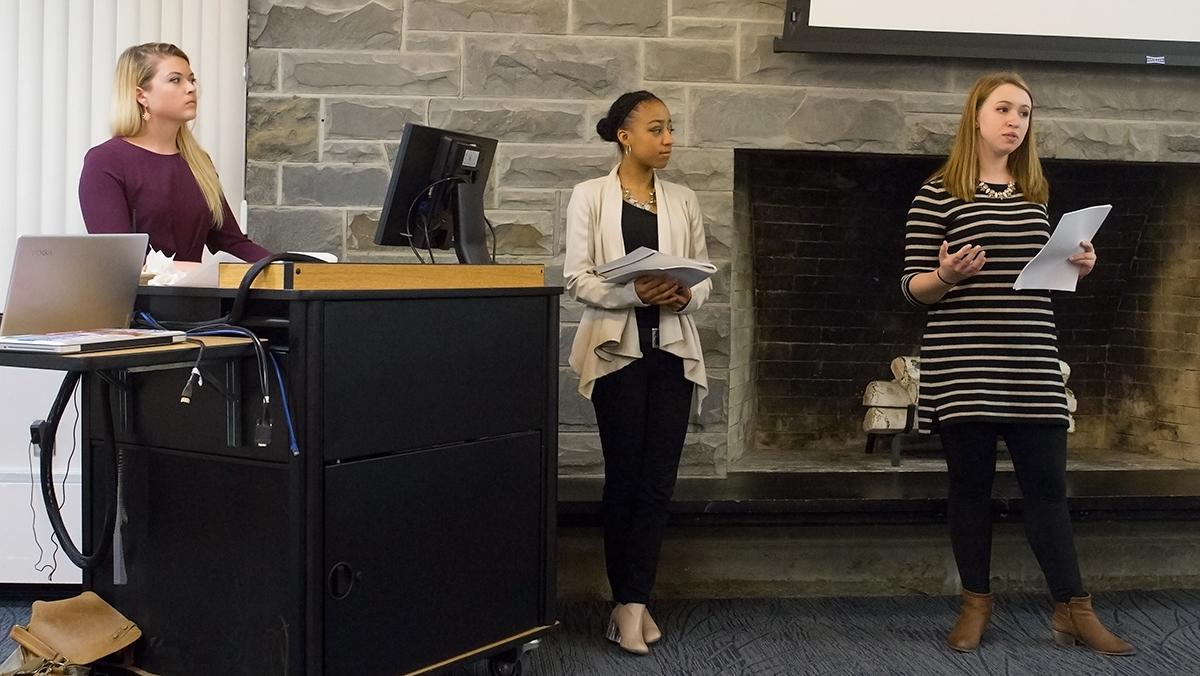 Sophomore Carlie McClinsey, who is running for president on the IC On-Board ticket, said she has been involved with the SGC for the past two years and that she has been working to better the community. McClinsey said that if she is elected, she will work to increase student attendance at events, bridge the divide among the SGC and Faculty and Staff councils, and enhance the SGC’s presence on campus.

“My philosophy is that you should leave a place in a better condition than it was when you arrived, and as SGC president, I can do that,” she said. “I want this position because I think I can do a really good job bringing various perspectives to the table and fighting for students’ rights. I’m ready to put in the work, and I’m ready to lead SGC.”

The most prominent topic discussed was campus engagement. The candidates had similar ideas pertaining to bringing the campus community together, and most of the candidates said they wanted to work with other organizations on campus to plan more events so students could be more involved.

Senior Catherine Proulx, SGC vice president of communications and co-chair of the elections committee, said that as someone who is passionate about campus engagement, it was interesting to see both returning and new candidates all talk about engagement.

“To be able to hear new candidates speak on what they’ve seen and what they want to do and what they care about is really cool, and as a senior, it really helps me feel like I know that … IC is in good hands,” Proulx said. “It’s something that seems so simple, but when you get down to it in practice, it can be so complex and so hard to do very well.”

Senior Sarah Farella said she attended the event to support people she knows and that it was interesting to hear about issues she didn’t even know about. She said she found herself agreeing with the platform speakers, including Shakeel’s idea to get a Muslim chaplain — something she said she had never thought of.

Proulx said she is always impressed by the caliber of the senators’ commitments and what they are working on.

“You really get to hear them just speak for a number of minutes specifically about what they’re passionate about and what they want to do,” she said.

Sophomore Ryan Mewhorter said it was awesome to see how everyone is so involved because there usually are not many candidates.

Proulx said she encourages students to vote because historically, campus participation in SGC elections has been low.

“I think that students don’t often recognize the importance of sharing their voice, and I think that the more participation that we have not only in voting, but also in running for these positions, the better our campus can be,” she said.