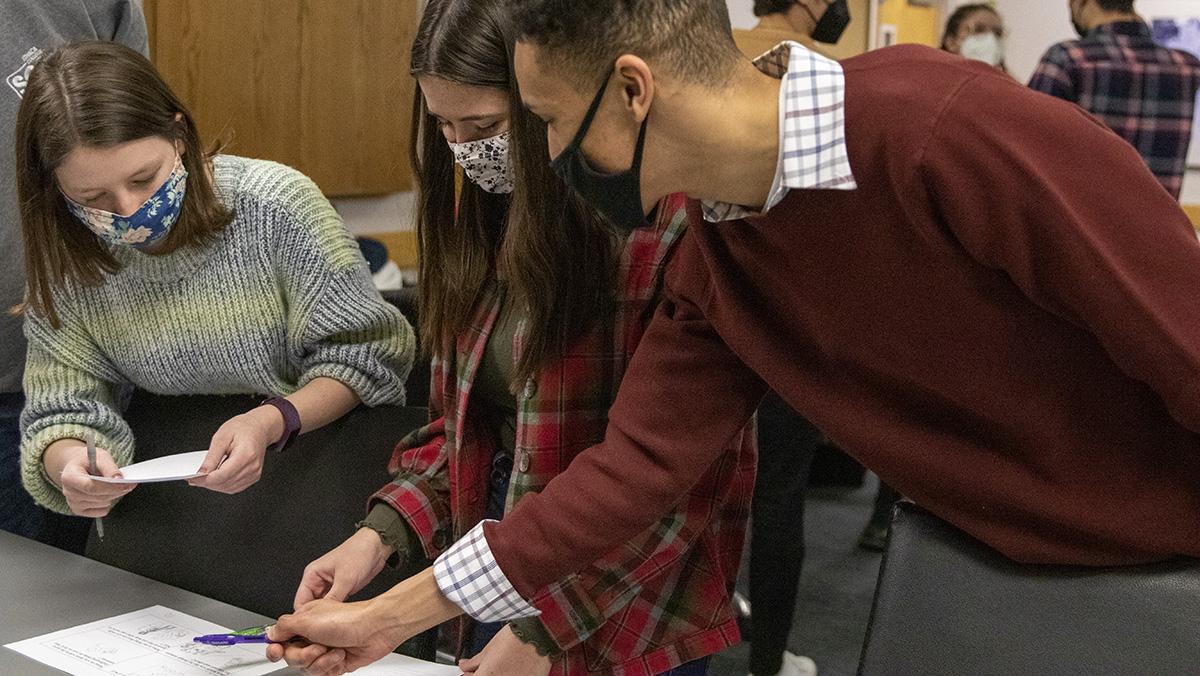 At the first Ithaca College Student Governance Council (SGC) meeting of Spring 2022, a senator resigned from their position and the SGC discussed its goals for the upcoming semester.

At the Jan. 31 SGC meeting, freshman Paloma La Valley resigned from her position as Class of 2025 senator in order to focus on her mental health, but said she hopes to return later on. La Valley said she will continue to work on the bill she sponsored, the Hybrid Model Bill, that was tabled with a vote of 8–0 with one abstention Dec. 6. The bill calls for the college to develop a hybrid model of education, which aims to have the instructor teach both a physical and virtual classroom at the same time.

Some students have expressed concern about the return to fully in-person classes and about missing classes as a result of having to quarantine or isolate.

“I think that’s really what got me elected,” La Valley said. “It’s something we’re going to need going into the semester.”

The SGC has seen a decrease in student engagement over the years, as previously reported by The Ithacan. In the 2018–19 academic year, only about 1.1% of students voted in the SGC elections.

Freshman Noah Richardson, Class of 2025 senator, said he hopes to establish what is considered an excused or unexcused absence within courses at the college, rather than professors having individual attendance policies.

Richardson said it is difficult for students, especially freshmen, to know when to decide when to stay home from class.

Course instructors are allowed to determine if a student’s absences are excessive. Students cannot be penalized if they have a religious exemption, according to the college’s academic catalog for the 2021–22 academic year.

The catalog states that students at the college are expected to attend all classes and that they are responsible for work missed during any absence of the class.

“I think there needs to be a little bit of respect for if a student is taking the day off because they are sick,” Richardson said. In Fall 2021, the Interim Provost Melanie Stein said the current attendance policy will stay the same, but students will be accommodated if they have to isolate because of COVID-19.

SGC starts the semester with hopes of reform