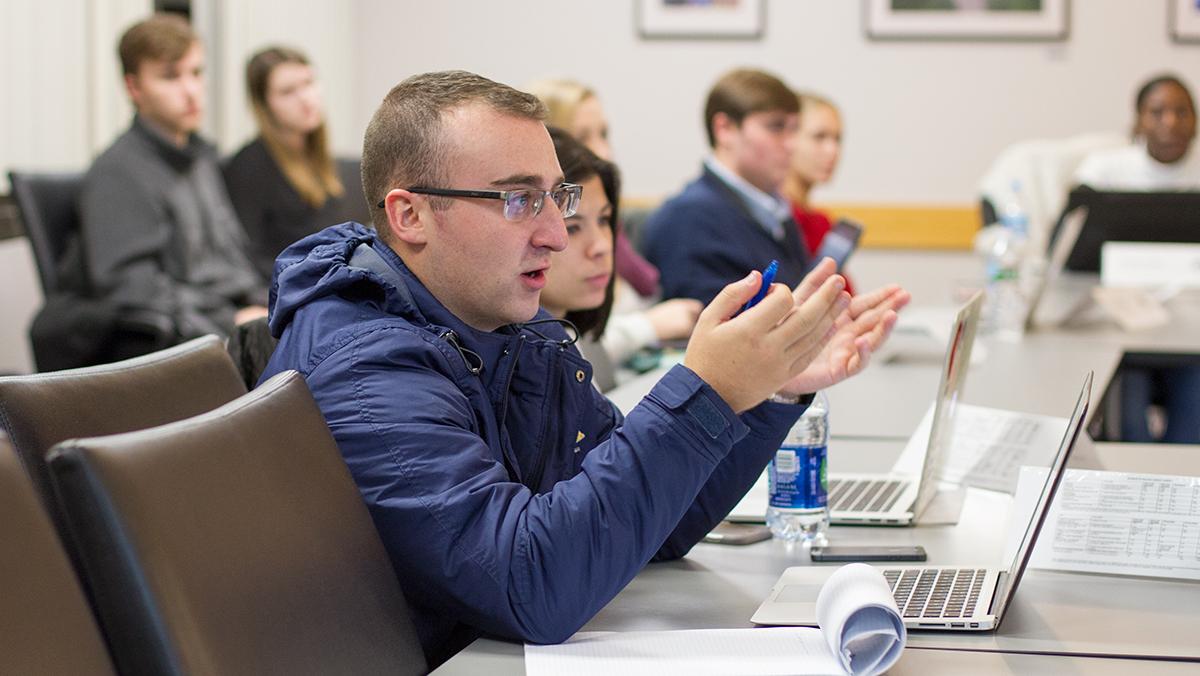 Following the election of Donald Trump and the anti-immigration policies he proposed, Ithaca College’s Student Governance Council passed a bill at its final meeting of the semester to protect undocumented students who attend the college.

The sanctuary bill proposes that the Deferred Action for Childhood Arrivals policy — which grants undocumented immigrants the right to attend college if they arrived in the United States when they were under the age of 16 and meet several other guidelines — be upheld at Ithaca College if it were to be overturned by the Trump administration. The bill also proposes that the college not assist the federal government in any attempts to deport students, faculty or staff members from the college.

Foote said the idea for the bill came from students on campus who supported the motion for the college to become a sanctuary campus. Across higher education, college students have been petitioning their colleges and universities to become sanctuary campuses.

Following the election and President Tom Rochon’s letter to the school calling for solidarity, 250 students, faculty and alumni signed a petition addressed to Rochon, which stated “we suggest that the College declare itself a ‘sanctuary center of higher education’ committed to protecting the members of its community from unfair deportation, investigation, or other intimidation.” Students also held a rally Nov. 16 in support of making the college a sanctuary campus, and 100 students signed a petition at the event that advocated for the rights of undocumented students at the college.

“We had this idea in play, and then a student reached out to us on our Facebook and was like, ‘This is something we’re really interested in. You should probably do this,’” Foote said. “And so we’ve been working on physically making this a bill because it’s something that’s going on across higher ed and it affects us too.”

The Town of Ithaca became a sanctuary city in 2007 after the Ithaca Common Council passed the Statement on Immigration Enforcement resolution, and as a result, the Ithaca Police Department is encouraged to not enforce immigration laws unless criminal activity is suspected. The bill proposed a similar idea in that the Office of Public Safety would not question or arrest individuals based on the lack of documentation proving citizenship.

SGC’s sanctuary bill passed with 15 votes in favor and two opposed. Some senators questioned how the bill complied with state laws regarding and if there could be any negative repercussions regarding federal funding if the college became a sanctuary campus.

Members of the student body also in attendance at the meeting asked questions about the bill. Juniors Jonathan Ripic and Caleb Slater attended the meeting and questioned the criticism of Trump’s immigration plans considering the Obama administration has deported more immigrants than any other administration. They also criticized the legality of the bill’s initiatives.

“I was just curious as to what the reasoning was behind it and why they were trying to push it, especially considering there is no actual legal basis if the bill was to be passed,” Ripic said.

Foote responded that students have recently expressed concern, and the SGC has the responsibility to listen to the concerns of its constituency.

“I’m very hopeful that with this bill being passed, as well as continuing conversations with Staff Council and Faculty Council, that we can sort of all come together and have this be a large campus initiative that we pass on into the incoming year,” Hau said.