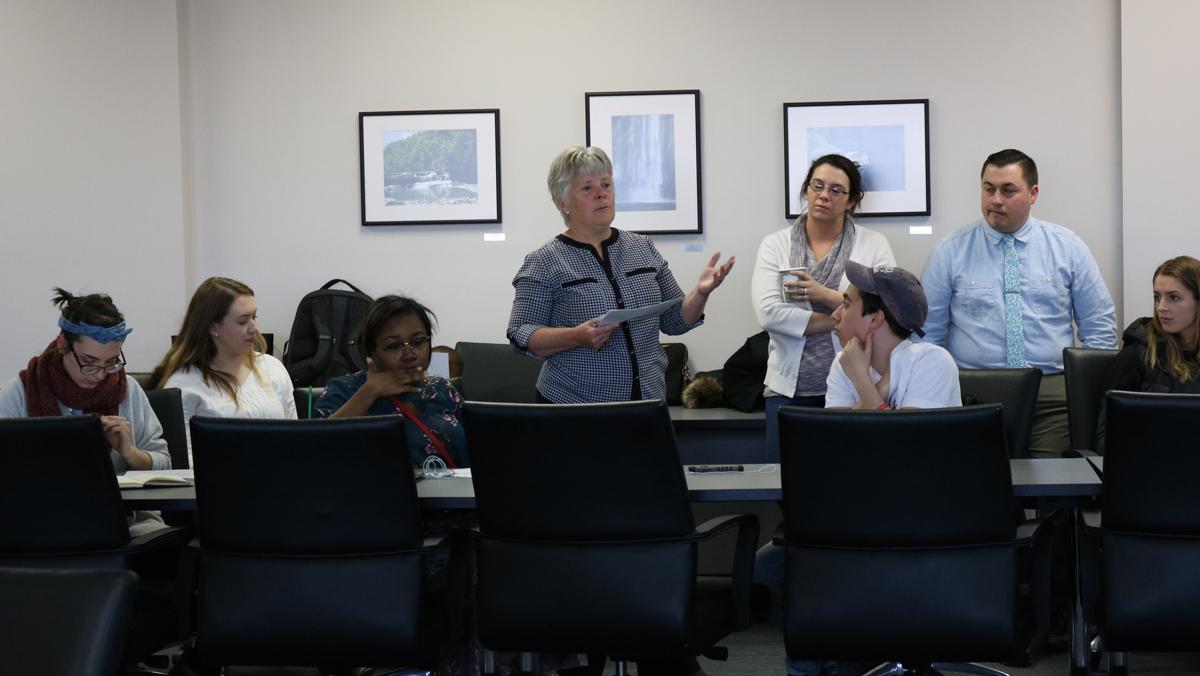 A new data privacy policy was discussed at the April 30 Student Governance Council meeting, aiming to ensure Ithaca College community members will now be recognized by their preferred names and genders in electronic systems.

The new policy will ensure that the preferred names and genders of all students, faculty and staff will be used in the college’s administrative systems and entered into primary name records. The college anticipates the new policy to be implemented during the 2018–19 academic year, Nancy Pringle, executive vice president for the Division of Human and Legal Resources and general counsel, said when presenting the policy at the SGC meeting. The policy also includes a requirement for all college community members to refer to each other by preferred names and genders.

Once this policy is in place, any individual who witnesses or experiences a transgression may report it to the Bias Impact Response Team (BIRT) or the EthicsPoint hotline at the college. BIRT is a new initiative that will begin pilot testing this summer. The EthicsPoint hotline is an anonymous means of reporting any concerns or violations of the college policy.

In the current system, preferred name or gender changes are often either not processed correctly or are not used correctly, Pringle said. The development of this policy is to address concerns voiced primarily by students regarding these inconsistencies.

“It’s fairly straightforward,” Pringle said. “When an individual comes to the college, whether they be students, faculty, staff or alumni, they have the right to choose the name they want to be known by, as well as the gender they wish to be identified by.”

Sophomore Devin Kasparian, Roy H. Park School of Communications senator, asked Pringle if there were any limitations to the number of times an individual could change their preferred name or gender. Pringle said no such limitation is currently in place, but the policy is subject to change if any issues arise in the future.

Charlotte Robertson, senior off-campus senator, suggested to Pringle that the bill include a clause about potential discrepancies between a student’s identity at the college and at home.

“For home mail and other things that are being sent to people’s houses, is there any sort of discrepancy that we can make in case students don’t feel comfortable or aren’t out with their families yet?” Robertson asked. “I think that would be a really important addition to the policy.”

Pringle said the college will look into this while finalizing the policy.