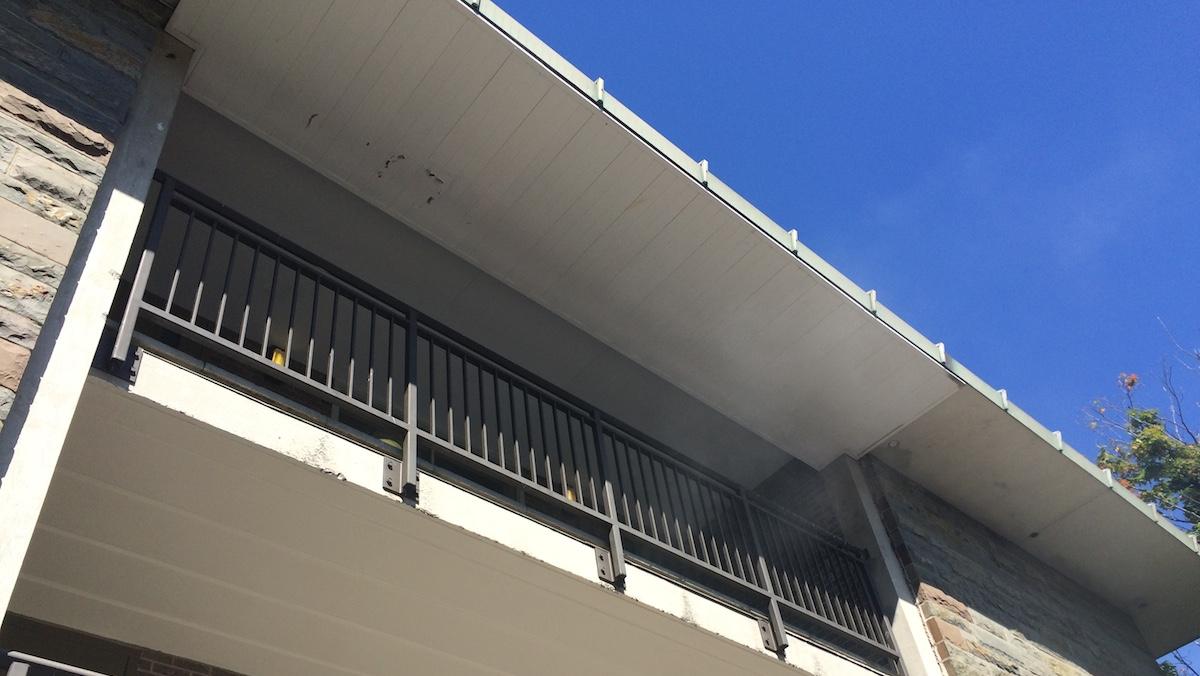 Jenna Mortenson/ The Ithacan
Smoke can be seen flowing from the third floor of Lyon Hall at Ithaca College.
By Jenna Mortenson — Contributing Writer
Published: September 11, 2015

A small fire broke out around 2:25 p.m. Sept. 11 in Lyon Hall, one of the residence halls of Ithaca College. Residents were evacuated from the building after a resident assistant pulled the fire alarm.

Dave Maley, senior associate director of media relations at the college, said the cause of the fire was still under investigation.

Smoke poured from Lyon’s third floor hallway onto the balcony as officials from the Office of Public Safety and Emergency Management arrived.

Residents were displaced until approximately 3:00 p.m., when they were allowed to re-enter the building.

Officials from the Office of Environmental Health and Safety arrived at the building and put out the fire, which was confined to a wastebasket, with a fire extinguisher, Maley said.

The Ithaca Fire Department arrived at the scene to help ventilate smoke out of the building, Maley said.  The building’s occupants were outside for about thirty minutes.

Tyler Struble, a Lyon Hall resident of the floor where the fire broke out, was the one who reported the fire.

Around 2:00 p.m.  Struble returned to the building from his job at Terrace Dining Hall and smelled what he described as “s’mores burning.”

The fire is believed to have been in Room 320, Struble said.  Neither of the residents in Room 320 were able to be reached for comment at press time.