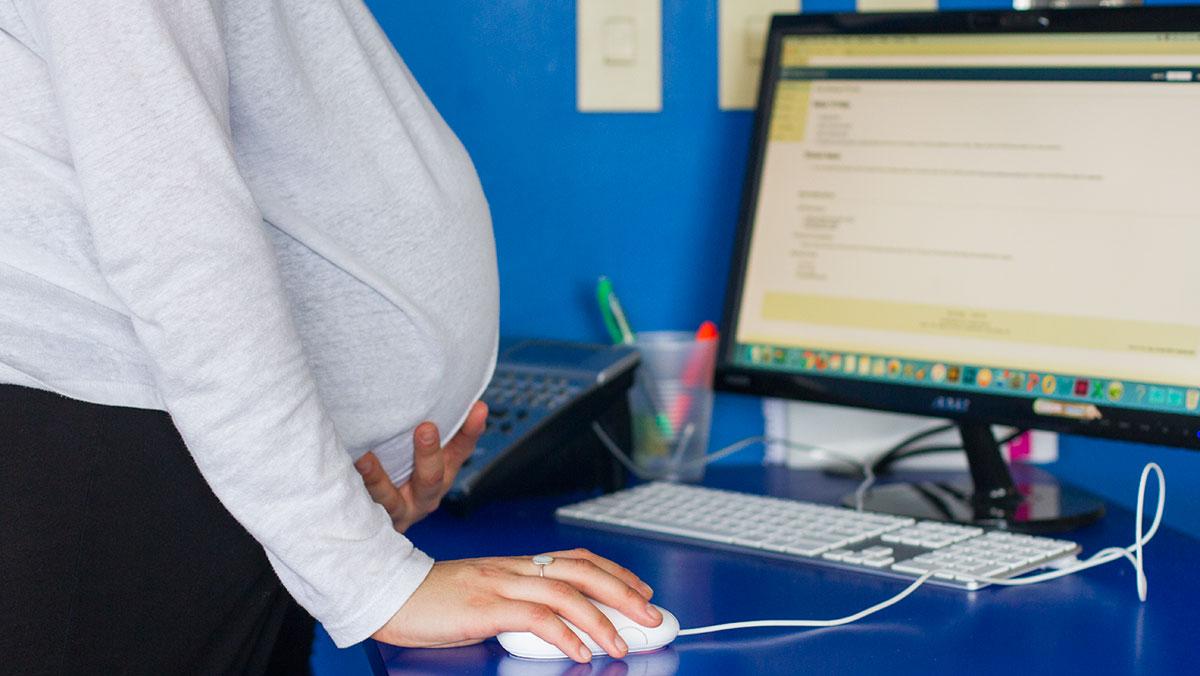 Photo illustration by Tommy BATTISTELLI
At Ithaca College, there is not a distinct maternity or paternity leave policy, according to the college’s website, and some faculty said they wish there were clearer guidelines regarding parental leave.
By Maura Aleardi — Staff Writer
Published: April 24, 2016

Twelve percent of U.S. private–sector workers have access to paid family leave through their employer, according to the U.S. Department of Labor website. While Ithaca College is part of this 12 percent, some faculty on campus said they wish there were clearer guidelines regarding parental leave.

At the college, there is not a distinct maternity or paternity leave policy, according to the college’s website, but rather it is a part of the nationally mandated Family and Medical Leave Act, which encompasses a broad array of medical leave situations.

At the college, mothers and fathers have two options if they want to take time off when having a child.

During childbirth, the mother may receive paid medical leave, the length of which is determined by a doctor’s note. If either the mother or father would like to take time off after the birth, they may take up to 12 weeks of unpaid leave.

Eleanor Henderson, associate professor of writing, took off 10 days in 2011 when her son was born. She said she had only been at the college for one year, so it was hard for her to figure out the college’s policy. She was mostly unaware of the policy but now said she believes it is inadequate. She said, ideally, the college should offer one year of paid leave. She said she understands one year is a long time but that there should be a difference between maternity leave and medical leave in the policies.

“It’s not a medical problem; it’s not a disease. It’s a baby,” she said. “It’s a family circumstance.”

Cheryl Thomason, director of benefits and work–life in the Office of Human Resources, said she believes the Family and Medical Leave policy is clearly accessible through human resources’ website and the faculty handbook. However, Thomason did say the terminology could be confusing for faculty members looking for a parental leave policy specifically.

“I don’t think that necessarily a faculty member would call the Office of Human Resources and say that they want to request a Family and Medical Leave,” Thomason said. “We would advise them, then, that is indeed what they would be doing. They don’t know the direct terminology, per se.”

Thomason said the college has talked about creating a more dedicated parental leave policy in the past. However, for unknown reasons, it has not come to fruition, though she said with the introduction of a new vice president of human resources this fall, it is something that will “certainly” be reviewed.

Despite the lack of a dedicated parental leave policy, faculty members said they still felt supported at the college. Henderson said that when she returned to teaching, she was able to bring her son to work, breast–feed in her office and have students baby–sit him in her office.

Shaianne Osterreich, associate professor and chair of economics, gave birth to her son in September 2013 and took six weeks of paid medical leave. Finding time and privacy to breast–feed is another struggle for many female professors at any workplace, Osterreich said.

To combat this, the college recently finalized the preparation of an on-campus lactation room for mothers at the college, located in the Peggy Ryan Williams Center. She said communication for those who wish to utilize the room is currently underway.

Like Osterreich, Rachel Wagner, associate professor of philosophy and religion, said she also appreciated the college’s help despite not finding the policy clear. Medical complications required her to take eight weeks off leading up to the early birth May 5. The process went smoothly, she said.

“From that angle of someone who had medical issues and had to just bail pretty quickly, I feel like it turned out really well, and I felt really supported,” Wagner said.

Amy Rominger, clinical assistant professor of speech–language pathology and audiology, took two weeks off in 2012 after giving birth July 22. She also said she was a little confused and it seemed like there was not a clear policy but that the human resources office helped her navigate her options and plan her leave. She said the entire country needs to change its policy but that she is grateful for the college’s.

“I’d like to see it change in a broader sense, in the U.S. perspective, but as far as IC goes, I feel like I had better time afforded to me than some of my friends and family in their places of employment,” she said.