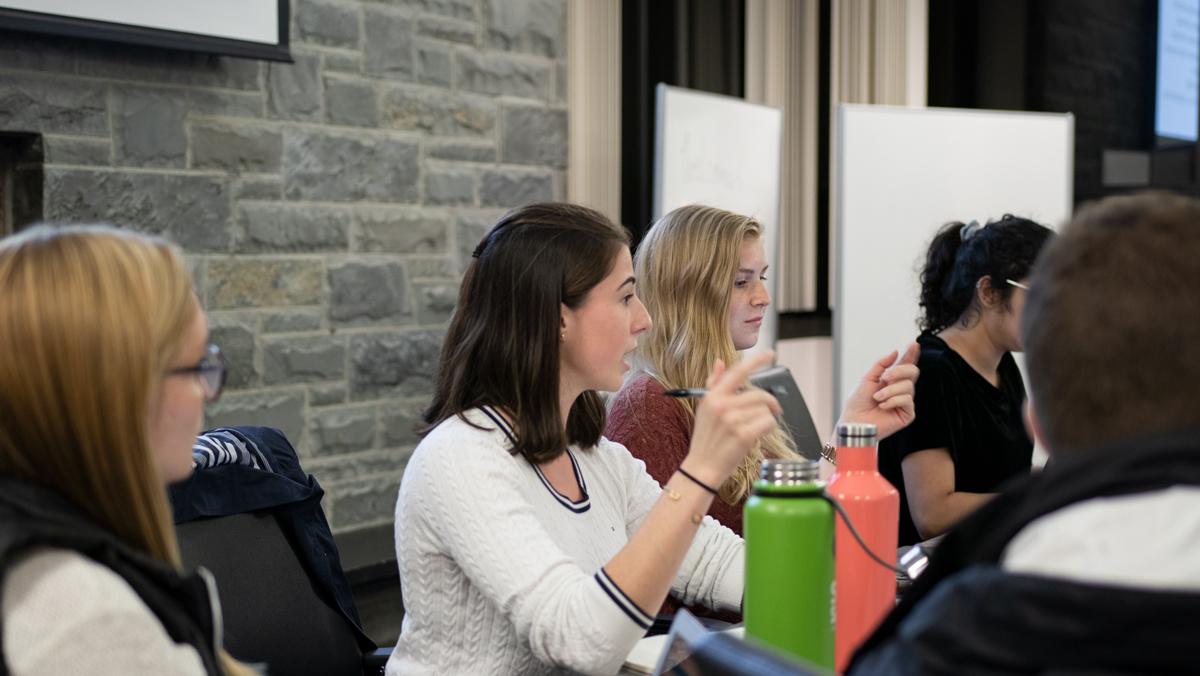 The Ithaca College Student Governance Council and Cornell University’s Office of Student Government Relations (OSGR), along with other student governments, have gathered to formulate a student response to the Coronavirus Aid, Relief and Economic Security (CARES) Act, passed March 27, an act that provided financial support to individuals, small businesses and schools across the country.

After moving to remote education March 17, Ithaca College sent an email to the campus community May 22 detailing how it will use its $2.3 million allocation from the Higher Education Emergency Relief Fund that was authorized by the CARES Act to support its students. In the email, the college stated that it will be separating eligible students under Title IV Section 484 of the Higher Education Act into two groups based on the 2019–20 Free Application for Federal Student Aid and Estimated Family Contribution (EFC). Students in “Group 1” were individually emailed and will receive an amount correlating to their EFC, and students in “Group 2” were able to apply for a grant of up to $500.

Students who received an initial grant may apply for an additional grant of up to $500. The college set up a website in which students could appeal to the school for the additional grants. As of June 2, the college distributed a total of $1,926,110 in CARES Act funding to 2,827 students who accepted full or reduced award amounts based on their eligibility.

Dan Bauman, data reporter for The Chronicle of Higher Education, analyzed the allocations to institutions of higher education from the CARES Act in terms of how much was given and why. The amount of money received by institutions was skewed heavily to schools with larger numbers of undergraduate students, Bauman said.

In a May 11 press release, the OSGR brought forth a policy proposal intended to be seen by state representatives in Washington, D.C., for revisions to the CARES Act. The OSGR stated that college students are uniquely impacted by the coronavirus and need federal assistance under a bill like the CARES Act. While the initial CARES Act supported colleges with funds, there was no direct relief given to students.

Cornell rising junior Aadi Kulkarni, director of student government relations for the OSGR, began working on a student response to the CARES Act in early March along with Ithaca College rising senior Eva Kirie, former vice president of communications for the SGC. The two worked with members from both the OSGR and the SGC and eventually branched out to other schools in New York to form a coalition, Kirie said. The coalition currently includes schools like Columbia University in New York; Syracuse University in Syracuse, New York; the University of Rochester in Rochester, New York; Hamilton College in Clinton, New York; and the SUNY and CUNY systems.

“The original CARES Act was more of a disaster relief bill, and future iterations are probably going to be focused on economics at least and supporting individuals as we try to restabilize the economy,” Kulkarni said. “I think a part of it is being an advocate for students at this time, when those bills are being drafted, is super important to get a good impact.”

Bauman said that while the act may be seen as disaster relief, it cannot be assessed how effective it will be until further down the line.

“I would guard against comparing this to other aid packages because we have never seen something like this before,” Bauman said. “How quickly this came together is really extraordinary. … It’s probably the largest spending bill that Congress has ever passed.”

The proposal is meant to offer a direct line of assistance from the government to students in higher education, Murtha said.

“The first CARES Act had a lot of different provisions for small businesses and all these other things whereas what we’re trying to push forward for right now has to do with primarily higher education and college students and people aged 17 to 24, which were the people primarily left out of the first CARES Act,” Murtha said.

The coalition agreed on three main points that they feel need to be addressed by Congress: an emergency student recovery benefit, a student service grant and state commitment of effort stipulations.

The emergency student recovery fund would entail a cash transfer for all eligible college students to relieve pressure on students and help to stimulate the economy, Kulkarni said.

“What we’re seeing now in the future is during summers, students don’t have access to their internships and institutions,” Kulkarni said. “As we see a shift towards the summer, it makes sense to directly benefit the students just like all other Americans are benefitting from a stimulus check. … The macro perspective is students are the individuals who are really going to jumpstart the economy.”

To help students who are in financial need because of the COVID-19 pandemic, Ithaca College created a Student Emergency Relief Fund to cover the costs of emergency travel, rent, utilities, food and other needs. Students can only apply for this once and can receive up to $500.

The proposed student service grant is meant to give students who find work during the pandemic in essential services a federal grant toward their future education as students are uniquely impacted, Kulkarni said.

“This is in no way to say that we aren’t in support of extending this program to other people, but we are focusing on students because they are the ones leaving their education and we think they would be benefited most by being able to return to that education,” Kulkarni said.

The state commitment of effort stipulations is an expectation that the state will continue to support institutions of higher education, Cornell rising junior Collin Kane, officer of federal relations for the OSGR, said.

“The commitment of effort is generally encouraging the federal government to continue to work alongside states across the country to continue to support higher education and students in college,” Kane said. “We’re asking for a continuation of [the commitment of effort from the CARES Act] or at least a spirit of that as we don’t want to see states to be left alone out there as they try to handle the economic effects of the pandemic.”

The overall expenses and loss of revenue for Ithaca College exceeded the allocation from the CARES Act by a large margin, Bill Guerrero, vice president for finance and administration, said. While Guerrero did not work with the SGC on the proposal, he said he thinks that additional support for both the college and students through another relief bill would greatly help colleges across the country.

Kulkarni and Kirie, along with a student representative from Tompkins Cortland Community College, spoke with a member of U.S. Rep. Tom Reed’s office about their proposal. Kirie said she thinks that the meeting went well and that Reed will attempt to bring the motion up in the U.S. House of Representatives.

Guerrero said that he spoke with Reed about the necessity of supporting institutions of higher education through the coronavirus pandemic.