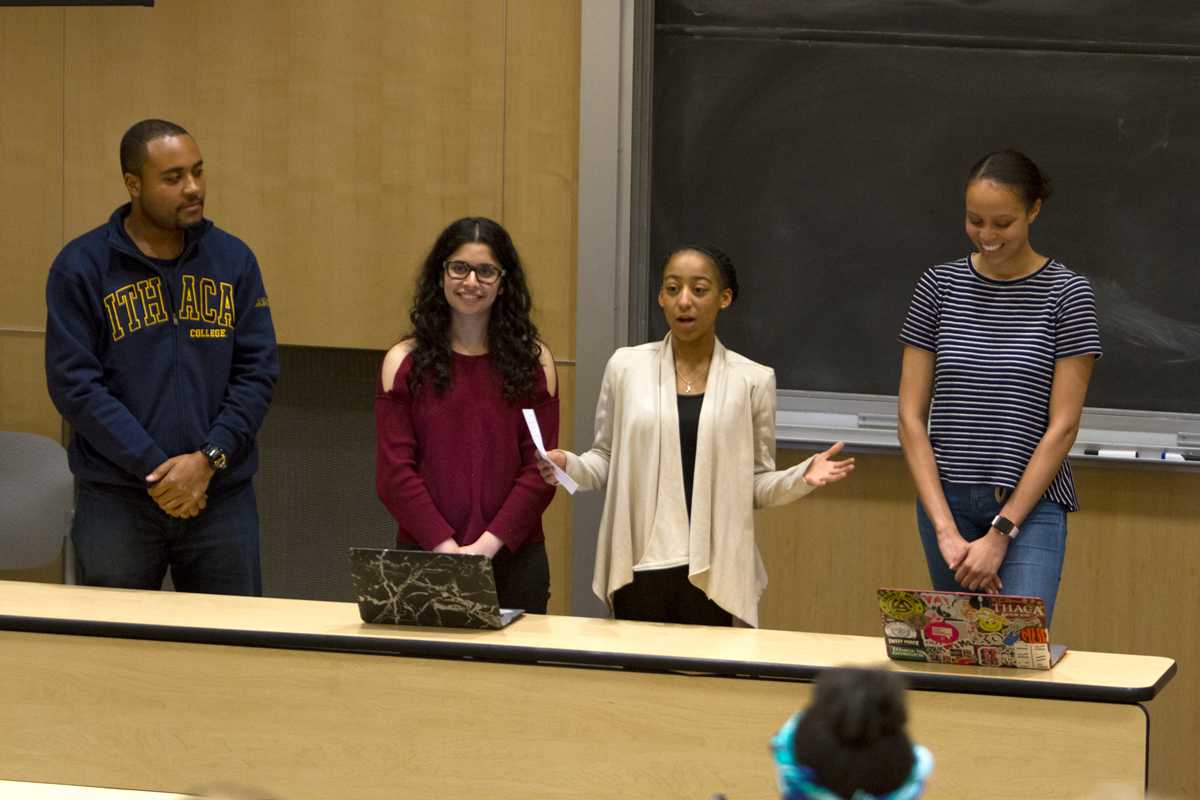 Each candidate and full slate are running unopposed. The candidates running are freshman Allison Kelley for business school senator, sophomore Devin Kasparian for Park School of Communications senator and freshman Eva Kirie for 2021 class president. The full slates are running for senior class council, student governance council executive board and alumni council. Voting will be open on OrgSync from April 20 to April 22.

The sole slate running for the SGC executive board, The Key to IC, also listed student engagement as an integral aspect of their platform through specifically increasing student senate member engagement and campus pride.

Shakeel said the board will increase senate engagement by creating a comprehensive training program for senators so that they feel informed and empowered to schedule meetings with deans, propose initiatives and complete other tasks expected of SGC senators.

Harris said the board will develop a new signature program to increase campus pride and student unity, which will give students the opportunity to engage with peers outside of their specific interests.

“In the coming academic year, we really want to focus that signature program on creating a kind of space where students can interact with each other and engage and really talk about what it means to be an IC student,” Harris said. “Students aren’t necessarily as willing to engage with things that they don’t have a stake in, so really making sure that we are really collaborating with students throughout the planning and execution of all of the ideas that we’re having … this is a summation of all the ideas we are working towards.”

The slate for Senior Class Council, A Memeable Senior Year, presented holding events that will actually be well–attended by students as a main component of their platform. Junior Ezeka Allen is running for Class of 2019 president, with juniors Libby Corlett as vice president, Darien Guy as director of communications, Joe Cruz as director of marketing and Christian Brand as director of finance.

Allen said the board will put short surveys on Facebook to gain feedback from seniors after events to gauge student preferences. Corlett said the board will be utilizing the input from students in order to host events that appeal to the largest number of seniors possible and will ask for feedback throughout the academic year.

The alumni council slate plans to keep alumni informed and engaged with the college and future students. Senior Danielle Colella is running for president of the alumni council, with seniors Madeline Giamartino as vice president and Laura Amato as director of communications. All three members of the slate are currently on the executive board for the college networking organization Students Today, Alumni Tomorrow.

Amato said the council will accomplish this increased engagement by using social media to reach out to alumni, as well as sending a quarterly or yearly newsletter. The newsletter will prioritize quality over quantity, Amato said, because that strategy has been successful for Students Today, Alumni Tomorrow.

Kasparian is running for re-election as the Park School of Communications senator. He said he created a platform for student engagement and face-to-face communication with Park School deans through the implementation of tabling sessions during this academic year. Kasparian said the deans enjoyed this opportunity to engage with students.He also said that he plans to increase his in-person interactions with the students of the Park School by occasionally attending the meetings of communications clubs.

“It was incredible seeing such a range of students mentioning really important weaknesses of the Park School to the deans, and seeing them really appreciate the feedback,” Kasparian said.

Another common theme at the presentation was improving advising at the college. Kelley said the current academic advising system in place for freshman in the business school is not always effective. Kelley said since freshman are automatically paired with their professor for a compulsory first–year business course, the interests and specializations of advisers and advisees are often not aligned.

Kasparian was also asked about his position on the current academic advising system in the Park School, and he said that it does not always provide the necessary support for freshman. He also said he has discussed the flaws of only having two academic advisers for the entire Park freshman class with the deans, and the possibility of hiring new advisers or spreading Park freshman advising responsibilities to other faculty members.

Allen said in addition to hosting events, the senior class council will also be working in conjunction with Career Services on campus to better advise students on how to be successful after graduation.

“That’s also something that’s very important to us,” Allen said. “That you have an awesome time that entire senior year, but also prepping you for what’s to come afterwards.”