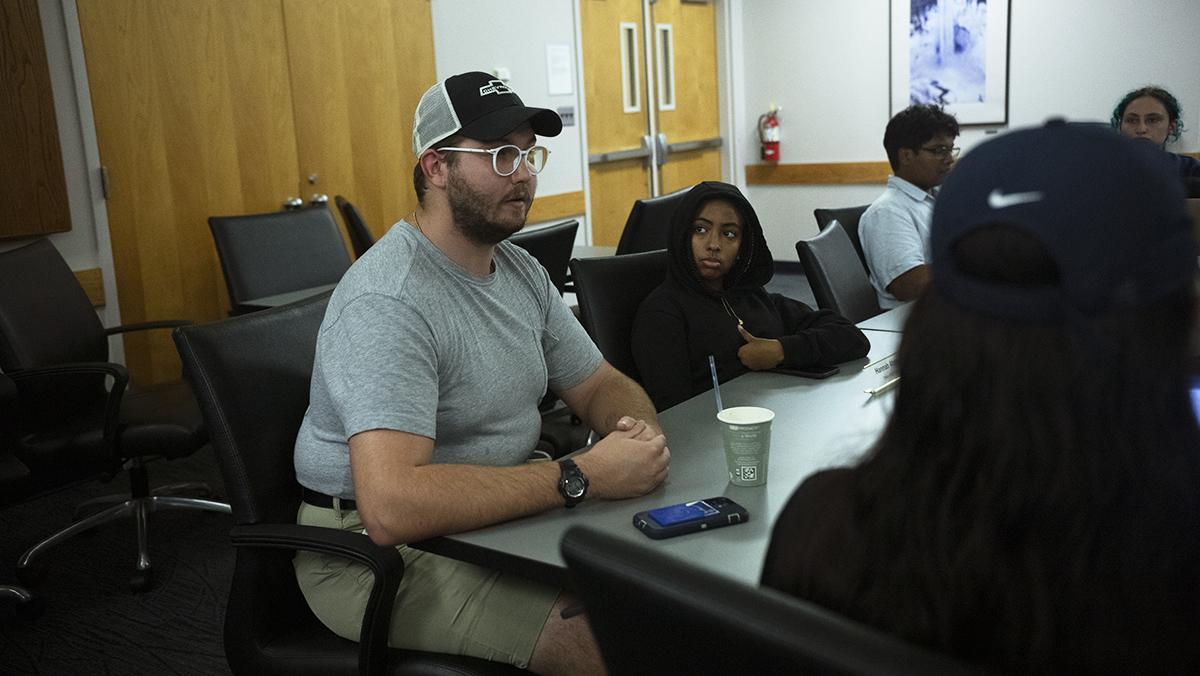 The Appropriations Committee is a sub-committee of the Student Governance Council (SGC), but students do not have to be members of the SGC to join. The college dedicates a sum of money from its budget to the Appropriations Committee each academic year. Those funds are then allocated to student organizations that submit a budget request for events, travel and operating costs.

The Appropriations Committee consists of students, led by senior Max Powers, SGC vice president of Business and Finance, and senior Connor Watson, assistant to the vice president of Business and Finance. Watson said that for the 2022–23 academic year, the Appropriations Committee was given $200,000 to disperse amongst student organizations. According to IC Engage, there are 231 student organizations on campus.

“We know that being a student is already stressful enough and you’re not putting that burden on student orgs of coming up with the funds on their own,” Watson said. “I think that it leads to a lot more events happening across campus for our students.”

All Ithaca College student organizations recognized by the Office of Student Engagement (OSE) are required to have a student in the position of treasurer. The treasurer typically manages the financial aspect of an organization like requesting funds through the Appropriations Committee in order for the organization to operate.

The New York Film & Television Student Alliance (NYFTSA), one of the college’s student organizations, hosts an annual trip to New York City for executive board members and other members of the organization. Senior treasurer Robert Hively’s biggest accomplishment for the organization in Spring 2022 was getting the funding for the yearly excursion.

“It was very stressful,” Hively said. “As a group, we didn’t decide the day we were going fast enough, so I was doing [the budget request] last minute.”

“It’s a huge process of submitting and then being able to get into a meeting on time and talking to our club adviser, making sure everything looks OK there, making sure I’m budgeting properly and reaching out to the hotel,” Hively said.

Hively said the request is very detailed and can be overwhelming, but he was able to find help from the members of the Appropriations Committee.

“I really had to thank Max Powers, he is amazing,” Hively said. “If I didn’t catch him one night on a whim, I would have been so lost.”

After submitting the budget, Hively said he and the president of NYFTSA presented the budget to the Appropriations Committee and heard back on the status of the request within an hour.

Senior Joe Pescatore joined the Appropriations Committee his junior year and believes that the committee has a great value on campus. Pescatore said that joining the committee helped him get involved in campus life because he has learned about almost every recognized organization on campus through reviewing budget requests.

“I think it has a really instrumental role in bringing the student body together through clubs and organizations by alleviating some of the pressure that goes into running an organization,” Pescatore said.

Pescatore said that joining the Appropriations Committee is a way for students to learn more about budgeting and allows the members to directly affect campus life at the college.

“It’s kind of unique in the student aspect of it, and it really being just students deciding [the allocation of funds],” Pescatore said.

Watson said the Appropriations Committee requires a certain number of members in order to meet, including a minimum of two SGC senators. The committee has already met both qualifications to meet quorum as of Sept. 19 and had their first meeting on Oct. 5. Typically, the committee does not hold its first meeting of the semester until after Fall Break.

Senior Austin Ruffino, SGC senate chair, said this is because of the time it takes to organize the committee, including onboarding the new vice president of business and finance and confirming students to the committee. Watson said that this year it made an exception because of the number of student organizations that submitted budget requests. Students who plan to host events that require funding before the Appropriations Committee’s first meeting can submit a request at the end of the previous semester.

Senior Jordan Broking, president of the Ithaca College Chapter of the Society of Professional Journalists (SPJ), said the organization requests funding every academic year from the committee for their annual trip to MediaFest, a national conference co-sponsored by SPJ.

For 2022, MediaFest 22 will be held in Washington DC Oct. 27–30. In its request, the organization was seeking funding for travel and hotel rooms. Broking said the organization begins the process to request funding in the spring semester for the following academic year’s conference.

Broking said that because the club requests funding every year, the process is typically smooth, but for 2022 the committee added new forms to the process of getting travel approval that have to do with the risk of returning to campus and potentially spreading COVID-19.

“Now it’s just been like a little bit of a headache to get all the forms done and waiting for the process to be finished,” Broking said.