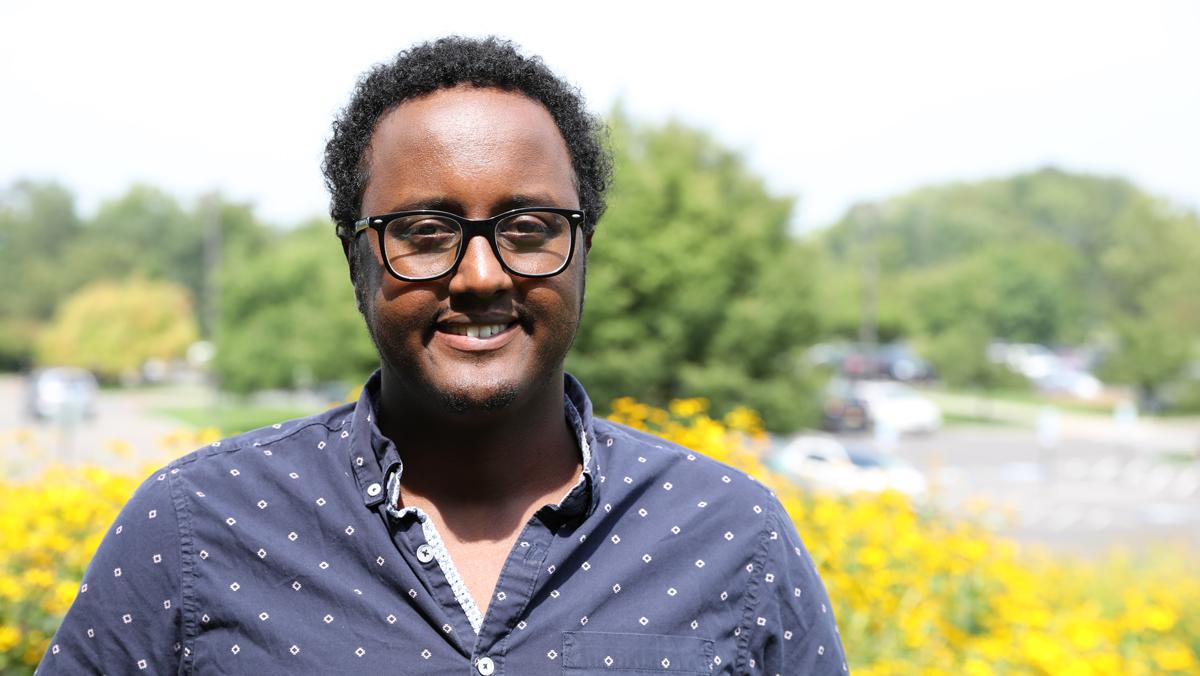 In the summer of 2017, junior Mahad Olad successfully escaped life-endangering gay conversion therapy in Kenya. Now, a little over a year later, his bravery and activism have been recognized by the Colin Higgins Foundation, which honored him with its annual Youth Courage Award.

When Olad’s family discovered that he identified as gay and as an ex-Muslim, they brought him to Kenya for what they claimed to be a vacation. Upon arrival, however, Olad learned that they planned to send him to conversion therapy because of his sexual orientation and religious views. He ultimately escaped and returned to the United States but is no longer in contact with his family.

Because of this experience, along with his activist writing, Olad was named a recipient of the Youth Courage Award — an honor awarded to an inspiring individual in the LGBTQ community who has also overcome adversity brought on by their identity, James Rogers, board president of the Colin Higgins Foundation, said.

In addition to receiving the Youth Courage Award, Olad also received a $10,000 grant. Olad plans to use the majority of the grant to pay for educational costs including tuition and textbooks. He said he also wants to set aside some of the money for a visual media project that captures the experiences of LGBTQ Africans, which he hopes to create by collaborating with film and photography students at Ithaca College.

The project is still in the early planning stages, Olad said, but will explore the potential of using digital media for LGBTQ activism. Olad plans to feature himself and his experiences in the video as well as a broader look at issues faced by LGBTQ Africans.

Olad said he was surprised by both his initial status as a finalist for the award and then later as an honoree. The winners of the Youth Courage Award were announced about a month later than Olad anticipated, and because he had not heard back, he assumed he had not been selected. When he finally got the decisive call, he said he was speechless. He was one of four selected from a total 167 nominations, Rogers said.

Significant medical and psychiatric organizations have spoken out about the dangers and detriments of conversion therapy. The American Academy of Child and Adolescent Psychiatry states that conversion therapy is not backed by legitimate scientific evidence. Despite this, approximately 698,000 adults who identify as LGBTQ in the United States have received conversion therapy, according to a study conducted by the Williams Institute at the University of California School of Law.

The Youth Courage Award aims to increase awareness of the struggles and triumphs of those in the LGBTQ community Rogers said via email.

“By learning of the difficult and often life-threatening journeys each of our winners has experienced already in their short lives, we hope that a basis for empathy is formed in others,” Rogers said via email. “And if not empathy, at least a willingness to let go of old prejudices and to begin the process of learning the worth and value of all individuals in our society.”

The winners of the Youth Courage Awards are also given the opportunity to attend the Creating Change Conference hosted by the National LGBTQ Task Force, at which they can network with other LGBTQ activists. This conference will be in Detroit, Michigan, in January.

This visibility of his story has been a double-edged sword for Olad. Though he successfully escaped conversion therapy, Olad still struggles to balance his activism and well-being. He said he received numerous threats via social media, prompting the Office of Public Safety at the college to ensure his protection.

“It can sometimes feel lonely on this journey and start to feel really scary when you’re one of the few people who are coming out openly, saying these things,” Olad said.

Olad said support from the campus community has been crucial in his continuation to speak out about his experiences.

The conflict between Olad’s identity and the expectations of his Somali-immigrant family not only stemmed from his sexual orientation but also his realization that he no longer identifies as Muslim. This prompted Olad’s involvement with Ex-Muslims of North America, which played an essential role in his evasion of conversion therapy. When trying to escape Kenya, Olad first called EXMNA. EXMNA President Muhammad Syed contacted the United States embassy in Kenya on Olad’s behalf. Olad stayed with the embassy while arrangements were made for him to flee the country.

EXMNA works to create a supportive network for ex-Muslims who have been stigmatized for their religious choices, Syed said via email.

“Those that are discovered or have the courage to live honestly often lose everything,” Syed said. “The first and often the most difficult step to change attitudes is to speak up. What’s unique about Mahad is precisely this. His great courage to highlight his experience, in turn inspiring others to do the same.”

According to the Library of Congress, 19 countries in Africa, the Middle East, South Asia and Southeast Asia punish citizens for criticizing or leaving Islam and treat the crime as a capital offense.

Olad said the EXMNA works toward a future in which ex-Muslims will no longer have a need to distinguish themselves or feel isolated from their communities.

There are recognizable parallels between ex-Muslims and other marginalized groups, such as the LGBTQ community. Olad said his religious beliefs and sexual identity are interconnected, and both resulted in a coming-out experience. Keeping intersectionality present in LGBTQ activism work is critical when working toward equality, Luca Maurer, director of LGBTQ Education, Outreach and Services, said.

Sharing personal stories can be difficult, and in some cases risky, but it can also increase awareness about the dangers facing the LGBTQ community — like conversion therapy, Maurer said.

“I marvel at Mahad’s resilience, tenacity and resourcefulness, and am grateful for his willingness to share his story so that others may learn of these practices and act together to put them to an end both abroad and within the U.S.,” Maurer said.

Olad is also a columnist for The Ithacan.