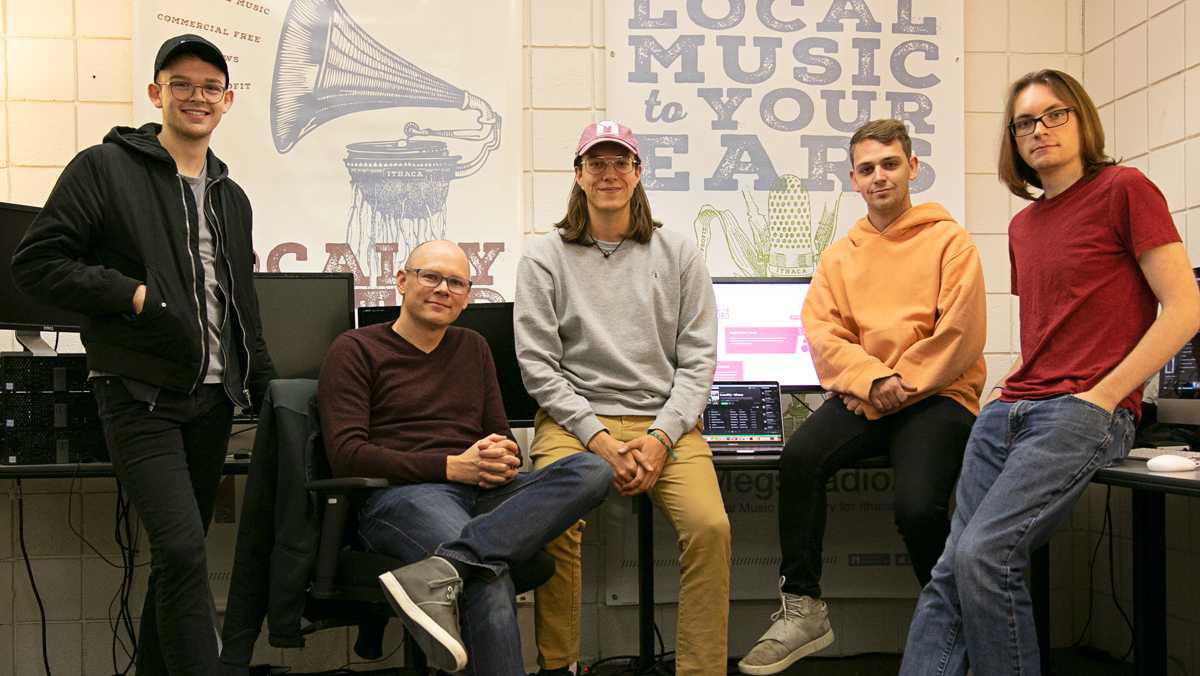 Ithaca College Professor Doug Turnbull and a team of students at the college have been working diligently since 2018 to develop Localify, a service meant to “make Spotify local.”

Through Localify, users sync their Spotify accounts, and Localify then generates playlists based on the users’ music tastes, integrating local music into the users’ frequently played tracks. Localify currently has 200,000 artists, 500,000 tracks, 50,000 events and 1,300 cities with at least one local music event in the current database. Websites and news outlets are scoured for performances in the area, and artists that play a high percentage of their shows within a particular region are considered local. The project is made up of three services: a web app with event recommendations, a Spotify playlist generator and a personalized weekly email digest. Localify launched in early August.

Turnbull, associate professor in the Department of Computer Science, feels strongly about the importance of local music, he said.

“We live in an age where professional radio has been replaced by celestial jukeboxes,” Turnbull said. “People aren’t being introduced to new music as frequently anymore because it’s so easy to hear their popular favorites.”

Wands is a member of Turnbull’s team and focuses on coding the user interface of the site. As a local music fan, Wands was drawn to Localify’s mission.

“One of the most important things when you work on this project is that the vision matters to you,” Wands said. “We’re really trying to give a platform to local artists.”

Wands said he took an introductory level computer science class and developed a passion for coding. As a cinema and photography major, Wands is primarily self–taught, he said.

“I saw the passion Nic had,” Turnbull said. “I asked him if he wanted to try an aesthetic design for Localify, and after just one computer science course, he built this professional program.”

Experiential learning programs and opportunities are becoming increasingly important, as higher–education students more frequently retain information, gain passion and become more employable as a direct result of these opportunities according to IDEA, a research organization dedicated to improving learning in higher education.

“Getting to work with a professor with as much experience as Doug and all these talented other students, that’s so valuable,” said Wands.

Localify functions more like a true start-up than a group of students, Turnbull said. He feels as though he is the coach, but every student is in charge of something specific. It is important to give students the freedom to work, Turnbull said, because they are much more likely to be self–motivated and accomplish things creatively. Turnbull said some students prefer to get their best work done in the middle of the night, while others work best early in the morning, and all methods are acceptable to him.

Junior Connor Shea works with Localify’s outreach and branding, and he focuses on mobile marketing consultation. Shea is responsible for the logo and spreading the app to consumers, currently focusing on a big outreach effort in the next few weeks.

“Doug has given us so much agency when it comes to really using our skills,” Shea said. “I never feel like he’s an adviser. He’s another collaborator. He listens to our ideas and then helps us elevate them.”

In the 2020 edition of The Princeton Review, the college is complimented for its wide range of opportunities for students to get involved in their respective industries outside the classroom.

The funding for Localify is primarily sourced from the National Science Foundation, Turnbull said. The project recently received a $1.2 million grant that was split between the college and Cornell University teams working on the project, Turnbull said. Thorsten Joachims, a computer science professor at Cornell University, works with undergraduates at Cornell to focus on research and data assembly, while the Ithaca College team focuses on design and marketing, Turnbull said. Students working on the project are not paid because Localify is an “academic project.”

Students have flowed in and out of the project, Turnbull said, but a team of six individuals worked diligently over the summer to fine–tune Localify. Turnbull said he greatly values the work and drive students exhibit toward the project.

“I notice that a lot of computer science programs at these big research universities, undergraduate students are terrified of their professors,” Turnbull said. “They don’t even talk to them. Here, we have an open–door policy with lots of communication. It benefits everyone.”