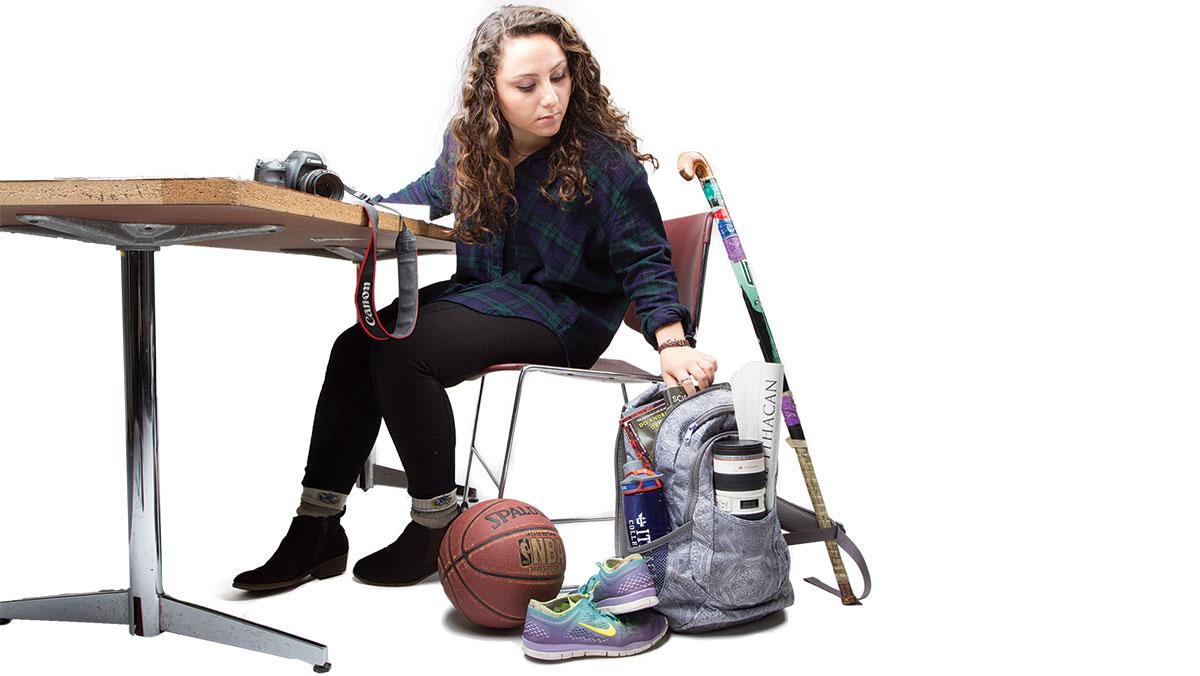 With spring registration underway, many students are busy configuring their course schedules for next semester. However, studies indicate an increasing number of students may be more concerned with what they’ll be doing outside the classroom than with what classes they’ll be taking when they return from winter break.

One such student is freshman Jeremy Block, who said rather than choosing the classes he most wants to take next semester, he is building his schedule around his extracurricular and cocurricular involvements, such as the three ICTV shows he works on.

“I already know what activities I’ll be involved in next semester, so I’m making sure all of the classes I register for don’t conflict with those activities,” Block said.

Modern-day colleges and universities have seen a growing trend in student involvement in activities outside of their classes. According to the 2014 National Survey of Student Engagement, college students spend on average about five or six hours per week on extracurricular and cocurricular activities, or roughly one-third of the time they spend on coursework. In 2005, the NSSE found that more than 40 percent of college students did not spend any time on these activities, whereas now, only seven percent do not participate in such activities. Cocurricular activities are defined as those that complement an academic curriculum, while extracurriculars do not have to.

Ithaca College accommodates more than 200 organizations on campus with which students can get involved. Many of these clubs are open to all students, and some foster relationships between the college and local, regional and national communities.

Sophomore exercise science major Madeline Haftel is a part of the Student Government Association as a senator-at-large and said she participates in student organizations such as the Pre-Med Society, the American Red Cross Club and the Exercise Science Club. In addition, she said she is a member of an intramural volleyball team and is also beginning volunteer work at Cayuga Medical Center.

“I’m someone who has always really loved putting my passions into things other than just school work,” Haftel said. “There are always those times when everything feels like it’s happening all at once. However, I feel as though these clubs really keep me on track and force me to practice some serious time management.”

Freshman Ryan Opila, an integrated marketing communications major, said he is a member of the college’s Catholic Community, 180 Degree Consulting, Buzzsaw Magazine, ICTV’s Newswatch 16 and Fake Out, as well as a volunteer for the Ithaca Youth Bureau and the community’s immigration services. For the first half of the semester, he said, he also spent seven hours a week rehearsing for the college’s rendition of “The Rocky Horror Picture Show.”

“I think it’s important to take the time to generate new experiences,” Opila said. “Becoming involved in extracurricular activities has allowed me to get outside my comfort zone, meet new and interesting people and challenge myself.”

With extracurricular involvement among college students on the rise, some have speculated that students are perhaps overcommitted, so much so that it detracts from their academic focus.

John Bradac, director of the Office of Career Services, said he encountered a pre-medical student who was committed to extracurricular and leadership positions. Bradac said the involvement undermined the student’s academic focus, and when applying to medical school, the student’s grades were not high enough for the student to be admitted.

“In cases like this we often talk about finding a balance,” Bradac said. “The pre-med student hoped that their extracurricular involvement would help them get into medical school, but the grades were simply not on par with typical applicants.”

Others argue that extracurricular and cocurricular involvement enhances the educational value of college by helping students develop vital networking, leadership and communication skills.

According to Job Outlook 2014 by the National Association of Colleges and Employers, the top four qualities employers seek in job candidates are the ability to work in a team, decision-making skills, the ability to prioritize and verbal communication skills. Michele Lenhart, director of student leadership and involvement, said these skills are best honed in extracurricular environments.

“All of these qualities are things that students involved in cocurricular activities get a chance to practice on a regular basis,” Lenhart said. “Their experiences in student organizations or community service will also often give them practical examples to share in job interviews.”

Senior Aaron Lipford said he is SGA vice president of campus affairs and a member of the Bureau of Concerts. He said his involvements have helped him develop his professional skills.

“I participate in extracurriculars such as student organizations because they have aided me in developing various professional and leadership skills such as task delegation, organization, event planning and networking,” Lipford said.

Tom Pfaff, professor of mathematics and Honors Program director, teaches an honors seminar called “Why Are We Here? Student Culture and the Problem of College” on the operations and purpose of higher education. He said a student’s decision to be involved should not be based on career-building strategies, but rather his or her own interests.

“Ithaca College offers students a wide range of valuable extracurricular activities, and students should take advantage of some of that, but in doing so, they should explore what interests them and be less concerned about networking or resume building,” Pfaff said.

Jonathan Shiveley, research analyst in the Office of Institutional Research at California State University, said since cocurricular activities by definition enhance what students are learning in class, students should take advantage of them. His research demonstrates an increase in GPA among freshman students with lower GPAs when they participate in extracurriculars.

“The fact that many of these clubs are often directly related to the programs that students are pursuing degrees in actually supports the assertions that these types of activities often act as support mechanisms which facilitate student engagement and a deeper connection to their coursework,” Shiveley said.

Still, many administrators said coursework should be managed appropriately in conjunction with involvement efforts. Kerry Spitze, Academic Advising Center manager, said her department often works with students to develop time-management skills when it comes to balancing their academic and extracurricular experiences.

“The key is always balance and knowing how to prioritize,” Spitze said. “We find that it is helpful for students to recognize where their time gaps are and how they can best utilize those gaps.”

With the evolution of higher education, many have come to question its modern purpose and where extracurricular activities play into that purpose. Pfaff said he believes the purpose of college is to acquire wisdom.

“The academic portion of college is important, but so are the other aspects of college,” Pfaff said. “I hope that college isn’t merely a socialization process, but rather a process through classes, extracurricular activities, and the time for discussions outside of class that aids in producing wisdom. We should be fostering a sense of intellectual curiosity so that students continue to learn throughout life.”