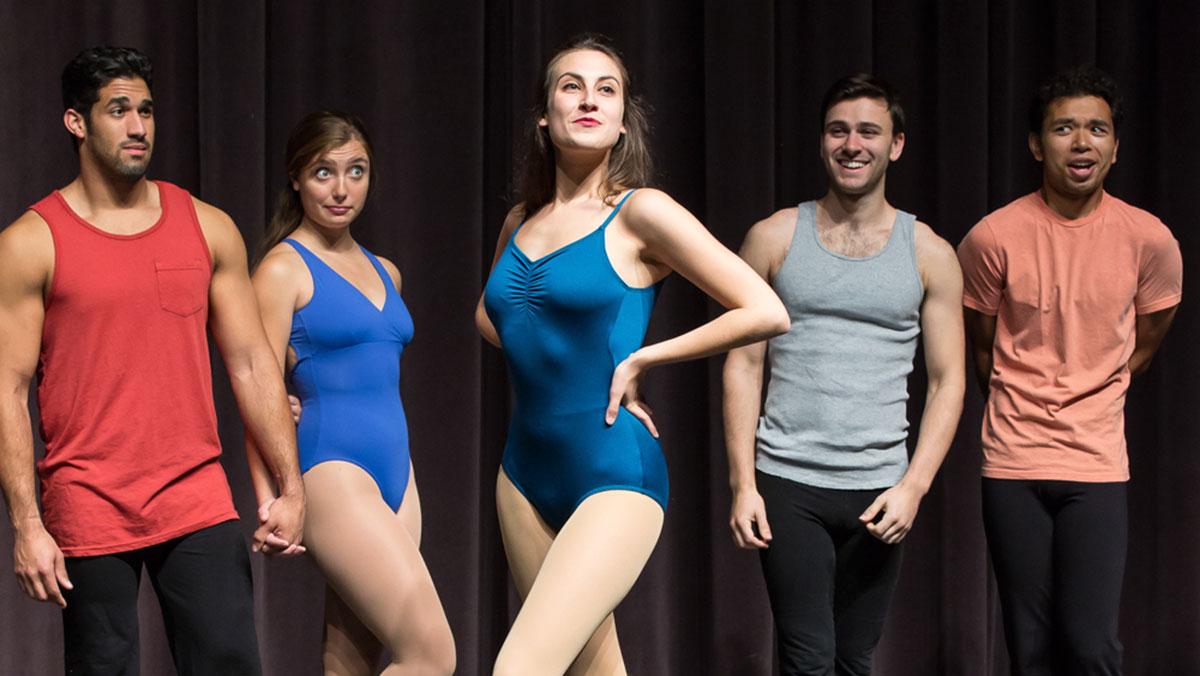 Courtesy of IC Theatre Arts
Students perform in the Department of Theatre Arts' production "A Chorus Line," which showed in November of 2015. The department recently conducted a survey for students on diversity issues, and one topic that appeared in responses was colorblind casting.
By Elena Piech — Staff Writer
Published: April 19, 2016

The Department of Theatre Arts at Ithaca College has hosted several meetings to discuss issues regarding diversity within the department. While many believe these meetings have been a positive step, some students say there is still progress to be made in improving the department’s climate.

Sophomore Julia Katz, the student representative on the Committee of the Whole, which is composed of faculty and staff within the Department of Theatre Arts, recommended the department address the issue of diversity after a fall discussion with her theater history class.

Catherine Weidner, associate professor and chair of the Department of Theatre Arts, said the department had an informal first meeting in the fall after the Nov. 11, 2015, POC at IC protest took place. Weidner said 60 or 70 students attended.

“Three reps from POC at IC came, and people just came and hung out and listened and talked,” Weidner said. “And what we realized is that we needed to get together and just share where we thought we were with these issues.”

To focus specifically on theater, Weidner and Steve TenEyck, associate professor and associate chair of the Department of Theatre Arts, hired Pam Strausser, a senior consultant of Academic Organizational Development at Cornell University, and designed a Qualtrics survey with open–ended questions to ask how students felt about the department’s environment. Questions were open–ended and included topics like what approaches the department can take to be more inclusive and transparent.

Weidner said the responses to the survey were compiled into a 44-page document, which included topics such as the department’s environment, hierarchy within degrees and interracial casting. The department then used those responses in its spring all-student meeting. All students in the department worked with the facilitator to address the student survey responses.

In regard to the overall environment of the theater department, senior Randy Wong-Westbrooke, who identifies as a multiple minority student, said he had personal struggles dealing with his identity within the department.

“There is a history of students literally leaving or wanting to leave the department because they felt like they were not in a program that afforded them equal opportunities to learn and be fully acknowledged and respected for who they are,” Wong-Westbrooke said. “Because of my intersection of identities, I know I will often be the ‘only one’ in some rooms.”

Sophomore Breana McGlockling said while she didn’t want to speculate, she felt that not all students wanted to have discussions about the racial climate and protests in the fall at the college.

“Some of the theater community here simply does not care about these issues, and they find it a burden to attend meetings to discuss,” McGlockling said.

Alisar Awwad, a freshman theater studies student, said meetings that discuss issues relating to diversity and inclusion within the program benefit the department.

“I’m proud of everyone that shows up for the meetings because the discussions we have can get very tense and sometimes emotionally draining,” Awwad said.

Students also discussed how they felt there was a hierarchy within areas of study. Ian Smith, a sophomore musical theater major, said he has heard of students who complain about what they study and how much attention they receive from the department or other students.

“I have heard from people that they feel like kind of this like hierarchy within majors,” Smith said. “As in, performance majors on the top and then B.A.s are on the bottom.”

Smith said students should feel free to study what they are interested in, and everyone should feel equally valued within the department.

“I think that everyone should have the opportunity to explore their interest with support or department behind them,” Smith said.

One topic that appeared frequently in survey responses was colorblind and color-conscious casting. Wong-Westbrook said there is a difference between the casting methods.

“The problem with colorblind casting is that there are hardly any relationship dynamics that are not affected by race, so disregarding an actor’s real and perceived ethnicity is, in my opinion, irresponsible and incomplete storytelling,” Wong-Westbrooke said.

“‘Colorblind’ is no longer an acceptable term, in that it attempts to make race/color/ethnicity invisible, which is not our intent,” Weidner said in an email. “When the opportunity for color-conscious casting exists, of course it would be the choice.”

Weidner said the department intends on giving the director the ability to decide how to cast shows.

Smith is on the selection committee for the next season of student shows, and he serves as the musical theater representative.

“We got together with the faculty. They walked us through how it works now, what their goals are in the future, and we’re going to continue to have meetings throughout the rest of the semester to figure out how, when the shows are selected next fall, how that will be done, what will be emphasized in the selection of the shows,” Smith said.

To ensure progress, Weidner said, the department plans to take a month-by-month approach.

“We just decided that we were going to … really focus on making sure we are doing at least one or two things every month and that ongoing conversations certainly are continuing to happen, but that we’re going to have more organized smaller sessions, and then we’re going to have another meeting again in the fall,” Weidner said.