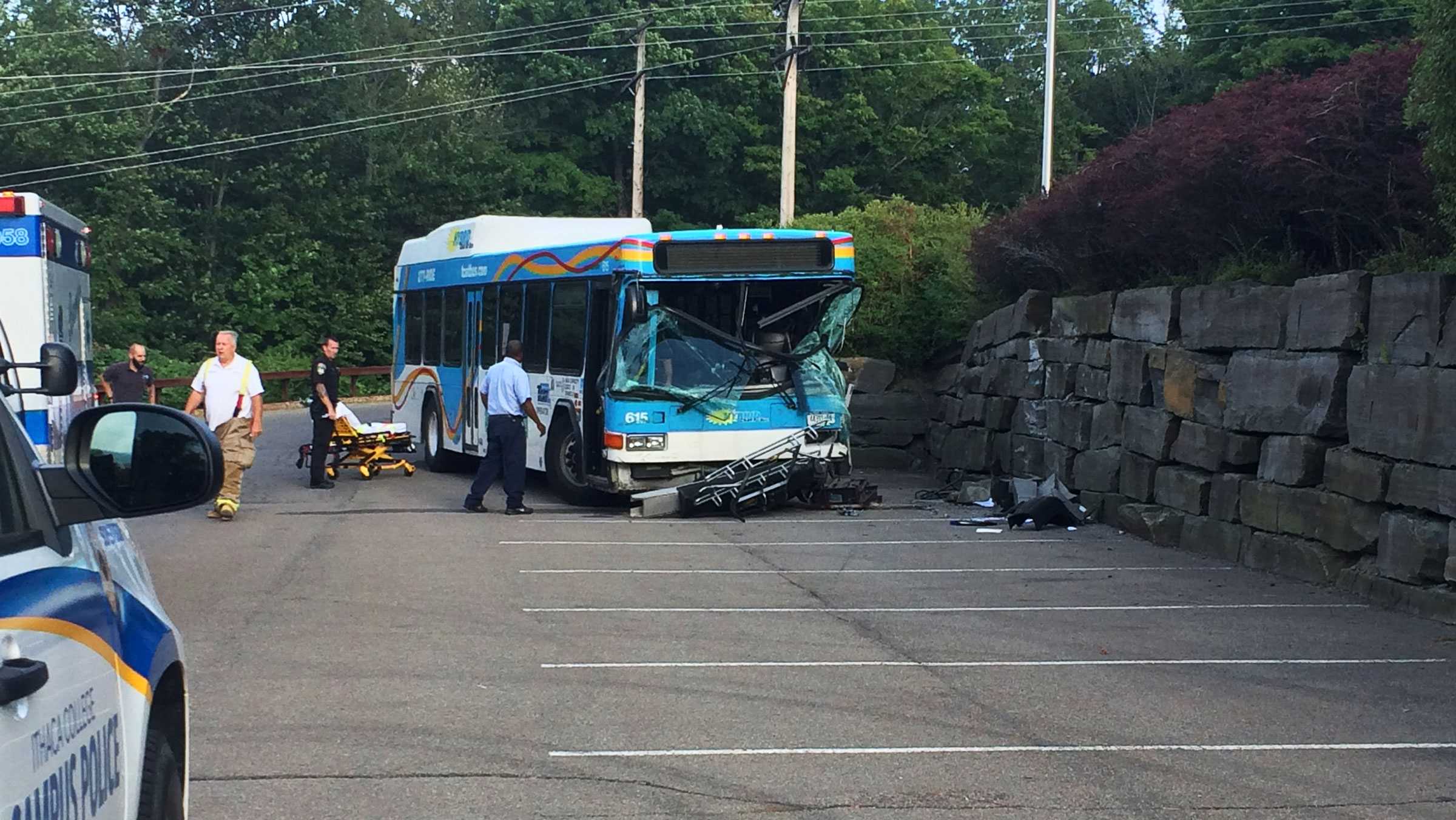 A Tompkins Consolidated Area Transit  bus-operator trainee was driving TCAT Route 11 when it collided into the retaining wall as it was turning the corner in Parking Lot J.

The accident occurred just before 6 p.m. Aug. 24, injuring a passenger, the driver and a TCAT bus-operator trainer, according to a statement from TCAT.

According to a release from TCAT, all of the passengers sustained minor injuries and were transported by Bangs Ambulance to Cayuga Medical Center. All three were treated and released late Monday night.