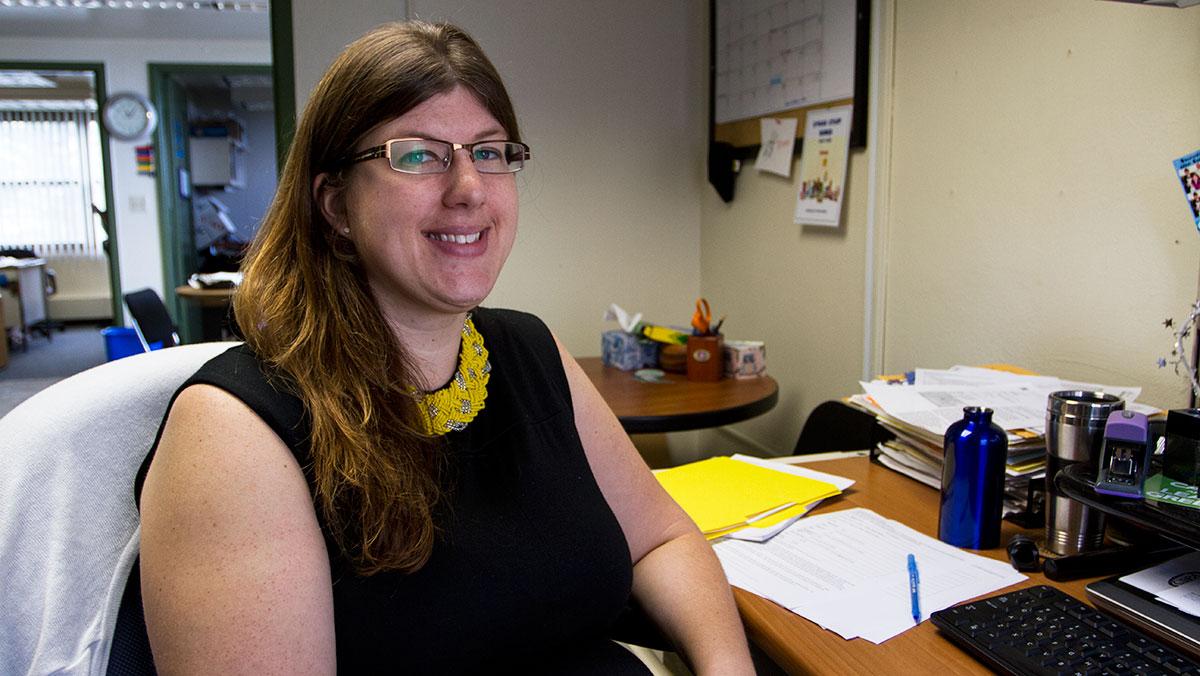 File photo/the Ithacan
Ithaca College's Title IX coordinator, Tiffani Ziemann, said she is unsure about what will happen to Title IX under the Donald Trump administration because of the lack of conversation regarding Title IX during the election. Many are concerned about whether the new provisions in Title IX will remain in withstand a Trump presidency.
By Sophia Adamucci — Staff Writer
Published: November 30, 2016

The Republican Party platform’s opposition to President Barack Obama’s executive expansion of Title IX protections to include gender identity and transgender status, combined with President-elect Donald Trump’s silence on the issue, has left many concerned about whether the new provisions will remain in place.

According to the Republican platform for 2016, the Republican Party “supports the original, authentic meaning of Title IX of the Education Amendments of 1972,” which states that educational facilities receiving federal funding cannot discriminate based on gender. The Republican Party’s issue regarding Title IX is that the Obama administration “wrongly redefined sex discrimination” by including sexual orientations under Title IX protection.

“They are determined to reshape our schools — and our entire society — to fit the mold of an ideology alien to America’s history and traditions,” the platform stated. “Their edict to the states concerning restrooms, locker rooms, and other facilities is at once illegal, dangerous, and ignores privacy issues.”

Ithaca College’s Title IX coordinator, Tiffani Ziemann, said she is unsure about what will happen to Title IX under the Trump administration because of the lack of conversation regarding Title IX during the election. In its current form, Title IX outlines how sexual assault and violence prevention and education should occur on campus, and how schools should investigate complaints regarding gender discrimination and sexual assault. Each school must have a Title IX coordinator, whose job it is to handle complaints filed under Title IX.

Amanda Lowe, a practicing lawyer in Buffalo, New York, who focuses on harassment and discrimination cases and has worked on Title IX cases, said the president has the power to issue executive orders for Title IX, which Obama has done in the past to expand the coverage of the law without explicit approval from Congress. With Title IX, there has been a movement from the Obama administration to increase the extent of rights covered, like transgender rights, Lowe said. Trump could interpret the Obama administration’s addition of transgender rights under Title IX as an executive order and eliminate it, Lowe said.

Ziemann said she is concerned about the example Trump is setting regarding the treatment of women but hopes the Trump administration will support Title IX. Trump has not personally made a statement regarding his opinion of Title IX or if any changes will be made to Title IX once his administration takes office. However, Trump’s campaign fielded accusations of sexual assault from a number of women as well as a tape of Trump using graphic language to describe his sexual advances toward women.

Mariko Silver, president of Bennington College in Vermont, contributing writer for Inside Higher Ed on the topic and former Obama administration staff member, said it is unclear what the Trump administration will do regarding Title IX but that schools still have moral and ethical responsibilities to be attentive to Title IX policies and education regarding sexual harassment and assault.

“I think colleges and universities need to be vigilant and need to be clear about our own principles and how we want to pursue issues of sexual harassment and assault, regardless of if the government holds our feet to the fire,” Silver said.

Sophomore Emily Honen, School of Humanities and Sciences senator for the Student Governance Council who also sits on the Policy, Procedures and Practices committee for Title IX, said she hopes Trump will take the content of Title IX very seriously.

“I feel as though Title IX also serves as a source of empowerment for many women already in the workforce, including in areas of politics, and I feel as though female leaders in the House and the Senate will do their best to lead our country on the right path,” Honen said.

Since the college is in New York state, it falls under Enough is Enough, a 2015 New York state law that established the definition of affirmative consent for the state and outlined the rights and responsibilities colleges have to their students regarding the education and the processing of sexual assault, Ziemann said.

“We’ve been focusing on the direction we’ve been given from Enough is Enough, and again, I think a lot of the work we do around Title IX has been outlined through Enough is Enough, Ziemann said. “So I think we’ll really focus on those aspects, unless there become federal mandates to do things differently, but I would be surprised if they came out with very drastic differences there.”