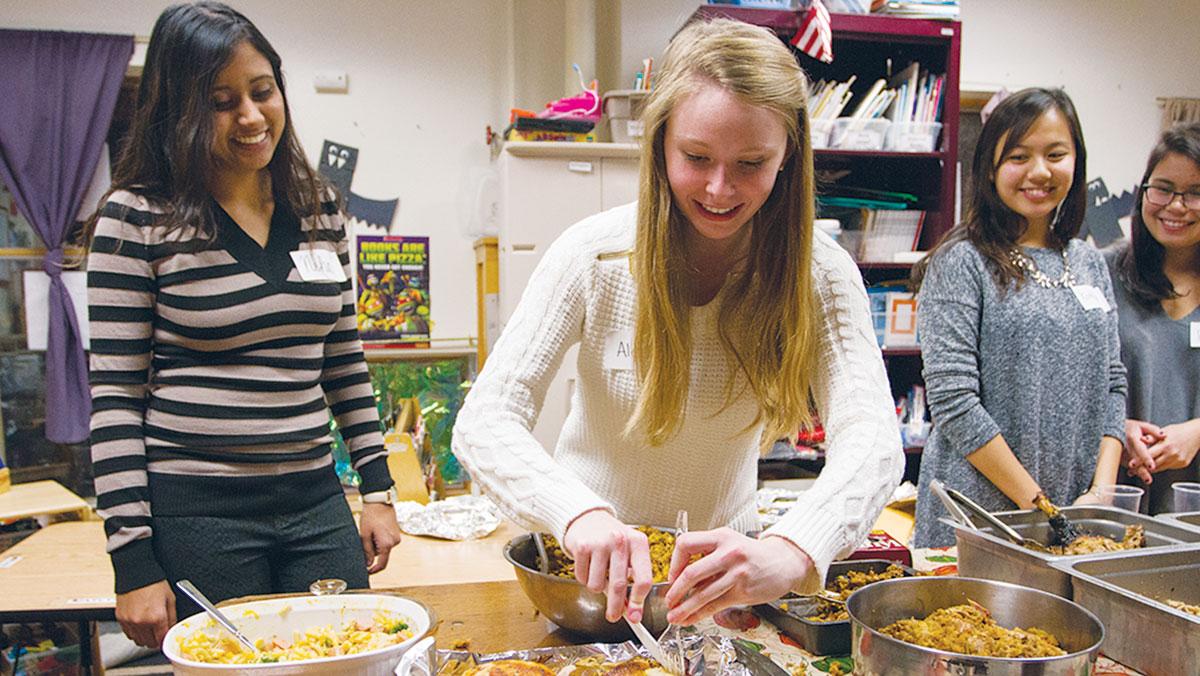 Ithaca College has continued its campaign to raise funds through an online donation system for United Way, a national network of volunteer nonprofit organizations helping their local communities and affiliated agencies in Tompkins County. The goal this year is to raise $60,000 for agencies and programs in the area, such as the Food Bank of the Southern Tier or the Downtown Ithaca Children’s Center by Dec. 31, lower than the $65,000 goal of past years.

Nancy Pringle, co-chair of the United Way Campaign and vice president and general counsel of legal affairs at the college, said the committee decided to lower the goal because last year the amount raised was $2,000 under the goal.

“[We] realized it might have been a stretch for our community,” Pringle said.

Pringle said donations can go to organizations other than United Way of Tompkins County, like UWTC’s Community Care Fund, any of the partner agencies, Ithaca College Student United Way or another United Way location.

“If someone lives in another county, they can direct their gift to that United Way,” Pringle said. “It recognizes our employee base is dispersed.”

This year, an anonymous person or group has increased the impact of the money the college can raise by offering to match it.

“For every new or increased gift given, it will be matched dollar for dollar up to $5,000,” Pringle said. “Anyone who is a new donor or gives an increased gift — that will be part of the match pool.”

The campaign goal of $60,000 will have a tangible impact on the community, Pringle said. According to the impact calculator on the UWTC website, $60,000 can provide 60,000 5-pound bags of food through the Food Bank of the Southern Tier or provide 138 children with a full scholarship for summer camp, among many other services.

Margaret Cole, chief operating officer of UWTC, said the partnership between UWTC and the college has had a positive impact on the community by promoting volunteerism and providing funds for the group and other agencies in need. She also said the student group was helpful in hosting the Family Carnival every spring and in awarding grants to local groups.

Junior Jaime White, president of IC Student United Way, said he has been involved with the group since his freshman year and has enjoyed giving back to the community.

“This initiative is extremely important because we are collectively making a difference in our community,” White said. “It’s nice to give back to the Ithaca community, to understand the needs of the community and be able to provide some service to this wonderful town and the people that live here.”

Last year, the campus community’s participation rate in the United Way Campaign was 15.9 percent, according to an announcement by the campaign. Pringle said she hopes to see that number increase this year and also said she thinks the anonymous match will help by encouraging people who are not able to donate much to participate.

“I would like to see [the participation rate] higher,” she said. “We are hoping to re-energize our community.”

Although the co-chairs for the IC United Way campaign change every year, Pringle said she enjoys giving back through this forum.

“I think it is a terrific way for me to give back to my community,” Pringle said. “I’ve lived in this community for over 25 years and seen the really good work that happens when people pool their resources to help local not-for-profits that do really great things.”