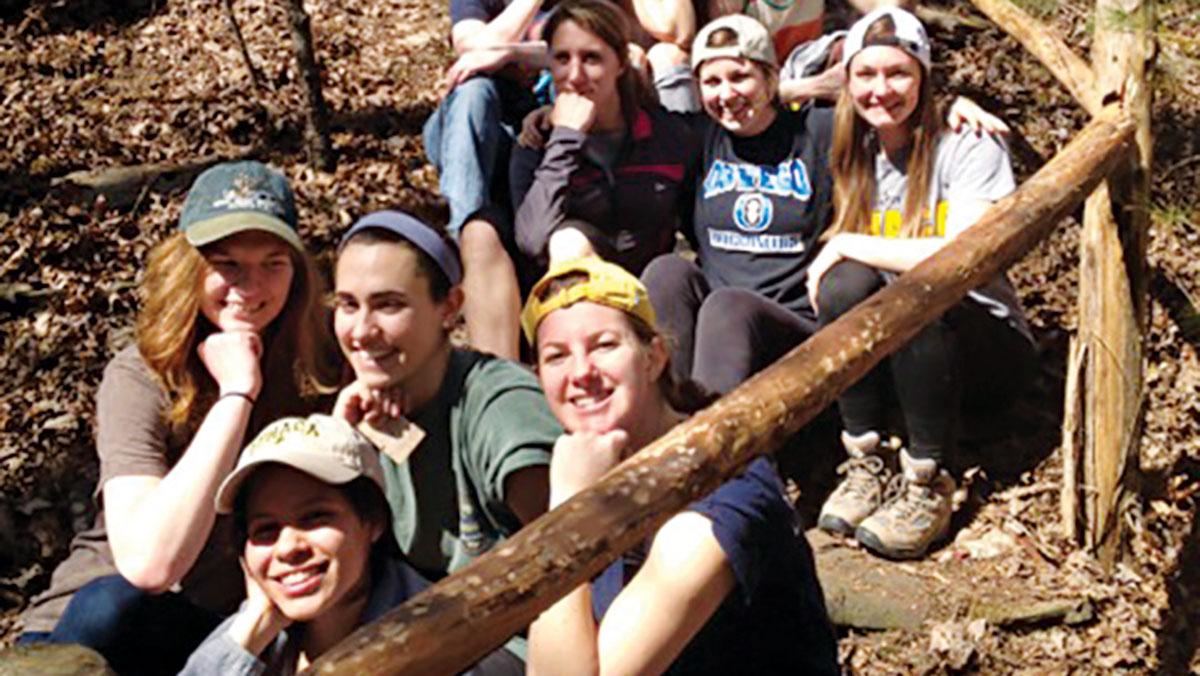 While many students enjoy spring break at home, others use their time off to volunteer for a variety of causes, including improving access to food in Washington, D.C.

Volunteering in Washington, D.C. is one of five Alternative Spring Break trips available to students at Ithaca College in March of 2015. Applications for the trips opened Oct. 27 for students to participate in an array of volunteering options ranging from conservation opportunities to youth work, Don Austin, assistant director of community service and leadership development in the Office of Student Engagement and Multicultural Affairs, said.

Austin said the college always adds at least one ASB trip each year for variety.

He said the trip to the Outer Banks in North Carolina will focus on coastal conservation, while the ones to the state parks in Virginia will see students doing work in park preservation. The Seneca Nation land program will feature students volunteering at a youth center and collaborating with kids on educational and recreational activities, Austin said, while the trip to Washington, D.C., will focus student’s attention on the effort to ensure everyone has access to nutritional food.

Senior Leah Galant said she appreciates that there are a variety of ASB trips offered.

“It kind of caters to every type of student in terms of what kind of community service they want to be involved in,” she said.

Galant went on the trip to the Seneca Nation lands for ASB 2014 and said a large part of her trip included volunteering at a youth center. She said she participated in the Salamanca trip both her sophomore and junior years, allowing her the opportunity to build relationships with the kids.

“To [the kids], it’s like Christmas … being able to see us again, they get really excited,” she said. “The only pitfall of the program is that it’s a week long, but you’re still able to build a connection with some of the kids there, especially seeing them grow from year to year.”

Though there is no hard deadline for students to submit an application for ASB 2015, Austin said those who submit theirs before 5 p.m. on Nov. 28 are guaranteed to have them read. For the 2015 ASB, the college can take a total of 42 students, Austin said.

Applications submitted after that date will be reviewed as long as there is still space in the program, Austin said. He said typically around half the students who apply for ASB are accepted.

Austin said OSEMA partially subsidizes ASB, sometimes covering up to a quarter of the cost of the program.

Junior Evan Layne said he believes the programs are generally affordable for most college students. Layne participated in ASB 2014, going on the trip to Washington, D.C., that focused on urban food justice. He said participants on the trip spent time volunteering with DC Central Kitchen, an organization that attempts to distribute food to those in need. Layne said much of the volunteer work featured students helping DC Central Kitchen with food preparation.

During the trip, Layne said he learned much about the differences between food accessibility in metropolitan settings versus rural ones, noting that rural settings tend to be closer to farms and freshly grown food.

Senior Morgan Allen said she has gone on ASB all three of her previous years and plans to apply for the trips in 2015. For her 2014 trip, Allen said she went to Historic Rugby, Tennessee.

Allen said she and the other participants did everything from helping construct a staircase to clearing trash and hiking trails, as well as helping to open a gift shop for the season.

“It’s a great opportunity to go somewhere I’ve never been and experience different kinds of communities and a different state, and at the same time, volunteering and helping people in need and just being a resource for them,” Allen said.

Layne said the personal relationships he formed during ASB were an important part of the program.

“I only knew one person in my group beforehand, and by the end [of the trip] we were all really close,” he said. “It’s a very unique type of connection that you’re able to share with a group of people doing service and spending that much time together.”