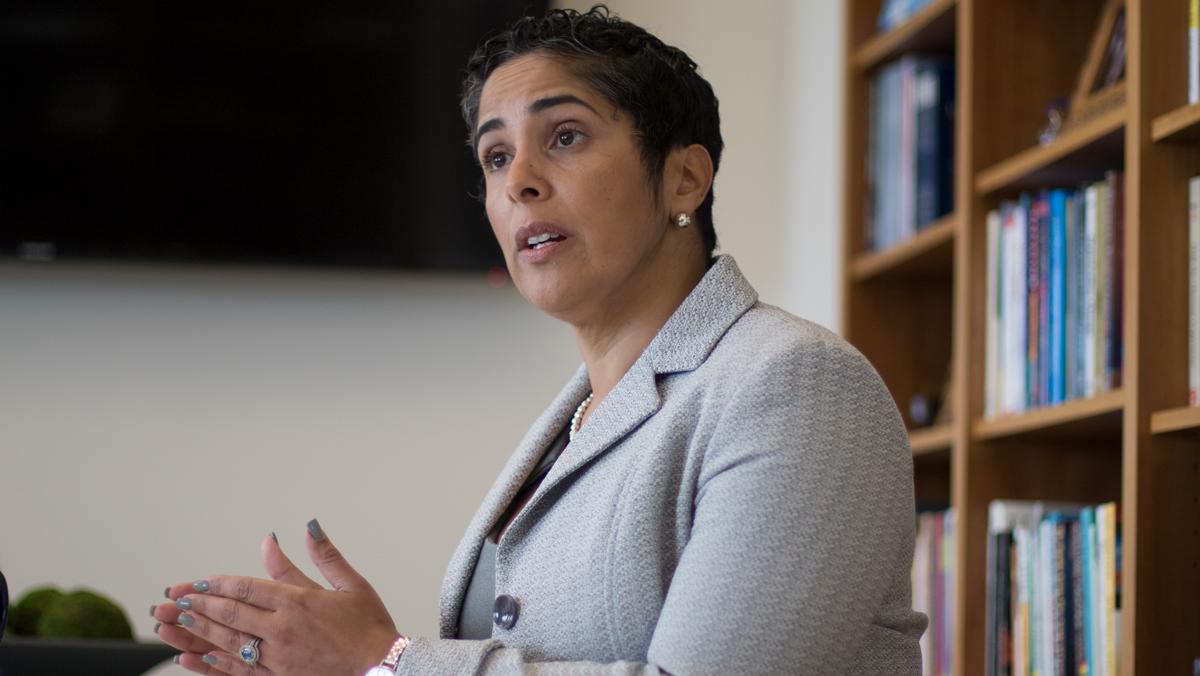 The Ithaca College administration and a group of student, faculty and staff leaders are discussing the creation of a working group to review freedom of speech policies on campus.

In a meeting Dec. 4, the tri-council group, consisting of Faculty Council, Staff Council and Student Governance Council executive board members, had initial conversations about creating this new committee. The working group is part of an initiative between Ithaca College President Shirley M. Collado and the tri-council to review and create policies that will regulate the time, place and manner of spaces for students to exercise their First Amendment rights, Nancy Pringle, senior vice president for the Division of Human and Legal Resources and general counsel, said.

The implementation of the working group is occuring at a time when freedom of speech and expression is being debated nationally at higher education institutions. As conservative groups on campuses invite increasingly controversial speakers, college administrators are struggling to determine the best way to handle these events.

The working group will be reviewing many current college policies. Policies under review include the Advertising and Solicitation policy and the Venitt Terrace/Free Speech Rock policy, both of which regulate the manner and places in which individuals and groups can advertise personal, political and business agendas. The New York Rules for the Maintenance of Public Order, which is a state-imposed guideline that the college must have in place to preserve personal respect and safety, is also under review. These policies aim to allow the college to allow guest speakers and hold events that do not disrupt students’ schedule.

The Ithaca College Republicans and the Ithaca College Young Americans for Liberty hosted Larry Pratt, a right-wing gun-rights advocate, to speak Nov. 9 about the necessity for the Second Amendment. The event was advertised by the organizations as an opportunity for opposing viewpoints to come together to discuss gun rights. Students held a silent demonstration in protest outside the event and an opposing teach-in on gun violence.

Pringle said both the way students conducted themselves during the event and the peaceful protest demonstration was an example of how the administration would like students to handle controversial events.

In November, Collado made a statement over Intercom about the importance of allowing the free flow of ideas between individuals in an inclusive and respectful manner. Collado said it was necessary to embrace conflicting perspectives rather than attempt to silence speech on the basis of offensiveness.

She said via email she hopes the working group can improve the college environment.

“It is my hope that this group will help us figure out how as an institution we can best enter into the difficult dialogue about the challenges that face our nation while simultaneously encouraging full participation among all members of our community,” Collado said.

The administration’s focus on free speech is in part a response to the current polarized political climate of the country, Tom Swensen, professor and chair of the Department of Exercise and Sport Sciences and chair of the Faculty Council, said.

“What do institutes of higher-education need to do to help graduate more civically minded and more functioning adults in the modern world?” Swensen said. “If all you guys graduate with an intolerance to other kinds of thoughts, does that really help? Or do we want our graduates to be role models for what should be happening on the national level?”

“I’ve had enough conversations with students to know that displaying any sort of conservative or even moderate Republican viewpoint is extremely frowned upon and will often lead to you being avoided,” Veca said. “It’s difficult, but I’d say that everyone has to be their own self advocate.”

“The bottom line is that there isn’t really anything the administration can do to force students to be more open–minded,” Greco said. “However, the responsibility largely falls on students and student organizations because they are the ones that have the capability to reach their peers.”

He said maintaining free speech does not mean tolerating discriminatory views against others.