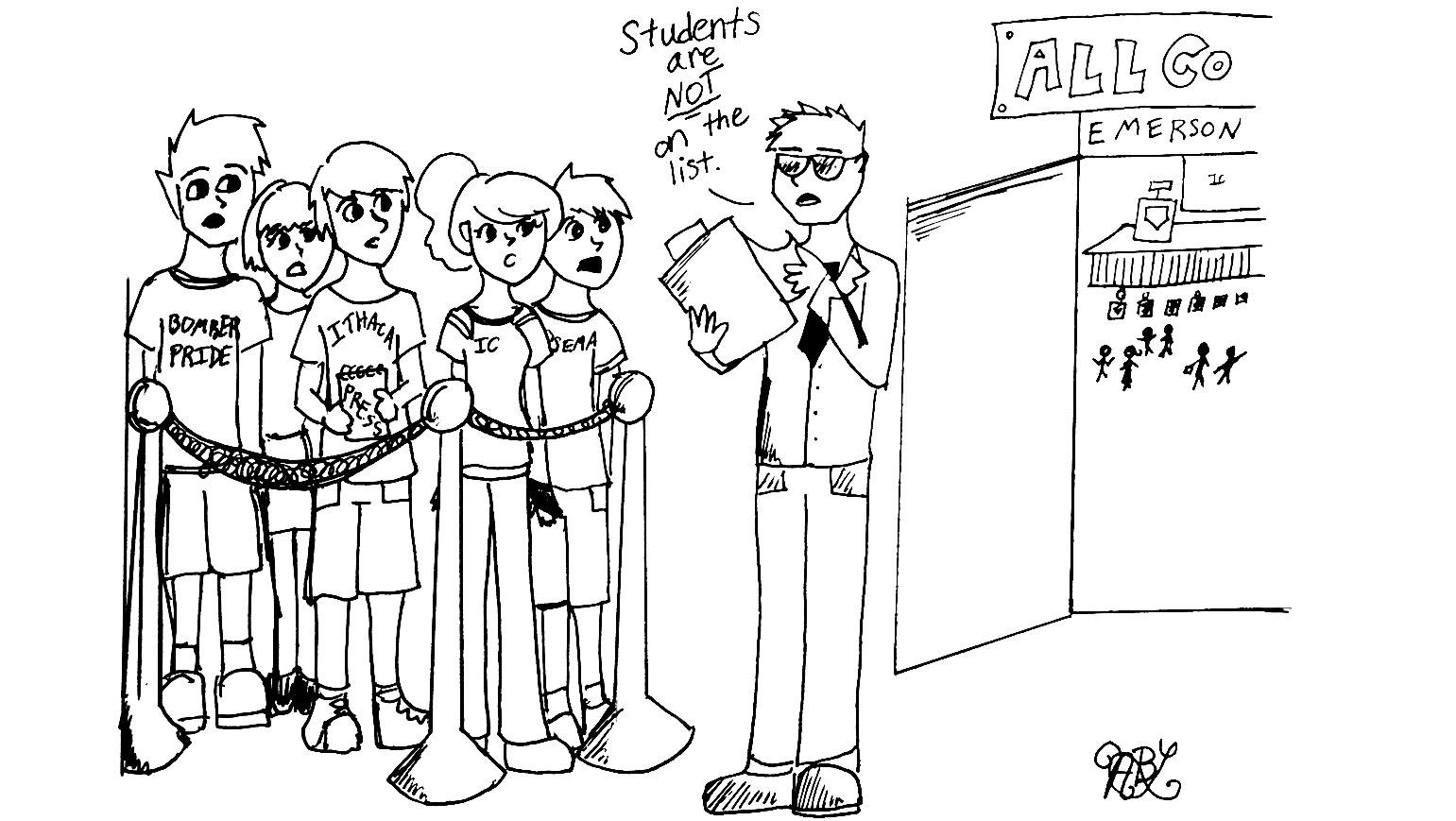 Every year before the academic year begins, Ithaca College hosts the All-College Meeting. At the meeting, which is limited to only the college’s staff and faculty, Ithaca College President Tom Rochon and other administrators give an overview of the past year and discuss goals for the next academic and fiscal years. However, the most important demographic is always missing: the student body.

The name of the meeting is deceptive. The words “all-college” are in the title, yet nearly 7,000 members of the college’s community are excluded from having any knowledge of executive decisions that are to be implemented during the academic year. The media are also barred from covering the meeting.

Additionally, according those those who attended this year’s meeting, Rochon did not leave time for an open Q&A, which was included in the meeting’s agenda. Instead, he addressed anonymous questions that were submitted on index cards. The time Rochon spent on the anonymous questions could have been better spent on opening the floor to staff and faculty questions as planned.

Students have the right to know information disclosed at the All-College Meeting, such as declining enrollment for the 2014–15 academic year and decisions that can affect the student body, faculty and staff. At the least, media coverage should be allowed in the meeting to report back to the student body if the administration still holds a staunch no-student attendance policy.