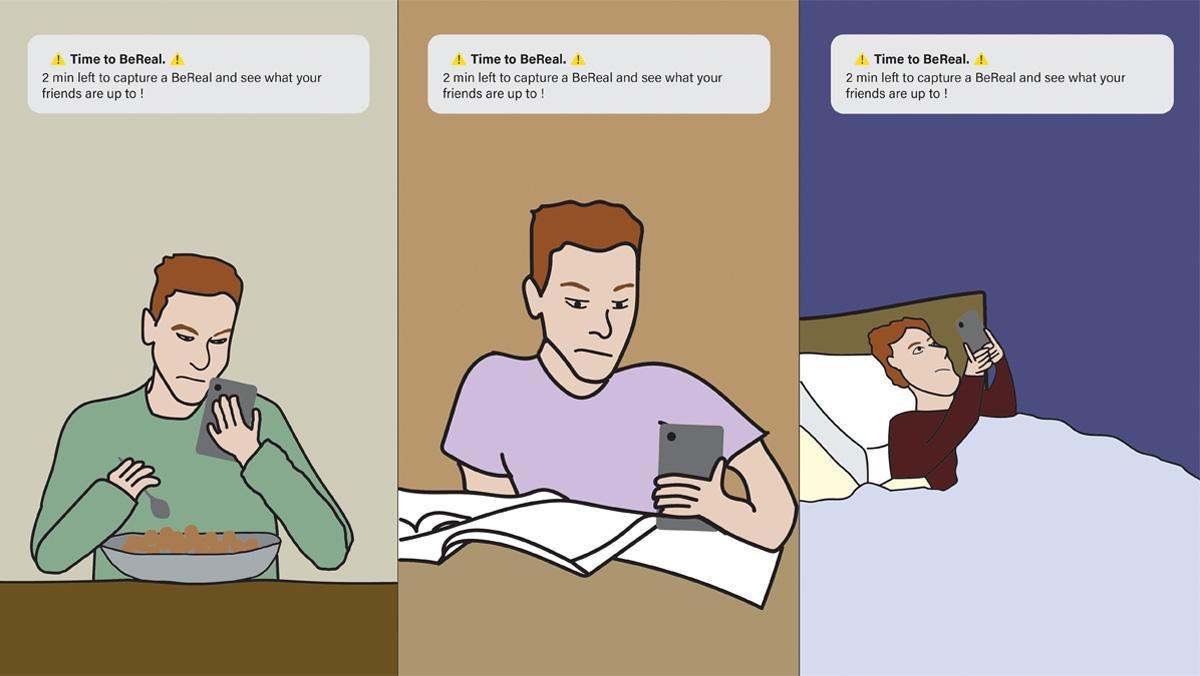 Those nostalgic for Instagram circa 2014 have found a way to relive the feeling of silly, carefree spontaneity with the popular app BeReal.

Social media has morphed into something much more complex than what it used to be. BeReal provides a platform to remind users of the real world and connect with their friends authentically without the pressure of constant interaction and refreshing.

Platforms like Facebook and TikTok aim to make their algorithms more engaging and hold the attention of their users for longer amounts of time, paying little regard to the mental and physical effects it may have on the people who use the app. It can feel like signing up for an account becomes a commitment to using the app forever. The technology has become so advanced that it is designed to personally tailor each user’s feed so they will use it as often as possible or end up feeling disconnected from the people around them.

Most social media sites require the users to be at least 13 years old in order to create an account. As an adolescent’s brain is developing, it can be nearly impossible to know how to regulate usage as well as consider the negative effects that come with the app’s usage. Because social media has become the main hub for teenagers to connect with one another, it often feels like there is no other option.

BeReal also has a minimum age requirement of 13. It is hard to know the effects this will have on its young users at the moment, but it functions differently than other apps. There is no number one best friend or Snapchat score to maintain, there is no or recommended content. It is one picture, once a day, meant to be shared with your friends or the explore page, if you so choose.

Is BeReal without flaws? No. But in a world that only seems to be becoming more and more virtual, it provides a nice daily reminder that we are real people that live in the real world. We can only hope that in the future, social media will no longer feel like an obligation.