Commentary: America, you’re not as great as you think, love Australia 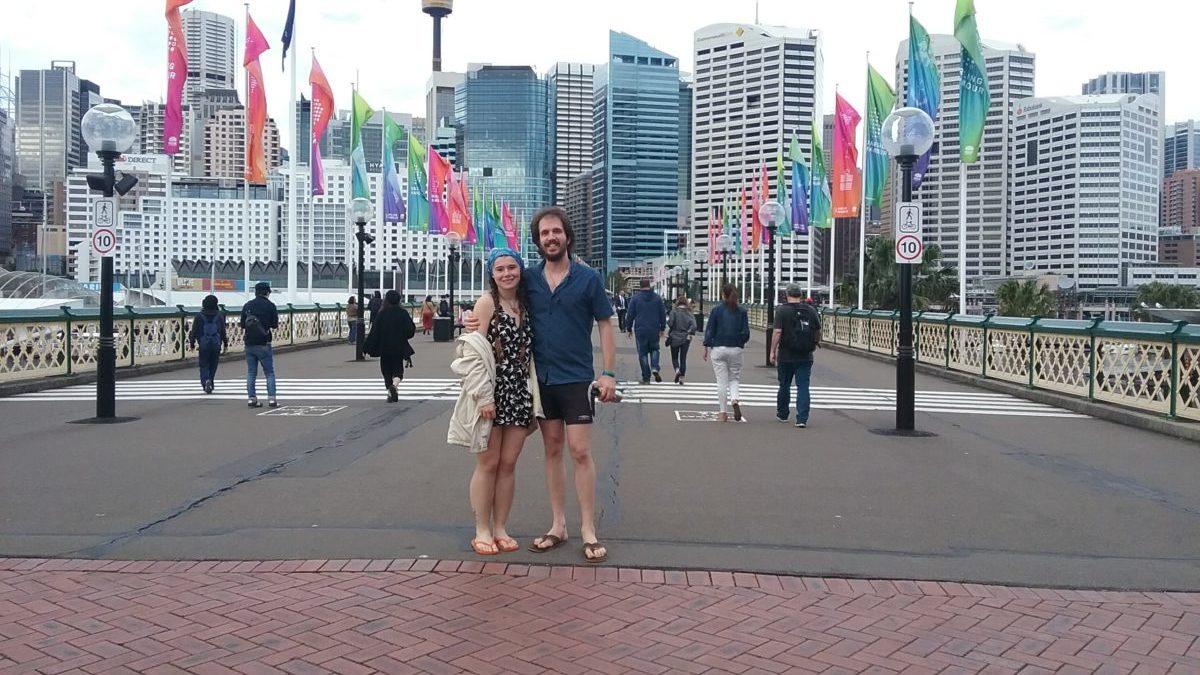 Courtesy of Emma Rizzo
Former Ithaca College student Faith Meckley, pictured above with her husband Alex, writes that it can be hard for Americans to see the truth past blinding nationalism.
By Faith Meckley
Published: November 10, 2017

The last year of my life has been a magnificent whirlwind. I traveled solo across the states, married a man after knowing him for two months, dropped out of Ithaca College and moved to my husband Alex’s home, Australia.

If you’re considering changing locales to escape the constant stream of political nonsense, I don’t blame you. But I can tell you, as someone on the other side, it doesn’t really get better. Turns out, other countries give a damn about international affairs. So, Trump’s voice still comes through the radio and the television, all the way over here. My mother-in-law’s partner always turns up the volume when Trump news is on, not wanting to miss something funny.

Moving down under hasn’t given me the peace and quiet I might have hoped for, but it has offered a fresh perspective. I could fill this newspaper with all the standout differences between our two countries. I’ll focus on the one my husband speaks of most frequently: America’s zealous nationalism.

It starts in grade school for young Americans. Through the pledge of allegiance, the national anthem, slanted history curricula and holidays like Flag Day, we’re instilled with a deep pride and reverence for our country.

This is a strange concept for Australians. Great Britain originally used the Australian colony as a dumping ground for convicts. While today’s Aussies are much tamer than their criminal ancestors, they still hold a strong anti-establishment sentiment. No one gets teary-eyed at the national anthem. The flag is rarely flown outside the household. Aussies happily take a day off for the Queen’s birthday, but don’t give a damn about the Queen.

Canberra, the capital of Australia and my home, for now, is refreshingly diverse. Half of my co-workers are immigrants. On my way to work I hear many languages. Not one person mutters bitterly, “you’re in Australia, speak English.” Some of the bus drivers are Muslim men. People don’t gawk at their turbans or wait for a different bus. Instead, they board and say, “G’day mate,” just like they would with anyone else.

Meanwhile, Trump’s racist administration is in a tizzy about athletes protesting during the anthem, stealing the focus from an important discussion about violence against black people and flipping it to a conversation about “respect.” The political right is losing its collective mind over “PC culture” degrading freedom of speech, while simultaneously claiming that debating a four-star general is “highly inappropriate.” There’s this weird assumption that people of color, Muslims and people who don’t speak English as their first language, aren’t American. “But where are you really from?” Americans are so obsessed with a 200-year-old right to own muskets that we’ve passively allowed ourselves to become the worst among developed nations in terms of gun violence. Australia’s deadliest mass shooting, killing 35, happened in 1996. Gun control laws were passed that same year, and nothing of that caliber has happened again.

Despite this, there is a visceral sentiment that the United States is the greatest nation in the world. While we were stateside, Alex had to set the record straight a number of times regarding his intentions with marrying me. Surely, he’s just after a green card.

“I’m from Australia. If you think I’d rather live in the U.S., you’re delusional.” That was his sassiest response, often sparking intense political debates. For some people, it was their first exposure to the idea that there are better places to live.

I do not wish to vindicate Australia. It has its own problems related to political hypocrisy and racism. My point is this: when the blinders of feverish nationalistic pride are removed, it’s easier for the citizenry to see truth. They can be self-critical without being told they’re disrespectful. They can expect better of their government without being pegged as ungrateful.

Soon, I will reach a phase of my immigration process where I won’t be allowed to leave Australia for a time, and that hurts. I love and miss home. But, I have intentionally unlearned my indoctrinated pride, and I now see America for what it is. Thanks to my new life in Australia, I know that what I have suspected for a long time is true. Americans can do better.

If the U.S. is to pride itself in being the policeman of the world, it should do so in a way where self-interest is not the primary motivation.

US only aids allies