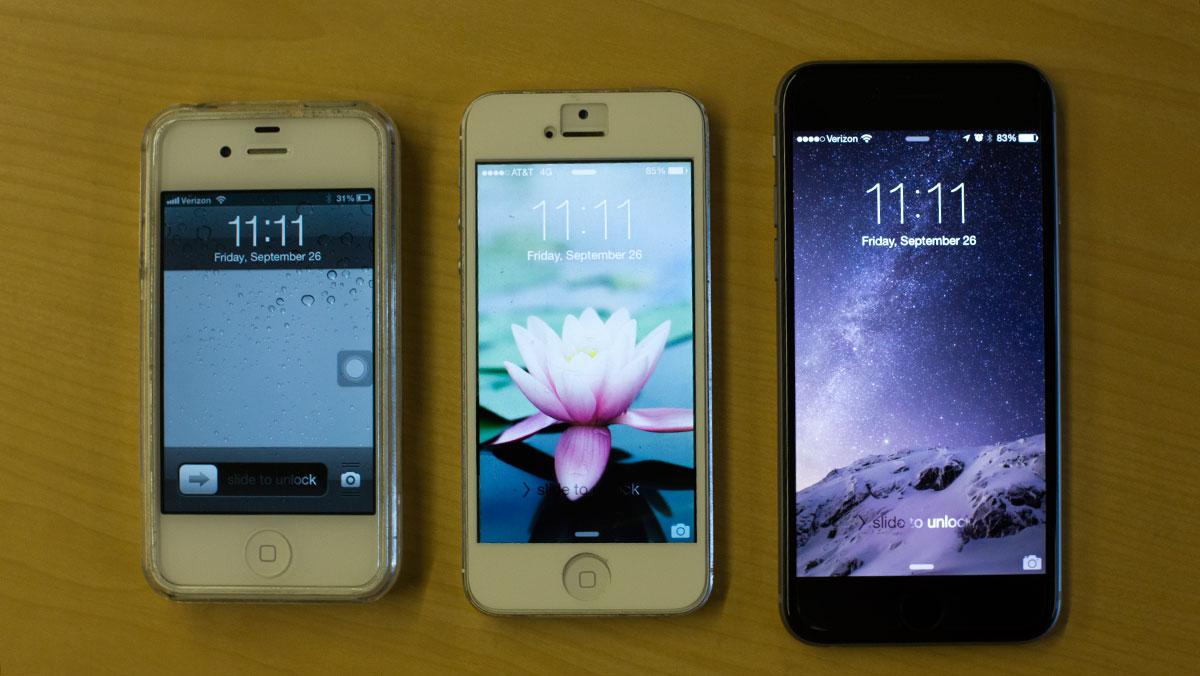 Apple’s new operating system for iPhones and iPads, iOS 8, is apparently the “biggest iOS release ever.” There are many new features included in iOS 8, such as an improved Messages app, a new Health app, predictive typing, third-party keyboards and Continuity with iPhones, iPads and Mac. While some of these new features are innovative and work wonderfully, several features are not yet ready for primetime. In the short time it has been available, iOS 8 seems to have more bugs than a typical iOS release.

The Messages app has seen great improvements since its last update in iOS 7. You can now name a group iMessage, remove yourself from it or add others to it. Perhaps my favorite feature is the ability to turn on Do Not Disturb for an individual conversation, making it easy to reduce the steady stream of uncontrollable notifications.

The Health app will integrate health and fitness apps into one, easy-to-use dashboard. Users are able to track their daily activity, calories and much more all in one app. Third-party apps can integrate with the Health app through Apple’s HealthKit platform, allowing apps to share the user’s health data. There’s only one problem: Apple discovered a bug in HealthKit shortly after the launch of iOS 8. This prompted Apple to pull all apps designed to integrate with the Health app from the App Store, promising a fix by the end of September. The bug has been fixed, but it took Apple more than a week to resolve the issue. It’s too bad that Apple had a bug like this in their initial release, rendering the Health app almost useless for users who switched to iOS 8 when it first became available.

Additionally, Apple introduced QuickType predictive typing to the keyboard in iOS 8. Android devices have had a similar feature to Apple’s QuickType for some time, and Apple has finally adopted this feature into iOS 8. After using QuickType for about two weeks, it seems to be accurate and often suggests what I’m about to type.

IOS 8 also allows third-party developers to create apps that add additional keyboards to user’s devices. New keyboards such as TouchPal and Swype add swipe to type functionality to the keyboard. These apps, and many others, seem to be popular new features of iOS 8, as many have climbed high on the App Store top app lists.

Continuity is a new feature that connects your iPhone, iPad and Mac. Users will be able to use Handoff, which will let them start writing an email on their iPhone and then open it and finish it on their laptop. Furthermore, users will be able to receive calls and text messages to their phone number not just on their iPhone, but on their Mac and iPad as well, assuming the devices are on the same network. Apple brags about these features as being part of iOS 8, which they technically are, but these features won’t work with a Mac until it is running OS X Yosemite, which is “coming this fall.”

There are many great new features in iOS 8, and it is expected to have a high adoption rate. Although I’m impressed with many of the design enhancements and functionality improvements, like the Messages app, I’m somewhat disappointed that features like Continuity and the Health app are advertised as features of iOS 8, even though they were not functional on the day of the release. I never had any desire for a new keyboard or to use QuickType, and although I have yet to download a third-party keyboard app, I have started to use QuickType more and more since I downloaded iOS 8 to my iPhone.

Furthermore, there are many minor improvements, such as being able to reply to texts from the lock screen, that make the overall user experience seem smoother and more polished. Overall, I really like iOS 8, and I think it’s a great improvement on top of the redesigned user interface that was introduced last year in iOS 7. I would recommend downloading it and taking advantage of the wide range of new features.

Evan Sobkowicz can be reached at esobkow1@ithaca.edu or via Twitter: @evansobkowicz