Commentary: Armenians are crying out, and it’s time to act 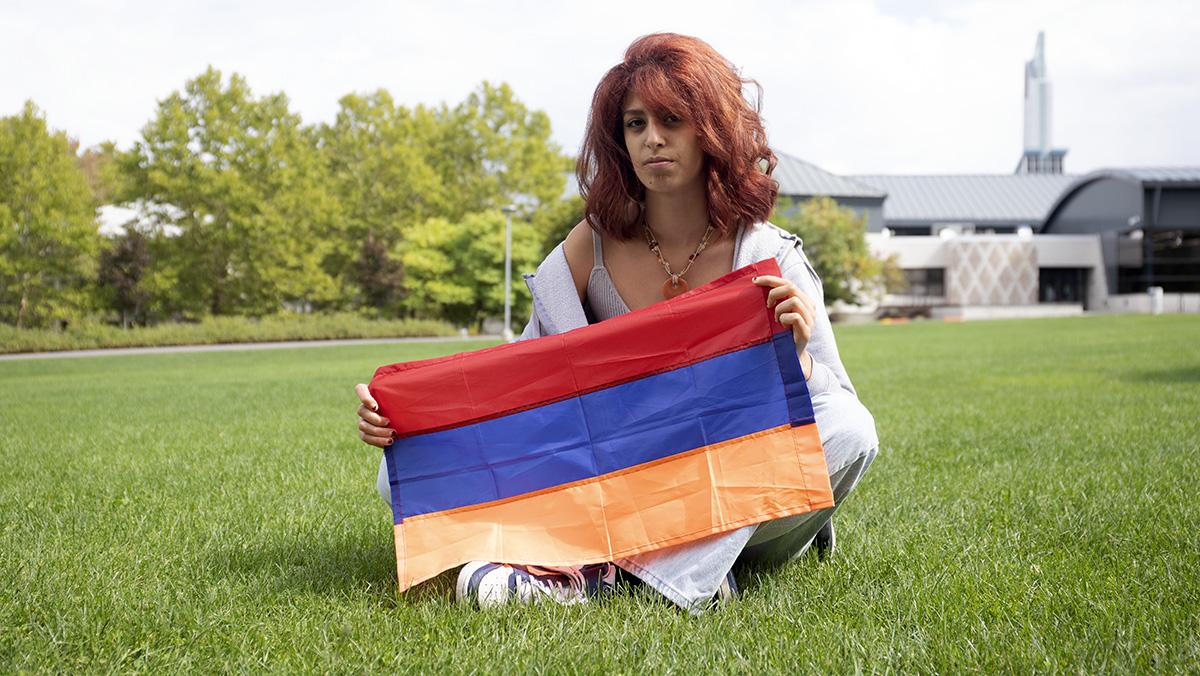 Yet again, my family in Armenia woke up Sept. 13 to the news that Azerbaijan is firing at them. Despite similarity to any other dark morning, these particular attacks are so close that at any moment I might hear the worst news of my life. For many decades, Azerbaijan and Armenia have been at war for the Republic of Artsakh because Azerbaijan claims that Artsakh, a state where Armenian cultural buildings are older than Azerbaijan itself, belongs to them. Armenians tried everything: revolutions, fighting back harder, giving up land and trying to come to peace to address this issue with Azerbaijan and Turkey throughout our very long history. However, Azerbaijan and Turkey have resorted to violence once again.

Around September 2020, Azerbaijan started a 44-day war to capture Artsakh, during which thousands of 18 to 20-year-old teenage soldiers and many civilians were murdered, including four of my friends. Later on, with Russian President Vladimir Putin’s interference, Armenian Prime Minister Nikol Pashinyan gave most of Artsakh’s land to Azerbaijan for “peace,” which angered Armenian society because no one wanted to give up on our land. But did the war ever stop? Shockingly, no! It has become standard for people in Armenia to wake up to more attacks. However, it got worse. The morning of Sept. 13 changed everything when undisputed central Armenian land was bombed.

Throughout these two years, my fellow Armenians and I tried everything to reach the attention of international people and governments, yet most of the time our calls were futile. Since 2020, I have shared many pieces of important information on my social media about how non-Armenians can help, talked about this ongoing catastrophe in class, but all I get is “sorry to hear about that.” I ask people to help and give them directions on how to be helpful and supportive, but lately I have come to realize that my cries are not heard. I scream that my childhood home is burning and notice that many around me aren’t reacting.

To my understanding, there are two major reasons for people’s ignorance. First, many people I have met in Ithaca and other foreign cities and countries do not bother worrying about issues that are not trending. People only show sympathy when there is something in return, like being considered caring and smart. So people go around lying to themselves that they shared a fresh opinion that has been tweeted a million times but don’t bother caring for countries like Armenia, Yemen or Ethiopia. Secondly, it relies on how the media and government talks about the issue. During the Russian invasion of Ukraine, the media covered the news of the attacks correctly, showing the actions of the real aggressors. However, during the Armenian attacks, there is not much coverage that tells the true story. A great example is the headline from the Washington Post: “Azerbaijan and Armenia exchange fire in Nagorno-Karabakh border zone.” It’s not in the Nagorno-Karabakh border zone, it’s not just exchange of fire, but attacks on my home. Media doesn’t cover the truth when they cannot profit from the plights they highlight.

I’ve been far from home throughout this conflict and the loneliness I feel is alarming. It’s very disappointing knowing that some people in my classes wouldn’t care if my family was harmed. Although, I would say that I have some amazing friends and professors who honestly care for me and other Armenians. Unfortunately, they are a significant minority within our community.

Now I’m calling upon you. Please, don’t let me feel alone. Take action. You can follow me on Instagram where I share news and how others can help (@hakobyan__n). Share awareness in your community, but make sure your information is correct. Contact your representatives to block military aid to Azerbaijan (ANCA, Armenian Assembly of America). Reach out to me if you have any questions or comments (nhakobyan@ithaca.edu). We, Armenians, are tired of screaming alone. The time has come to raise your voices with us.

As news director for WICB and host of ICTV’s political talk show “Experts Say,” I consider it part of my education to keep up with world news. I am a supporter of the Occupy movement, but also quick to mention that it was the revolutions in the Middle East that stirred the Wall Street protests.…

Commentary: US foreign policy too often clashes with human rights