Commentary: Divisive rhetoric is not productive 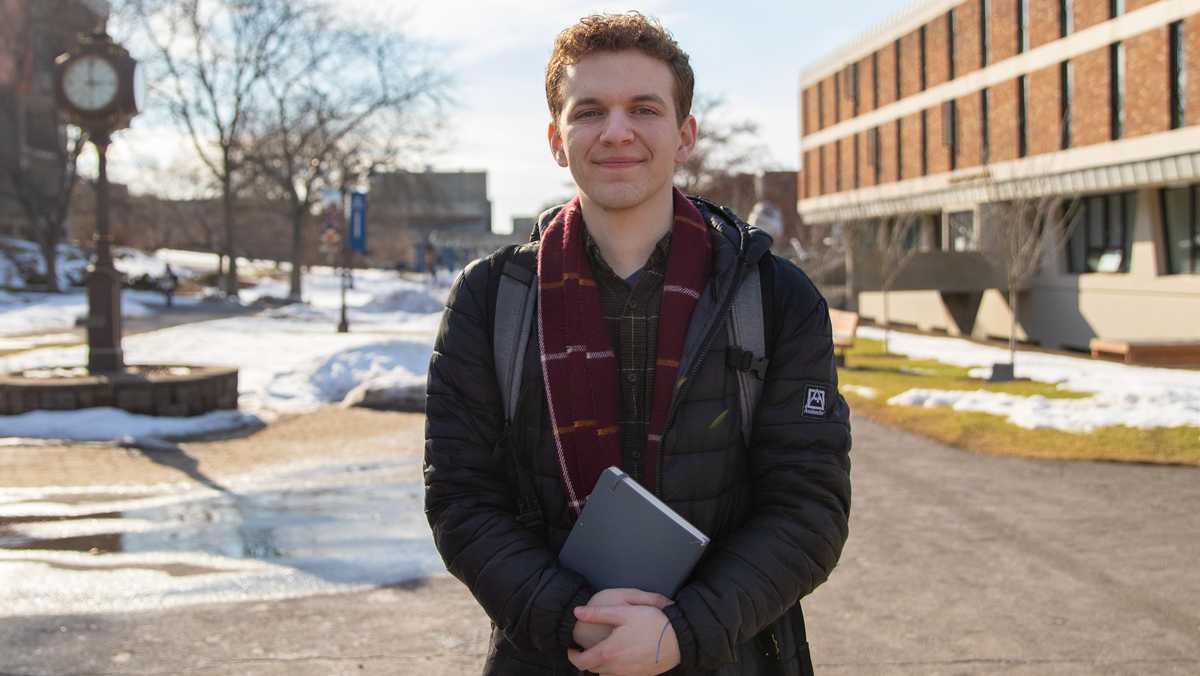 Ana Maniaci McGough/The Ithacan
Sophomore Daniel Mailloux, a politics and international studies major, has seen through work in Model U.N. the importance of being open to different insights in public discourse.
By Daniel Mailloux
Published: February 26, 2020

As a member of Ithaca College’s Model United Nations team, I am given the distinct opportunity to debate with student delegates from all over the country and the world.

The express goal of Model U.N. committees is to pass resolutions to an issue or topic — and, throughout the course of committee, students representing delegations from various countries around the world vie for power amongst one another. Voting blocs form day one, and by day two, all serious debate typically has stagnated, with each bloc touting its own policies blindly, refusing amendments from the others.

Our political system today operates much in the same way. Take the recent impeachment trial: The Senate voted on two articles of impeachment against President Donald J. Trump, both of which failed to pass. The vote, unsurprisingly, was split along party lines — with the exception of Sen. Mitt Romney, who voted to remove Trump from office.

While historically there has always been a political division on key topics such as immigration, race, gender, culture and the environment, how this division presents itself today is more pronounced and more radical than ever before.

This new form of mainstream politics — which really took center stage during the 2016 presidential race and subsequent election — is increasingly more partisan and acutely adversarial along Democrat-Republican party lines.

We all know that a good amount of our friends and family could not be bothered about the increasingly partisan nature of the U.S. government: This is understandable. The day to day of our individual lives is much too involved for us to be agonizing over the minutiae of everything political.

That being said, I cannot emphasize enough the importance of forming and voicing your own opinions despite how controversial they might be among your peers. We as individuals have the ability to bring so much to the table. Within our friend groups and day-to-day public discourse, it is imperative that we speak our minds and express our views.

More often than not, people get so entrenched in their own groups’ ideas that they refuse to even consider the ideas of others. This psychological phenomenon — called the “echo chamber” effect — has recently garnered criticisms due to the inaccurate assumptions within social media. In the larger context of our political and personal interactions, however, the concept remains true. It asserts that people only hear, defend and reiterate what they already believe in.

Your education — more than the curriculum that you study, money you spend on books or hours you spend in the library — is about learning how to better perceive the world around you. It is about learning how to listen and about having the willingness to question the people around you, regardless of whether or not they are your closest friend or most loathed political adversary. It is about challenging yourself and others to actively diversify your thought.

If we are to be more understanding of one another and grow as a country, as a society, as individuals, we must learn to listen and question ideas that challenge our own — not necessarily believe or take on these ideas ourselves, but at least listen.