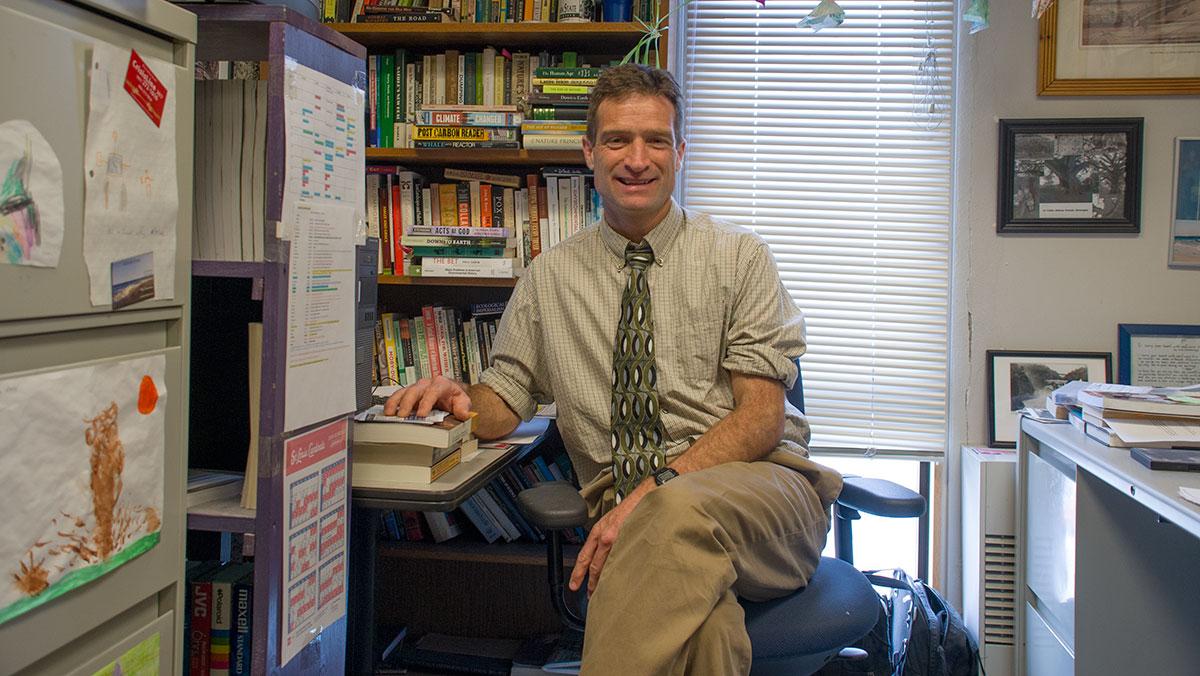 Homer. At Ithaca College this word can evoke eye-rolling, fist-shaking, and, occasionally, a sigh of relief. Most of us at IC primarily know Homer not as the author of two of the greatest and most enduring epic poems ever composed but as an often frustrating enrollment management system (among other things).

Yet the fact that the college named its system Homer, the fact that this community we live in and this institution we are a part of are named Ithaca, suggests how deeply literature, history, and mythology have shaped our culture. More generally, you cannot live anywhere on this planet without confronting history, stories, art, and musings about the meaning of it all. To make sense of the world, in short, you need the humanities.

The humanities, simply put, are a collection of disciplines and perspectives that study and reflect on what it means and has meant to be human, throughout history and across the globe. In the humanistic disciplines, we create and study the various artifacts that express human values and ideas. The domain of the humanities ranges from literature, the visual arts, and music, to philosophy and religion, to history and theater. As the very meaning of what it means to be human evolves rapidly in the early 21st century, studying the humanities becomes all the more important. More on this in a moment.

Back to Homer, the software and the epic poet. As you scroll through the fall schedule on Homer contemplating the courses you might take, I encourage you to include at least one humanities course. Some of you reading this may in fact be humanities majors and minors, and for you this column can be your aid as you persuade your friends to take “Art Across Cultures,” “Banned Books and Censorship Trials,” “Black Lives Matter: Religion and Justice,” or “Foundations of Western Civilization” (where you’ll find the real Homer in historical context), or another of the dozens of humanities courses being offered next fall.

But for most IC students these days, a single humanities course is the minimum requirement to graduate, and that is a pity. For most of the history of higher education, the humanities were the foundation of a college degree, not a marginal element squeezed in—or worse, “gotten out of the way,” to use the all too common parlance about ICC courses on campus.

Unfortunately, an education in the humanities has somehow gotten the reputation of being a luxury students cannot afford in a tight job market that seems to emphasize acquiring practical skills over developing things like empathy, comfort with complexity and ambiguity, and historical perspective.

In fact, numerous studies have shown that employers seek graduates with the very capacities the humanities explicitly cultivate: discernment and decision-making; written and oral communication; locating, organizing, and evaluating information; critical thinking; and the empathy necessary for working across differences such as culture, race, class, and gender.

A 2013 study published in the journal Science (nota bene to the readers among you who crave empirical evidence about these matters) demonstrated that reading literature — especially novels — improves social skills by helping people imaginatively walk in someone else’s shoes. And Forbes magazine recently trumpeted “Surprise: Humanities Degrees Provide Great Return on Investment.”

Even more valuable than the way a humanities education can help you earn a good living is the way it will help you live a good life. As journalist Frank Bruni put it recently, “It’s impossible to put a dollar value on a nimble, adaptable intellect, which … may be the best tool for an economy and a job market that change unpredictably. And it’s dangerous to forget that in a democracy, college isn’t just about making better engineers but about making better citizens, ones whose eyes have been opened to the sweep of history and the spectrum of civilizations.”

So next week, let Homer lead you to Homer and the great works of literature from around the world. And to second languages, to great art, to world religions, to a contemplation of ethics, to the study of the past. The benefits to you and to the world will indeed be priceless.

Michael Smith is an associate professor of history and environmental studies at Ithaca College. Email him at mismith@ithaca.edu.